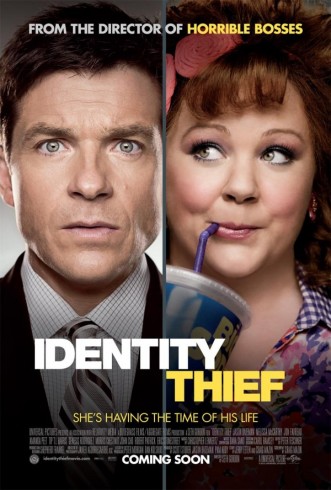 2013 is Melissa McCarthy’s year. The plus-size actress who blew up big laughs in “Bridesmaids” is making major comic waves with at least three features tailored to her fast-twitch style of physical humor this year. The first of which is director Seth Gordon’s (“Horrible Bosses”) laugh-out-loud road movie of opposites, which paints McCarthy’s Florida-dwelling identity thief character Diana as a walking sociopath of epic proportions. Jason Bateman plays straight-man Sandy Bigelow Patterson to McCarthy’s dance-move-busting crook. She can also sing along to any song that plays on a car radio — goofy hand gestures included. If cornered, she’ll punch her attacker in the throat. A suit-and-tie finance guy by day, family man Sandy is one of those pathetic people born every minute — you know, a sucker. Sandy falls for a phone-call scam committed by Diana, wherein she extracts his social security number and goes on to rob him of his “unisex” name. Buying many rounds of tequila shots for strangers at a local bar is one of the ways “Sandy” chooses to max out the real Sandy’s credit card. She also has an inexplicable affinity for guitars, blenders, and all form of cosmetic products. 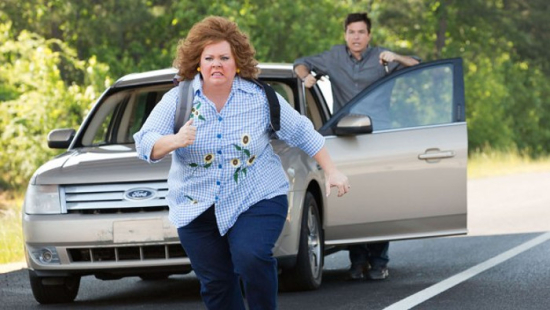 After suffering a dose of verbal degradation from his filthy-rich boss Harold Cornish (Jon Favreau), Sandy throws in with a group of similarly disenfranchised co-workers when they mutiny in order to start their own company. The blush of overnight DIY success dims when Sandy gets arrested by Denver, Colorado cops to answer for Diana’s illegal activities committed in his name many states away. A weeklong reprieve from his new job allows Sandy to track down his “Hobbit-like” identity double in Florida. Sandy plans on bringing Diana back with him to Denver to extract a confession from her that will exonerate him once and for all from her misdeeds. 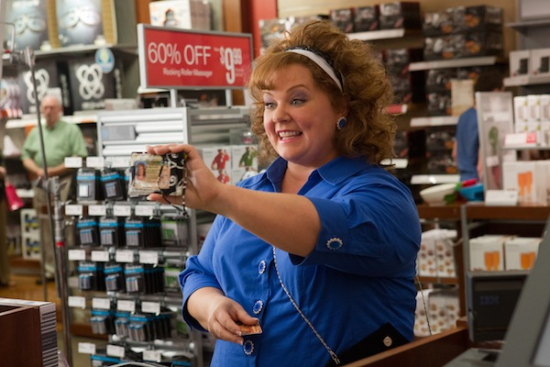 What follows is a series of hilariously rigged set pieces fueled by outrageous dialogue. One such humorously escalating episode unfolds at a bar where Diana flirts with a turquoise-jewelry-wearing cowboy appropriately named Big Chuck. Diana tells Chuck that Sandy is a “watcher” before the pair hit the dance floor to perform some dirty dancing while Sandy looks on in ambivalent disgust. The situational jokes explode when the trio makes their way to Diana’s and Sandy’s motel room. Diana encourages Chuck to verbally humiliate Sandy, who is forced to seek refuge in the bathroom while Diana and Chuck get down to some noisy nasty business.

One of the film’s best comic bits is as old as the hills. It involves a campfire and a snake. It would be a crime to give the scene away, but suffice it to say it incites some serious belly laughs. The movie is not without its faults. As is the current trend, the “Identity Thief” suffers from a series of false endings. As a result, the comedy peters out instead of closing out with the hoped-for bang that seems promised. Still, Bateman and McCarthy share a great comic chemistry together that more than compensates for the film’s flagging windup.