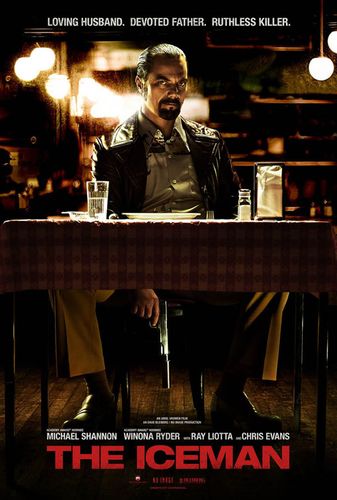 During the late ‘50s Kuklinski works a barroom pool table not far from his day (and night) job pirating pornographic tapes. He’s a pool shark with no patience for sore losers. An offended dupe who puts up a fuss after being defeated, gets his throat cut from ear to ear as he prepares to drive away in his car. For Kuklinski, the kill is a quick, quiet, and efficient way to reconcile his well-defended ego. He’s a walking definition of “paranoid personality disorder.”

An uncomfortable visit by the Gambino-connected Mafia kingpin Roy DeMeo (Ray Liotta) to Kuklinski’s porn lab makes a lasting impression on DeMeo. When one of his lackeys tries to pistol-whip Kuklinski, the hulking brute fights back and stands his ground in the face of probable death in the guise of the pistol pointed at his face. Fear evidently is not in his constitution. DeMeo takes note. The next day DeMeo gives Kuklinski a chance to earn his trust by knocking off a bum in broad daylight. DeMeo insures Kuklinski’s loyalty by holding on to the pistol with the “Polack’s” fingerprints forever stuck on it. 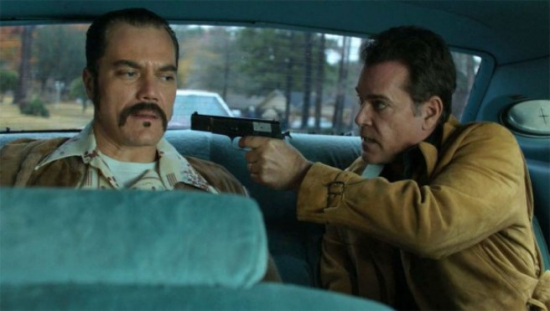 Having charmed Deborah (wonderfully played the underrated Winona Ryder), a self-effacing waitress at a New Jersey diner, Richard Kuklinski sets up house with his adoring wife. Whether or not Deborah believes him when he tells her he dubs voices for “Disney” cartoons is beside the point. Kuklinski plays the gentleman around her. She knows better than to ask questions. Years pass before Deborah gets a glimpse of her devoted husband’s other side.

A dramatically layered car-chase, with Deborah and the couple’s two daughters in the back seat, reveals Richard’s hair-trigger temper after he distractedly runs into a car in traffic. The suspense-laden episode unmasks cracks in the couple’s marriage, fissures that Richard Kuklinski soon fills in with enormous amounts of cash when he goes into a thriving partnership with Mr. Freezy (played by an unrecognizable Chris Evans). Freezy is a fellow contract killer with his own arsenal of tricks for offing people and disposing of corpses. He conceals his activities by operating an ice cream truck whose freezer makes for a convenient hold to deposit fresh kills. Freezy introduces Kuklinski to using powered cyanide as a covert method for delivering death, and to his preferred practice of freezing bodies for several years before disposing of them as though they were wrapped-up leftovers. Scenes of chainsaw-enabled dismemberment are graphic, and yet kept in check by the film’s dramatic tone, lighting, and tightly edited compositions. 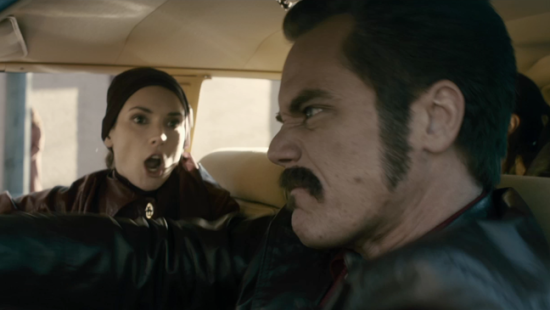 Tempting though it might seem, the filmmakers manage to avoid stepping into the trap of exploitation genre. The subject is horrifying, but “The Iceman” is not a horror movie. The film’s character-study aspect takes up most of the narrative space. A terse prison scene between Richard and his incarcerated brother — who raped a 12-year-old girl — affords a wealth of backstory in a resourceful way. The scriptural language is dense but clear. 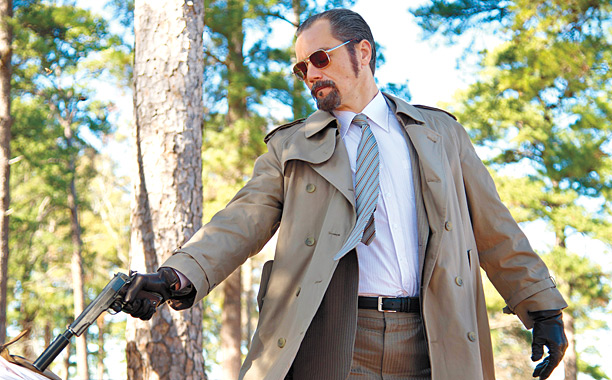 With so many substantial performances under his belt, it’s not accurate to term Michael Shannon’s exemplary work here as a “breakthrough performance.” It is nonetheless Oscar-worthy. Michael Shannon would have made a much more book-accurate version of Jack Reacher than Tom Cruise. Here, he creates a credible version of a serial killer credited with murdering somewhere between 100 and 250 men, many of whom were never found or identified. The effect is chilling.