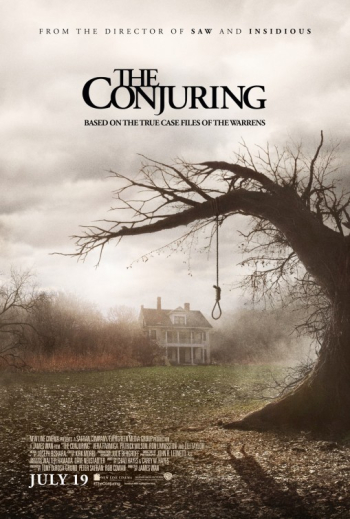 Since carving his name as a modern-horror director to be reckoned with, James Wan (“Saw” - 2006) has been moving steadily toward a less literal, more haunting, approach to the genre. “Insidious” (2010) evinced a maturity of creepy style and suspenseful execution to rival even the impressive work of Ti West (“The House of the Devil”), arguably the best young horror filmmaker working in the genre today.

Operating from a fact-based script, Wan serves up a memorable if relatively gore-free haunted house creep fest filled with ghastly surprises in a cool '70s retro-gothic atmosphere. Although anchored by a now-clichéd paranormal-investigator plot device, Wan takes full advantage of the obvious narrative framework to escort the audience through a historically-bound hell house where a working class family find themselves trapped by an age-old malevolent spirit with a lot of ghastly history and deadly tricks up its sleeve.

Ed and Lorraine Warren (Patrick Wilson and Vera Farmiga) are husband-and-wife paranormal investigators/authors with an off-limits basement full of possessed accouterments taken from their many encounters with the supernatural universe. An especially demonically contaminated doll sits inside its own locked glass case in their Connecticut house. Their young daughter knows better than to go into the cellar, but still can’t resist a little visit now and again. 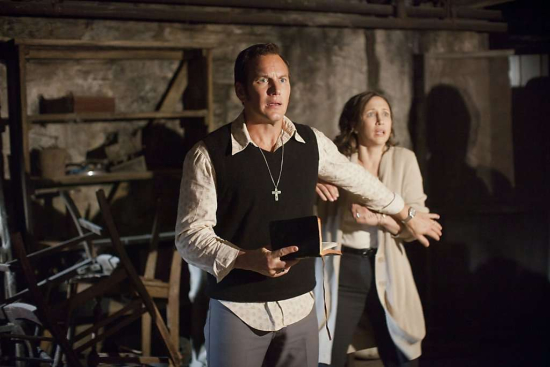 The couple dresses in the wide collar polyester styles of the era. The pair of college-lecturing experts on things that go bump in the night could have spawned their own ‘70s TV show — imagine “Charlie’s Demon Hunters.”

Blue-collar parents Carolyn and Roger Perron (played by the oddly cast Lily Taylor and Ron Livingston) move into a large but broken-down lakeside house in Harrisville Long Island with their five daughters. The “hateful” spooks that have inhabited the property and its land for more than a century waste no time sending a message for the family to take their leave, or else. All of the clocks stop at 3:07 am. Voices talk to the little girls. A grotesque female ghost makes frequent appearances. Pictures fall off the walls so many times that Carolyn doesn’t bother putting them back up anymore. The inexplicable murder of the family dog sends the couple to visit a nearby college where the Warrens are lecturing, in order to beg for their assistance.

Sure enough, the Warrens sense that horrible spirits possess the house during their initial visit. One malevolent spirit in particular means to bring serious harm to the newly arrived family regardless of where they attempt to run. 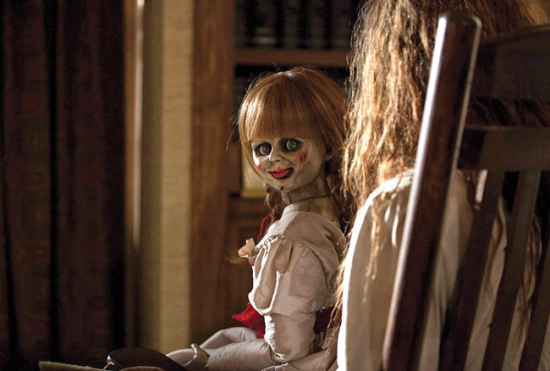 The Warrens return with their small team of assistants to set up cameras around the house, along with tape-recorders, to chronicle the evil that freely roams and terrorizes the innocent family. James Wan artfully employs handheld camera-work with inspired flourishes of shocking action to send goose bumps.

Lorraine is especially gifted with an ability to see into the dark spirit world, but each mysterious communication takes a toll on her — a detail that adds to the film’s sense of impending doom. Still, it’s Carolyn who is most susceptible to physical attacks from the demonic spirit at large. Shocking events transpire. 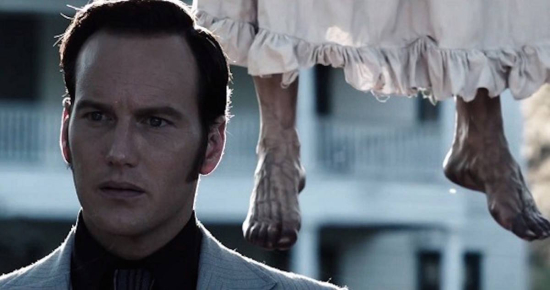 “The Conjuring” backs up its creaking floor and slamming door tropes with episodes of all-out terror to send its audience to bed with a worrisome feeling in the pit of their stomachs. Nightmares may follow.