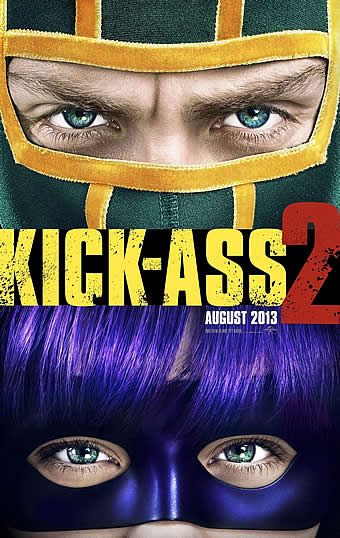 Exploitation-indoctrination cinema doesn’t come any crasser than this unnecessary follow-up to the first “Kick-Ass” (2010) movie. Initially adapting Mark Millar’s “creator-owned” comic book [illustrated by John Romita, Jr.] to the movies was a dubious endeavor at best. If you doubt for a moment that fanboy culture is dead, all you need do is witness this shark-jumping quagmire of anachronistic ideas and outré violence being mixed up like cucumbers and rocks in a blender. The main purpose of the script seems to be to observe how much offensive crap the writers can squeeze into the wanton mouth of a 15-year-old girl, whose days in the local detention center are long overdue if not imminent.

Chloë Grace Moretz (“Hugo”) further corrupts her budding career by returning to play the duel roles of Mindy Macready and her crime-fighting alter ego Hit Girl. Mindy is a prime candidate for a Tuourette’s Syndrome diagnosis. Mindy’s hair-trigger habit of shouting about “dicks” and “tampons” like a broken victim of child-abuse makes her sound like a genital-obsessed girl who has been around the block more times than a New York City taxicab. Sexualizing violence is a major part of the filmmakers’ agenda. 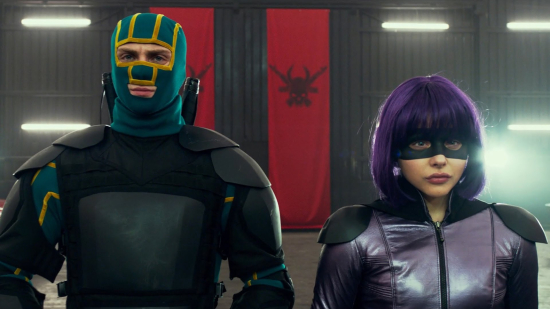 Director Jeff Wadlow (“Cry_Wolf”) picks up where Matthew Vaughn left off after guiding the franchise’s initial hard-R installment. “Dumb-Ass” would have been a better title for that film, which introduced Dave Lizewski (Aaron Taylor-Johnson) as a bullied high school student willing to sacrifice his body to whatever gang of thugs could give him the worst beating of his life as a “real-life-superhero.” If there could be such a thing, little Dave would have to take on challenges like leaking radiation, Wall Street thieves, countless bankers, and the NSA in order to be of any use to America’s crumbling society. If you want to stop crime, go for the root, not some contrived “evil army” made up of Mafioso knock-offs as presented here. Trenchant social satire is not part of the “Kick-Ass” schematic. Neither is the transgressive statement that the filmmakers imagine they are making. Every big-spectacle explosion reminds you that “Kick-Ass 2” is an over-budgeted exercise in a cosplay male fantasy.

Where a hilarious satire like John Waters’s brilliant “Serial Mom” (1994) made a splash for its joke-riddled grilling of suburban American horribleness, “Kick-Ass 2” is so sloppy in its conception that’s painful to watch. 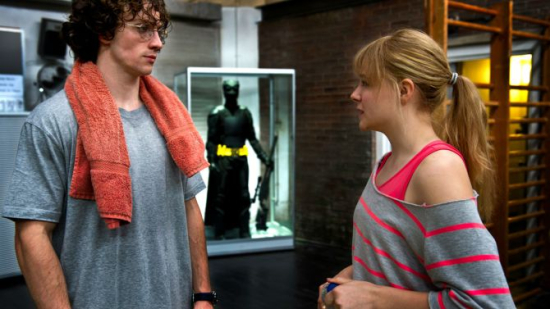 Since the first movie, Dave has turned his masochist tendencies into a pathetic relationship with Mindy. Dave likes to “be beaten like morning wood.” Mindy is only too happy to oblige Dave by shooting him with a handgun whose bullets, she happily informs him, travel at “700 miles per second.” Granted, Dave is wearing a bulletproof vest in the face of Mindy’s lethal discharges, but don’t be surprised when news reports announce an uptick in incidences of adolescent deaths due to reckless gunplay after the movie opens.

“Kick-Ass 2” is more sleazy than comic, more violent than fun. Its best moment of physical humor comes from a scene in which Mindy tries out for the cheerleading team. A stuck-up preppy girl with canned modern dance moves goes first. When Mindy breaks into a gymnastically inspired series of leaps and flips, she shuts out the competition with her commanding agility. For a brief moment the movie breathes, but only for an instant. 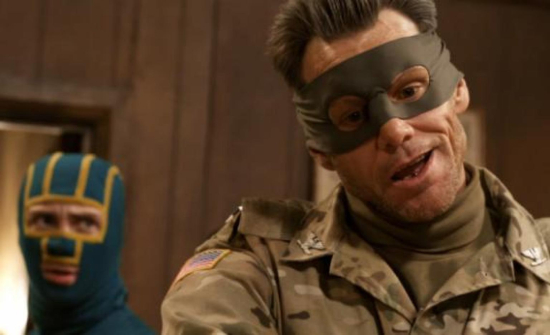 Hyperbolically sloppy in its raunchy depiction of torture and murder committed by and in the presence of adolescents, the movie wants to be a primer for young audiences to revel in a brutal fantasy that is closer to a nightmare than an enjoyable reverie. ‘”Kick-Ass 2” is an irrational and irresponsible depiction of youthful endeavor, violence, cynical romance, and humor. This movie sucks big time.