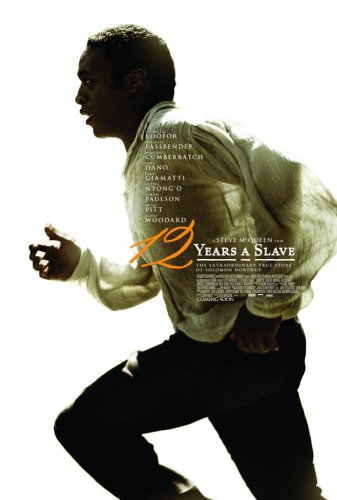 Steve McQueen is not that Steve McQueen. Also, he's not a storyteller. McQueen Deux is an exploitation filmmaker who dabbles in outré subject matter in order to pass his phony self off as an artiste. He’s a cinematic quack who has somehow managed to fool a large part of the critical community into believing that his films contain more meaning than their half-assed executions indicate — much less represent.

The three feature films credited to the director, who shamelessly shares the same name as one of America’s most iconic actors, prove my point.
“Hunger” (2008) is a one-note filmic screech about IRA icon Bobby Sands’s famous hunger strike. The focus of the film involves Sands (played by McQueen regular Michael Fassbender) smearing his cell walls with feces. It reminds me of the Joe Jackson song “I’m the Man,” wherein Jackson’s invented huckster character taunts his fad-following audience about a “giant rubber shark” he uses to get through to them via their kids. “Didja looka looka lookit alla blood?” Insert “bodily waste” in place of “blood” and you get the idea: nothing wrong with gross, lots wrong with pointless.

McQueen’s second movie “Shame” (2011) is a rough outline of a story about an oh-so-wealthy sex addict. The film culminates with a montage of pornographic still images which serve only to emphasize how unclear McQueen is on the concepts of sex addiction and pornographic stimulation. It's like watching half a normal film’s worth of narrative content stretched out by way of its ostensibly titillating subject matter. Borrrrrring. 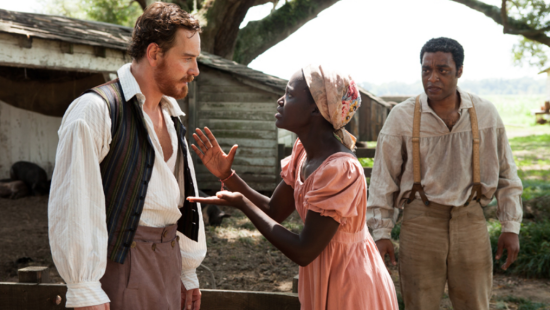 This is a movie for Confederate-flag wavers to get their jollies. Nothing more. It's 1841. Chiwetel Ejiofor plays Solomon Northup, an African-American “free man” who lives in New York. He is possessed of a superior intellect and a musical gift for the violin. There’s just one department where Solomon Northup comes up short — in the area of common sense. While walking in a public park dressed in fine clothes, two men approach Solomon with a proposal to take him on the road as part of a travelling circus, where Solomon’s violin-playing will be prominently featured — much to his financial benefit. Cue the sad trombone. These are clearly conmen. As is McQueen. After the buildup, it’s demeaning to the film that the weeks during which Solomon allegedly performs music to the delight of paying audience members is not included.

Rather than develop the subplot upon which the story is based, the film jumps to a scene in which Solomon is drugged and kidnapped in Washington D.C. Cut to the suddenly demoted black citizen being whipped for several minutes by his callous captors. Oh the brutality. “Didja looka looka lookit alla blood?”

Once enslaved on a plantation, Solomon betrays his slave brethren by turning into a human template for Harriet Beecher Stowe’s character Uncle Tom. Solomon falls over himself putting his engineering knowledge to use for his plantation owner William Ford (Benedict Cumberbatch). Eventually, Solomon learns to play dumb — once again displaying the demeanor Tea Party members will appreciate as they fiddle with the safeties on the sweat-covered pistols they’ve smuggled into Southern cinemas.

Based on Solomon Northup’s 1853 autobiography “Twelve Years a Slave,” Steve McQueen’s film is at best the work of an untrained filmmaker ill-prepared to elevate the efforts of an equally imprecise screenwriter [John Ridley – “Red Tails”]. If Steve McQueen would fully embrace his calling as an exploitation director, he might eventually achieve his desired effects.

Quentin Tarantino’s slavery masterpiece “Django Unchained” facilitates a catharsis that “12 Years a Slave” never even glimpses. Better to watch, or re-watch, “Django” than squander your time with this latest atrocity from Steve McQueen — no, not that Steve McQueen.