INSIDE LLEWYN DAVIS — THE CRITERION COLLECTION 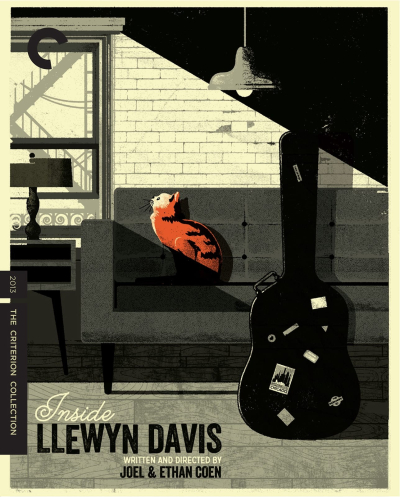 The Coen Brothers are master curators of culture. You can see it as far back as their debut film “Blood Simple,” a gritty neo-noir that exulted in the genre’s tightly-knit excesses of stylistic flourishes of atmosphere, language, and of course, violence. The Coens had a clear vision of how they wanted to update the genre while honoring its original intentions.

“O Brother, Where Art Thou?” announced the Coen’s esoteric interest in the roots of American music with a movie built on the storytelling power of song, pinned to the myth of Homer’s Odyssey. T-Bone Burnett’s venerable curating and musical arrangement skills contributed emphatically to that film’s mesmerizing effect. “Inside Llewyn Davis” is another musically inspired response to the muse from which “O Brother” resulted — namely T-Bone Burnett. He’s no longer America’s best-kept secret. 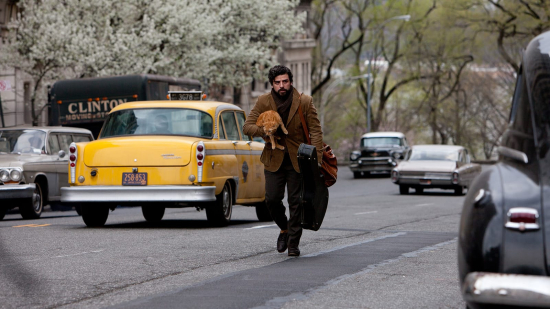 Here, Ulysses takes the form of a wayward orange tabby cat whose true identity is malleable. The blues, bluegrass, and gospel songs of “O Brother” evolve into the folk revival movement of the late ‘50s and early ‘60s, which sought to carry on the vocal tradition.

“Inside Llewyn Davis” hits the ground running. Oscar Issac plays the title character, a folksinger patterned loosely on Dave Van Ronk, without pretense. Isaac's proficient musical performance is a jaw-dropping revelation. Issac accompanies himself on guitar, singing the old-style song that Van Ronk once recorded — “Hang Me, Oh Hang Me” — in a West Village café during the few barren weeks or months before the folk music movement exploded with the likes of Bob Dylan. Issac is better than convincing; his musical accomplishment is irrefutable. Hairs stand up on the back of your neck. 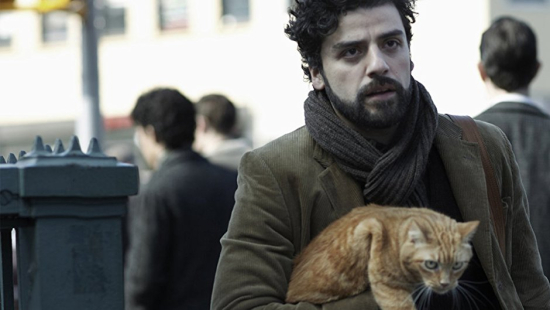 The indelible song is one of many examples of a folk music tradition revived by old-soul musicians during the early ‘60s. They came to downtown Manhattan as solo performers, duos, trios, and quartets looking for a small slice of the music business to provide a modest lifestyle that would allow them to continue sharing the songs they loved.

The movie offers a composite musical vantage point of the era’s social realism against a backdrop of Cold War America. Llewyn gets word that a man would like to speak to him in the alley. It seems Llewyn isn’t as popular as his singing and guitar talents would decree. The large male figure that waits gives Llewyn a nasty beating for reasons that will become clear moments before the circular narrative closes. As well as Llewyn sings, most people he comes into contact with treat him with a depth of contempt usually reserved for mangy dogs with three legs — regardless of how apt the comparison might be. 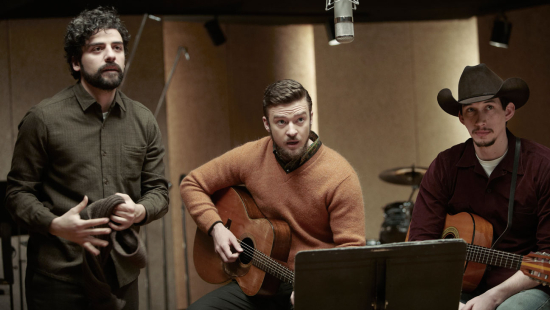 Llewyn spends his hours schlepping around figuring out whose couch he will sleep on next. It doesn’t help that he carries with him a cat belonging to a kindly Columbia professor, because the animal slipped out as the door closed on Llewyn — another couch story. Returning to Jean (Carey Mulligan), a folksinger floosy with whom Llewyn helped cheat on her boyfriend Jim (Justin Timberlake), doesn’t go well. Jean berates Llewyn like a banshee with a bad case of PMS. Evidently Jean bottles up her hostility so she can dump it on Llewyn whenever opportunity allows. 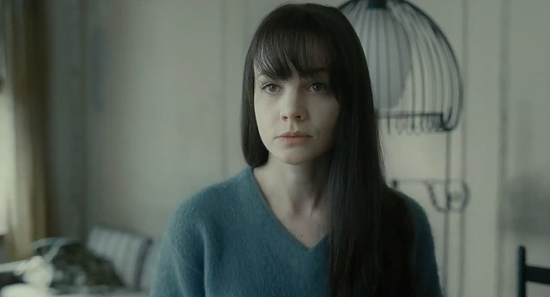 A visit to his sleazy agent places Llewyn in the crosshairs of more hostility, albeit of a more greed-based variety. The film’s centerpiece occurs after Llewyn shares a contentions ride with Roland Turner (John Goodman), a drug-addicted blues singer and his less-than-friendly driver (Garrett Hedlund). Llewyn makes his way through snowy Chicago streets to audition for Bud Grossman (F. Murray Abraham), a famous club owner and talent manager who takes literally the title of the album Llewyn pitches (“Inside Llewyn Davis”), and requests just such a view. Without ceremony, Llewyn sings “The Death of Queen Jane” with enough controlled passion to peel wallpaper.

Social changes on the horizon killed off a vibrant genre of music as quickly as it had grown. The Coens’ gift for making their audience feel like welcomed members of an elite club has never felt more sincere.

Posted by Cole Smithey at 03:04:54 PM in Criterion Collection, Drama