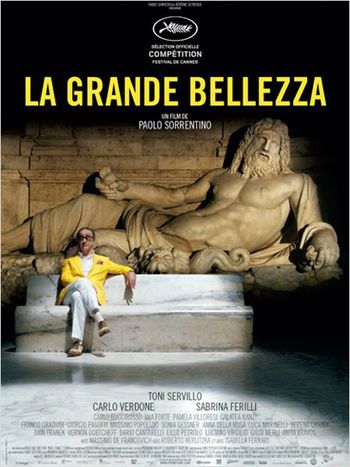 A virtuosic cinematic achievement of epic proportions, Paolo Sorrentino’s formalized comment on modern-day Rome is a visual and satirical feast. Taking cues from Federico Fellini’s “La Dolce Vita,” the gloriously expansive film establishes Sorrentino-regular Toni Servillo as Jep Gambardella, a veteran dilettante journalist of Rome’s celebrity and arts culture who has successfully insinuated himself as a member of the city’s elites. His claim to fame derives from a still-celebrated novelette [“The Human Apparatus”] he wrote as a young man. Jep is a sycophant through and though. His eye for style is cheapened by his worship of the false promise such affectations hold. As an updated version of the breezy character that Marcello Mastroianni played in “La Dolce Vita,” Jep is older and therefore wiser.

The occasion of Jep's 65th birthday gives cause for reflection. The nubile girl who first stole Jep’s heart when he was a virile young man haunts him as an object of desire and emotional motivation whose “great beauty” resonates with that of Rome’s ancient architecture and pretentious culture — even if much of that floats over abyss of abject corruption. 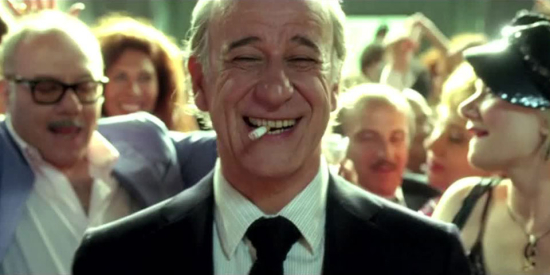 Sorrentino lays the foundation for his boldly extravagant film with a quote from Louis-Ferdinand Céline’s “Journey to the End of the Night.”

“Travel is useful, it exercises the imagination. All the rest is disappointment and fatigue.
Our journey is entirely imaginary. That is its strength.

It goes from life to death. People, animals, cities, things, all are imagined.

And besides, in the first place, anyone can do as much. You just have to close your eyes.

It’s on the other side of life.”

Cinematographer Luca Bigazzi’s shifting camera unceasingly frames decorous compositions to simultaneously celebrate, provoke, and reveal layers of a dynamic culture unlike anywhere else in the world. 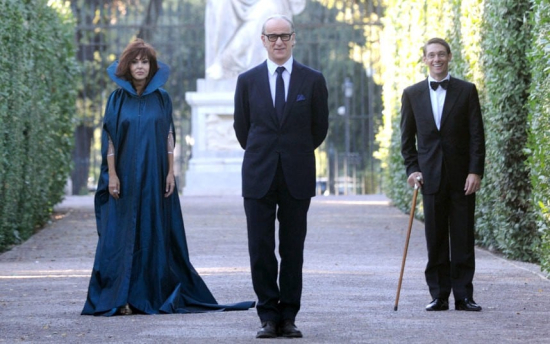 At once glamorous and impure, every social setting — be it a lavish party, a strip club, or a dinner with the Catholic Church’s 104-year-old patron Saint of poverty — every scene breathes with a painterly attention to detail toward capturing Rome’s beautiful and ethereal qualities.

Paolo Sorrentino is one of the few truly visionary filmmakers working today who utilizes the power of cinema to embrace and elevate an overflowing wealth of ideas, attitudes, and realities. I promise, you will be stuffed after seeing “The Great Beauty.”