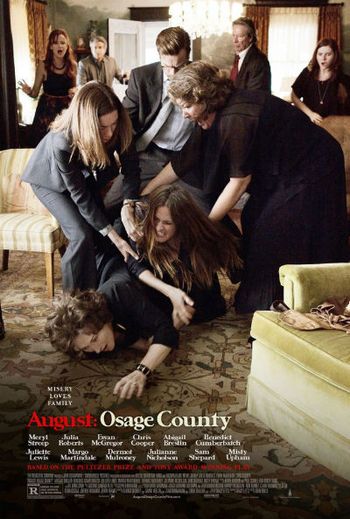 Tracy Letts’s Pulitzer Prize-winning play loses an hour-and-a-half from its original running time, but none of its dramatic impact in the playwright’s own screenplay adaptation. Arriving during the holidays, when American family members reunite — many against their better judgment — “August: Osage County” is an intrepidly dramatic reminder that there are similarly flawed, if not worse, familial units out there.

In the most fearless performance of her career Meryl Streep is Violet, the pill-and-cigarette addicted, cancer-suffering matriarch of a dysfunctional Oklahoma family. Vicious, racist, greedy, and more belligerent than passively aggressive, Streep’s Violet Weston is a real piece of work. Endless glasses of whisky and reading T.S. Eliot no longer provide escape for Violet’s long-suffering husband Beverly (wonderfully played however briefly by Sam Shepard). Suicide is the only way for Beverly to be rid of the bitch.

Beverly’s funeral occasions a family reunion to end all such gatherings for the Weston clan. Any doubts that Violet is one of the most irredeemably selfish and obnoxious human beings on the planet are laid firmly to rest.

Of Violet’s three daughters, only Julianne Nicholson’s enigmatic Ivy has stuck around to care for the woman who makes the Wicked Witch of the West seem like Cinderella by comparison. Ivy knows how to keep Violet at arms length but still isn’t immune from getting burned by her cunning mother when she lets the sparks fly. Nicholson is masterly in a role replete with hidden passions. A subplot involving her cousin Little Charles Aiken (Benedict Cumberbatch) is cause for more one surprise. 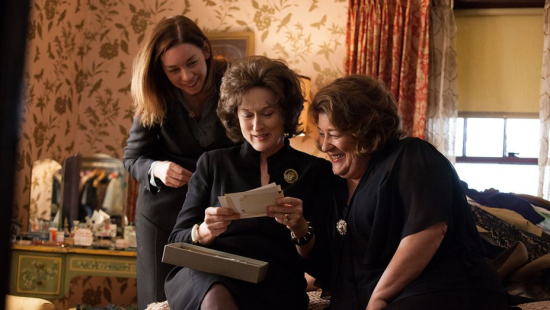 Barbara (played by Julia Roberts in the film’s only miscast role) arrives with her estranged husband Bill (Ewan McGregor) and their pot-smoking teenaged goth daughter Jean (Abigail Breslin). Juliette Lewis’s loopy Karen shows up with her trophy fiancé Steve (Dermot Mulroney), whose sleazy business dealings are a reflection of the way he conducts his romantic, or at least lust-fueled, diversions. Mulroney’s participation in an explosively funny yet troubling scene underscores the rugged landscape of Letts’s familial minefield. Some explosions are bigger than others, but they don’t let up for a minute.

The narrative showpiece is a dinner-table family scene that builds in a symphony of discordant attacks, as conducted by Violet in full malicious voice. Streep comes in sharply on every beat in a blinding display of indecency. Everything gets spilled; everything gets broken. 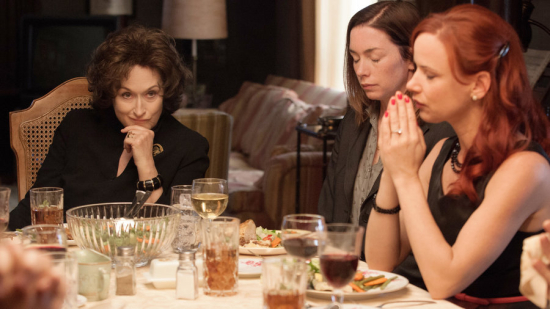