Barbara Streisand takes over the feminine human incarnation of Bugs Bunny’s free-spirited cartoon character in Peter Bogdanovich’s enthusiastic homage to the screwball comedy. When Bogdanovich brought in screenwriting wiz kid Buck Henry to flesh out the finished script for “What’s Up, Doc?,” screwball was considered to be a relic of the past. The last one before it was Stanley Kramer’s “It’s a Mad, Mad, Mad, Mad World” in 1963.

The year was 1972, and Bogdanovich had two of Hollywood’s biggest stars playing against type. Ryan O’Neal was still basking in the limelight of his Best Actor Oscar nomination for “Love Story” (1970). Barbara Streisand was an established recording artist in the midst of a cinematic hot streak beginning with “Funny Girl” (1968) to her appearances in “On a Clear Day You Can See Forever” and “The Owl and the Pussycat” (both from 1970). 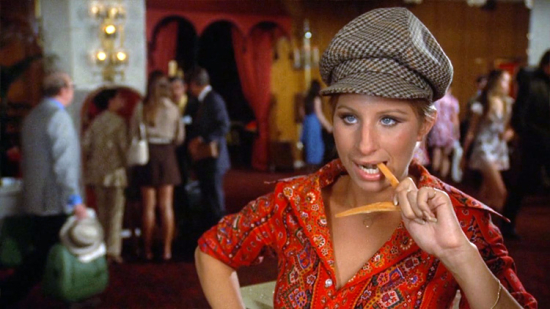 A classic page-turning opening credit sequence features Streisand singing the film’s Cole Porter theme song, “You’re the Top.” The effect is wildly disarming. When Streisand’s youthful gypsy Judy Maxwell later sings “As Time Goes By” in a sexy duet with O’Neal, she grounds the humor with a purely earthy performance that is flawless as it is sensual. Streisand makes everything seem easy.

Armed with an encyclopedic knowledge of screwball comic tropes, devices, and gags, Bogdanovich was coming off his own crazy success with “The Last Picture Show” — a film that was critically compared to “Citizen Kane” at the time of its release. With the crucial aid of Buck Henry, Bogdanovich had a made-to-order screwball comedy with plenty of room for physical embellishments to bounce atop its narrative trampoline of amusing possibilities. 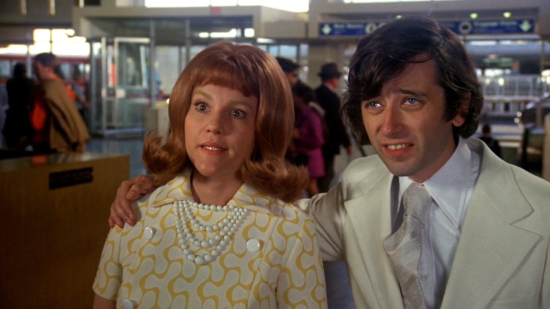 Ryan O’Neal’s stuffy Iowa musicologist Howard Bannister is visiting San Francisco with his annoying fiancée Eunice (Madeline Kahn) to participate in the Congress of the Musicologist Convention. Howard is vying against a few other professors for a grant being offered by Frederick Larrabee (Austin Pendleton), a wealthy playboy. 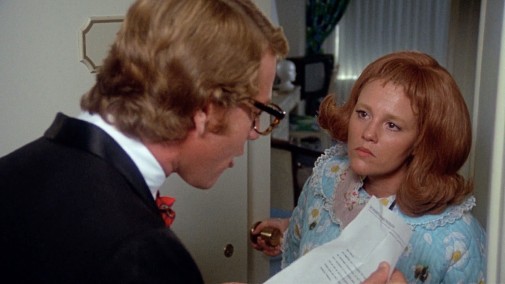 From out of the blue, the footloose Judy appears in Howard’s hotel lobby. Eating carrots as a nod to Bugs Bunny, Judy shamelessly flirts with Howard. She insists on calling him Steve just because he looks like a Steve to her. O’Neal plays the stoic straight man to a tee, incorporating elements of misdirection and comic timing to let Streisand’s slinky Judy have her way. Still, Judy is a walking disaster area. Things have a way of crashing or burning when Judy is around. 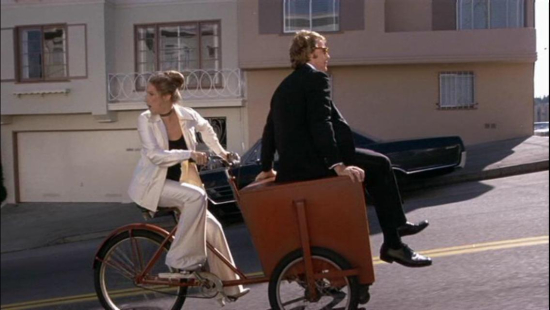 Adding to the joy of its endless jokes, innuendo-laced humor, slapstick gags and dangerous stunts, is the film’s unforgettable chase scene involving Howard riding atop the front of a delivery tricycle with Judy peddling the unstable cart up and down San Francisco hills. The sequence is filled with the dangerous destruction of vehicles and city property alike. Seeing O’Neal and Streisand riding their bike through Chinatown inside the mouth of a giant paper dragon is an image that you never forget. Judy and Howard enjoy a honeymoon’s worth of adventure running around San Francisco with bags of jewels, state secrets, and women’s underwear. It is a screwball comedy after all.

Posted by Cole Smithey at 07:03:33 PM in Screwball Comedy