Bloody Sandals
“300” Sequel Only Works When Eva Green is Onscreen 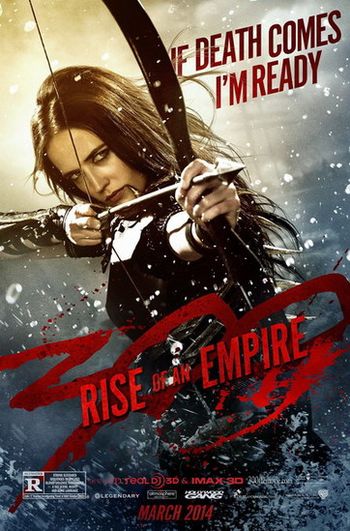 “300: Rise of an Empire,” of the sword-and-sandal hybrid war franchise based on Frank Miller’s (“Sin City”) graphic novel, fumbles through this superfluous sequel to “300” (2006). Huge sheets of splaying dark red blood splatters across the screen during gory battle sequences between half-naked, heavily muscled soldiers wielding swords to decapitate and slice open their generic rivals. The video-game-inspired 3D effects come off as a novel graphic display the first couple of times you see them. But by the third, fourth, and fifth go-rounds, boredom sets in.

Yet from its drab saturated visual design you would hardly notice that a different filmmaker is calling the shots. Likely an attempt to mask the film’s extensive use of computer-generated imagery, the dull color palate on display has a sleep-inducing effect. It numbs the audience. 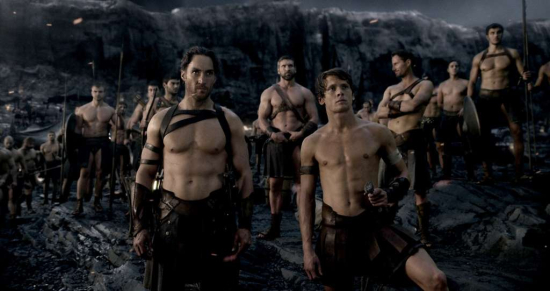 The year is 480 B.C. — the same period covered in the first film. Whereas “300” dealt with the Persian attack on Sparta, the war is now viewed from Greece’s seaside city of Athens, where the Persian warlord Xerxes’s enormous armada of ships threaten to take over.

It’s revealed that Themistocles (Sullivan Stapleton) loosed the arrow that finished off the Persian King Darius during battle. Flashback sequences expose the war goddess Artemisia’s troubled history of brutal abuse at the hands of her fellow Greeks, which turned her into a fierce enemy of her own people. She is widely feared for “selling her soul to death himself.” Artemisia now leads Xerxes’s 1000-ship fleet. Significant too in this revved up cartoonish version of ancient history is the bizarre method that Xerxes (played by a returning Rodrigo Santoro) uses to transmute himself from a mere mortal to a golden-skinned god adorned with a plethora of gold chains and necklaces. 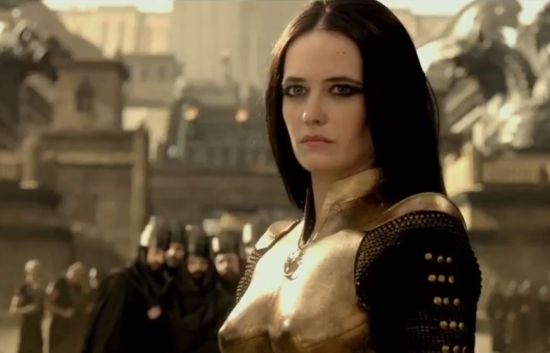 For all of its brief stabs at putting the story into an historic context, “300: Rise of an Empire” is too visually and aurally cluttered for much if any of the exposition to stick.

What we do know is that Eva Green’s Artemisia is the baddest warrior of them all. With Green’s goth-girl make-up and dangerously spiked-back corset firmly in place, the bedroom-eyed French actress chews more scenery standing still than any of film’s big-spectacle battle scenes combined. When Artemisia kisses the lips of a man immediately after severing his head from his body, she precedes Salome’s femme fatale by 500 years. Emotionally, Artemisia is a well-oiled machine. The film earns its R-rating during a rough-sex scene in which Artemisia seduces Themistocles to entice him to join with the Persians. She not only takes the wind out of her lover’s sails, but also hijacks the story as its most intelligent, ruthless, and lusty participant. 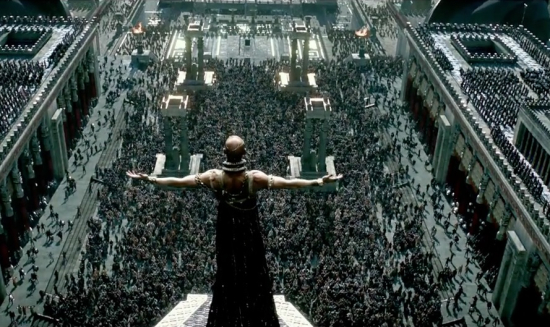 Culminating with the battle of Thermopylae — in which Xerxes’ ships funnel into a fog-shrouded Greek trap in the Gulf of Malia on the eastern Aegean Sea — the movie compresses into a static episode. There is no pleasure to be taken from Themistocles’s winning strategy because Sullivan Stapleton’s portrayal is so painfully flat. Instead we wait patiently for Artemisia to return to the screen for her final curtain call. Eva Green so outclasses the brittle source material and plodding storytelling beneath her that rather than elevate the film, she abandons it. If only Frank Miller had written a graphic novel entitled “Artemisia” instead of “Xerxes.” Heaven knows this film only works when Eva Green is on screen.