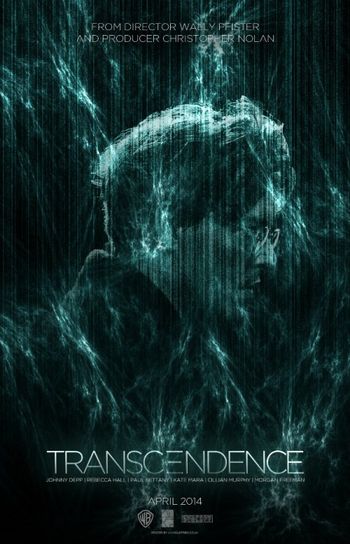 In spite of its many assorted plot-holes, “Transcendence” is a captivating sci-fi movie, thanks to strong performances by a stable of reliable actors. Another key to the experience is a romantic hook at the heart of its high-concept trappings. This visually stunning movie is the work of cinematographer-turned-director Wally Pfister, whose estimable efforts on such big spectacle action movies as Christopher Nolan’s “The Dark Knight” and “Inception” firmed up his credentials. 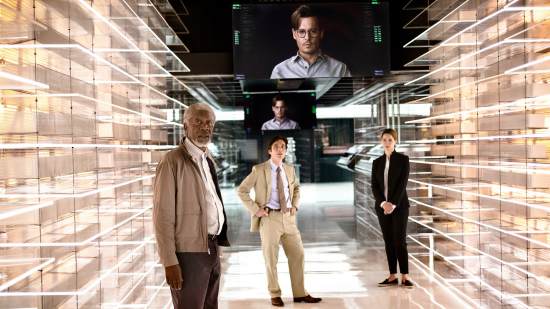 Artificial intelligence is the name of this game. Will Caster (Johnny Depp) is an unrivaled genius at the science of creating thinking-computers. He’s trying to create a complex computer system that possesses “sentience and collective intelligence.” Will dreams of uploading a machine with “a full range of human emotion,” and an “analytical power greater than the collected intelligence of every person born in the history of the world.” What could go wrong?

Will’s romantically loyal wife and A.I. researcher partner, Evelyn (Rebecca Hall) is even more ambitious than her husband in their controversial attempt to put God in the machine. Doesn’t man always play God? Their co-researcher Max (Paul Bettany) has ethical doubts, but goes along for the ride, though only to a point. Max has smallish ambitions for the project. He wants to cure cancer, and save lives. Yawn. 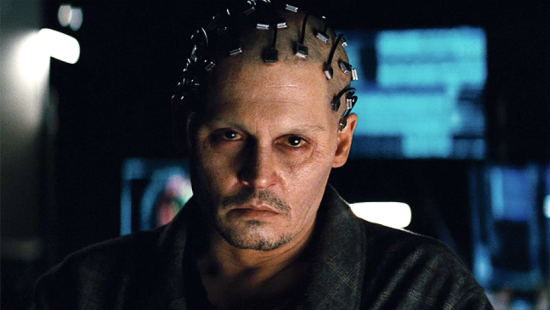 An assassination attempt by a Luddite activist/terrorist group known as “RIFT” (Revolutionary Independence From Technology), at a conference where Will is the keynote speaker, puts him at death’s doorstep. The suicidal assassin goes so far as to spike his bullets with polonium, the same radioactive element used to kill KGB agent Alexander Litvinenko and possibly Palestinian leader Yasser Arafat. Spoiler alert: the only way to “save” Will is to upload his brain to a mammoth computer system ostensibly capable of controlling, well, everything on the planet and beyond. 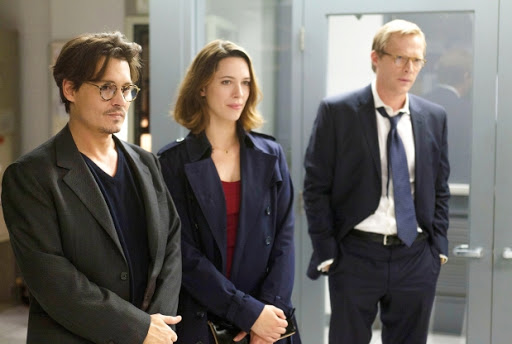 Voilà, Will’s “transcendence” occurs. The all-seeing and all-knowing machine-man inhabits a universe of nanotechnology-assisted existence that breeds exponentially though the Earth’s molecules. Air and dust particles belong to Will. The Will-machine has the ability to restore sight to the blind and heal the critically injured. Amass enormous wealth overnight — check. End all war — probably. Cure global warming — possible. Again: what could go wrong?

At Will’s behest, Evelyn sets up shop for the mammoth computer in a remote and impoverished California town. In an echo of the NSA's massive data farm in Utah, she hires Martin (Clifton Collins Jr.), a local contractor, to manage the building of a massive solar-power farm to run the mega-computer system kept five stories underground.

Sadly, the story runs aground in every direction it turns. Cillian Murphy has the thankless role of Federal Agent Buchanan, who is in charge of destroying Will’s fast-evolving machine that would — based on the information provided — already be able to defeat any army of any size before it began to mobilize. The skeleton crew military troop that Buchanan assembles to bring down the machine is laughable for its tiny scale. 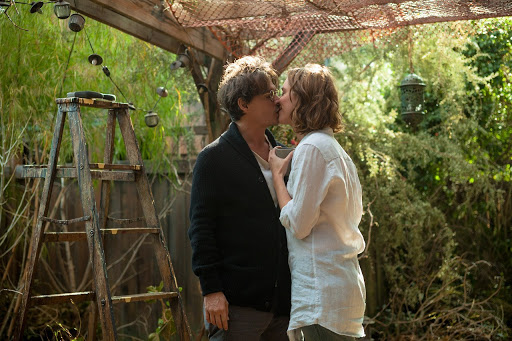 “Transcendence” nonetheless keeps you intrigued for its misleading plotline, which wins the audience over to the machine’s side before reneging on the gambit. It provokes the audience to hypothesize on questions such as the potential power of the NSA to transmogrify into an A.I. machine capable of untold deeds, good, bad and ugly. Here is one of the first sci-fi movies in a long time to get out in front of where modern technology already stands. It sets the stage for other forward-thinking films to come (see the forthcoming “Lucy” in which Scarlett Johansson’s character becomes an omni-intelligent human being). Artificial intelligence is imminent. The question is, whose or what's ends will it serve?