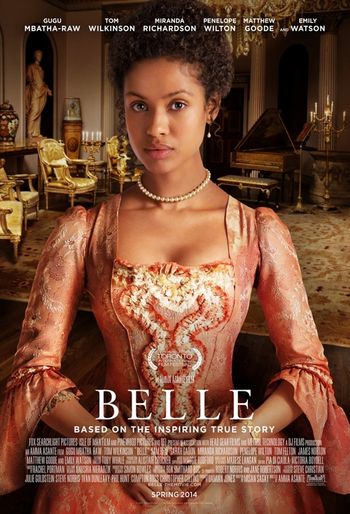 Fated to be inexorably linked to “12 Years a Slave” by virtue of its slave-related subplot — “Belle” is an accomplished period drama firmly in line with the top-drawer production values and exquisite performances found in Merchant Ivory’s films. “Belle” follows Ralph Fiennes’s recent Charles Dickens biographical drama (“The Invisible Woman”), reviving the elevated period style and gravitas that producer Ismail Merchant and director Ivory delivered with so much consistency over 45 years that their films were too often taken for granted.

A 1779 painting of the mixed-race Dido Elizabeth “Belle” with her white cousin Elizabeth hangs in Scotland’s majestic Scone Palace. This formal work inspired screenwriter Misan Sagay to take dramatic liberties in crafting Belle’s story into a satisfying, historically relevant narrative dipped in romance. If Sagay has tampered with history, she has done so in the service of uniting emotional, social, and political elements toward a film of dramatic weight. 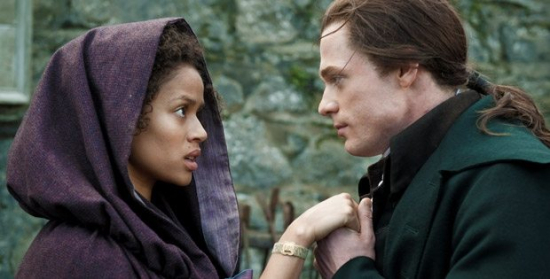 With her second feature film, director Amma Asante far outclasses Steve McQueen’s exploitation trip (“12 Years”) in her brightly embellished telling of Dido Belle’s unique circumstances after being placed in the seat of 18th century English aristocracy — as occupied by Lord Mansfield, the chief justice of England’s highest court. Belle’s presence at Mansfield’s Kenwood House estate comes to influence the chief justice’s ruling on a high-profile slavery case — known as the “Somerset” case — involving a slave-ship captain’s decision to throw 142 “diseased” slaves (“cargo”) overboard to cash in on the insurance.

Gugu Mbatha-Raw’s expressive portrayal of the poised Belle is certain to draw shallow comparison in some circles with Lupita Nyong'o’s supporting effort in “12 Years,” even though Mbaha-Raw’s Belle is a far more ambitious role. Much of the film’s success relies on Mbaha-Raw’s composed but fiery performance as a woman whose very existence is at odds with every aspect of her gilded surroundings.

Upon the death of Belle’s mother, Sir John Lindsay (Matthew Goode), an admiral in the Royal Navy, rescues the illegitimate mixed-race girl from a life of poverty. Without warning Sir Lindsay deposits Belle in the care of his uncle Lord Mansfield (Tom Wilkinson). Lord and Lady Mansfield (Emily Watson) are initially taken aback by the mulatto girl but agree to care for her as their own, even if their definition of such privilege means that Belle be excluded from dining with the family. 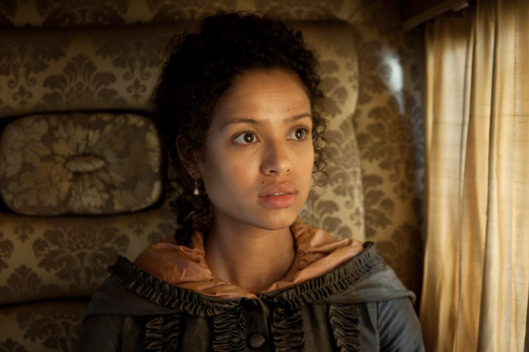 The arrival of John Davinier (Sam Reid) as a legal apprentice to Lord Mansfield ignites a romantic spark between Belle and Davinier. Belle’s simultaneous initiation into the courtship rituals of British high society coincides with that of her beloved half-cousin Lady Elizabeth Murray (Sarah Gadon), whose apparent racial advantage proves no contest for Belle’s stronger financial standing, thanks to her generous father’s bequeathed fortune.

“Belle” is a quiet triumph of women’s filmmaking. There’s no ignoring the fact that its female screenwriter, director, and leading actress exert a powerfully focused editorial voice that harmonizes perfectly. Significant too are the film’s women in supporting parts. Miranda Richardson is gleefully cunning as Lady Ashford. The movie synthesizes a wealth of historic elements with wit, romance, and scathing social commentary. A better “family” film, you are not likely to find this season.