THE DANCE OF REALITY 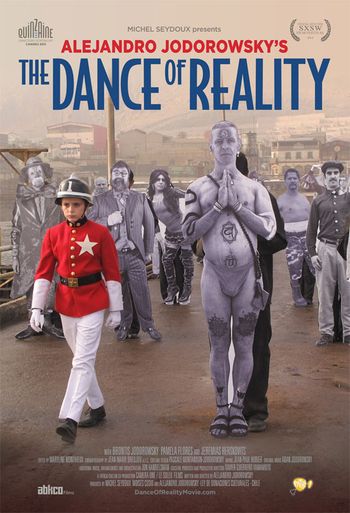 After a 23 year hiatus from making feature films — his last was “The Rainbow Thief,” a 1990 work-for-hire film starring Peter O’Toole and Omar Sharif that he later disowned— Chilean director Alejandro Jodorowsky makes a striking return to filmmaking. Arriving on the heels of “Jodorowsky’s Dune,” the recent documentary about the visionary filmmaker’s audacious attempt to make the most outlandish science fiction movie of all time, “The Dance of Reality” hopes to attract a new generation of audiences hungry for Jodorowsky’s individual brand of anti-commercial cinematic art.

Comparisons to Fellini’s 1973 film “Amarcord,” an art-house coming-of-age comedy featuring buxom women, are inevitable if only for a shared fascination with imperfect examples of humanity and the authorial social mechanisms that restrict it. 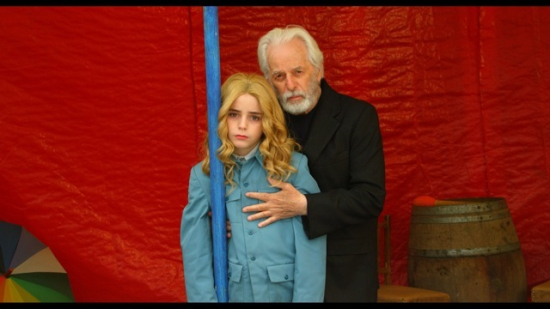 Dubbed an “imaginary biography,” “The Dance of Reality” presents a metaphor-filled cinematic version of “psychomagic,” a tarot-derived therapy Jodorowsky developed to cure his emotional and physical health after the death of his third son Teo. Here, with the help of his three adult actor-sons and his costume-designer wife Pascale, Jodorowsky reconciles his troubled relationship to his impoverished hometown of Tocopilla — a mining town on Chile’s Northern Coast known by locals as “the devil’s corner” that rejected him because he was Jewish — and to his callous parents, whose mistreatment during childhood left deep psychological scars.

Drawing on the philosophies of Ludwig Wittgenstein and Carl Jung, Jodorowsky presses his astute anti-imperialist stance during a personally delivered exposition that introduces the film. Gold coins fall and clink around him in slow motion to the strains of a peppy jazz tune. Jodorowski's narration compares money to blood (“it gives life if it flows”), and to Christ (“it blesses you if you share it”), before describing how money “damns those who glorify it. The is no difference between money and conscience,” or between “conscience and death.” Finally, he proffers there is “no difference between wealth and death.” Jodorowsky’s intention is clear; he seeks to recalibrate his audience’s core value system. With repeated viewings, he might just succeed. 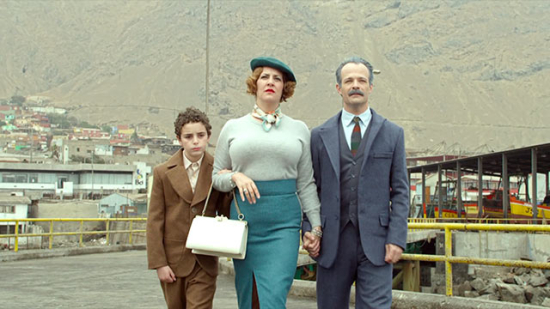 Jodorowsky’s meta-consciousness hangs over every frame that follows as a benevolent sage/doctor dutifully assisting the audience on their journey through his reimagined past toward a bright and healthy future.

Sporting long blonde hair, a prepubescent Alejandro (Jeremias Herskovits) visits a circus with his father Jaime (exquisitely played by Ajelandro's son Brontis, who played the young boy in “El Topo”). Jaime is a former circus performer still remembered by a couple of obnoxious clowns for his dominant boxing ability. The boy is dressed in a periwinkle blue version of a vaguely military communist-identifying suit, of which his father wears a dark gray version. Jaime berates Alejandro for his shyness, which Jaime interprets as evidence that his son lacks masculinity. 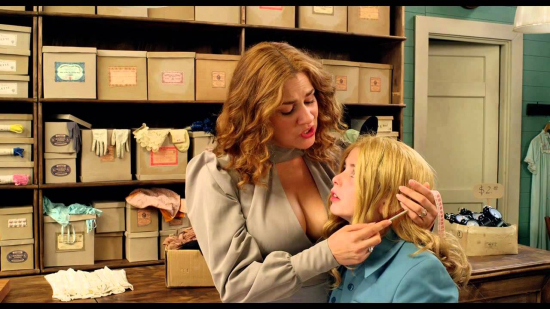 Jodorowsky, our protective narrator, briefly appears to comfort his younger self in a direct-to-camera defense of their constant state as eternal outsiders. The emotional clarity in Jodorowsky’s persuasive delivery is unmistakable. The narrative skates on magical realist ice.

Young Alejandro’s mother Sara (Pamela Flores) runs a lingerie shop. She sings all her dialogue in an operatic soprano voice that lends aural and visceral counterpoint to the film’s atmosphere. Epic proportions of surreal dimensions expand.

Jodorowsky, the author, recasts his mother — a woman who hated him and his ruthless father with equal disdain — as a generous person who sees in her son the identity of her own father. Flores’s generous bosom is forever on display as an eternal symbol of maternal caring. Even Sara’s urine has healing qualities — as a sequence involving a leprosy-stricken Jaime, evinces. Golden shower fetishists will guarantee "The Dance of Reality" a cult audience. 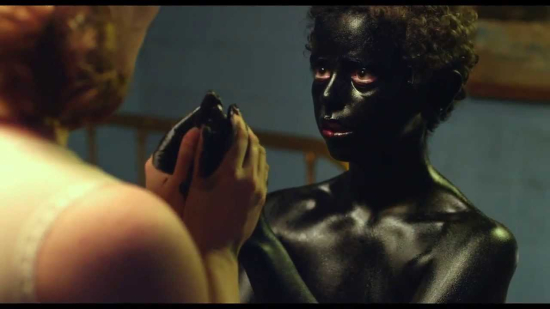 A series of inadequate displays on the young Alejandro’s part — one involving a pair of expensive shoes, and another involving his imperfect conduct as a firemen’s mascot during a funeral parade — precipitate Jaime abandoning his family in an attempt to assassinate the country’s fascist military leader General Carlos Ibanez. Jaime, a card-carrying communist and fierce supporter of Stalin, believes that doing so will cure his country’s failings.

Steeped in allegory, and informed by Alejandro Jodorowsky’s hard-won transformative sense of storytelling as a healing art form, “The Dance of Reality” is a loving film that dares to recast atrocious familial, social, and political trespasses as violations to be forgiven in the interest of altering reality and the global society in a positive way. 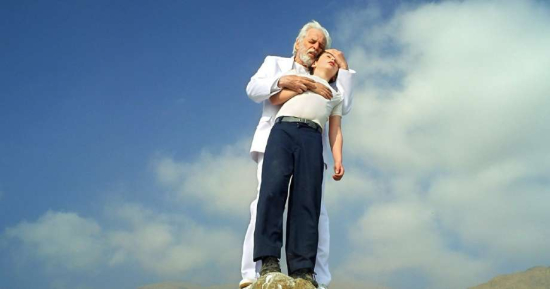 In preparing Tocopilla for filming, Jodorowsky gave back to the town that spurned him in his youth. He gave it a fresh coat of paint, and gave paid roles to the locals. In reimagining his relationship with his parents, and their tormented personalities, he creates a cinematically induced rebirth.

The cinema of Alejandro Jodorowsky is an all-encompassing expression that seeks to liberate. As an audience member, you enter into an adventure of consciousness that shows you everything. Hopefully, “The Dance of Reality” will usher in more films from a brave filmmaker whose imagination, inspiration, and execution is pure.