Sophomore Slump
Not Even Robert Pattinson Can Save “The Rover” 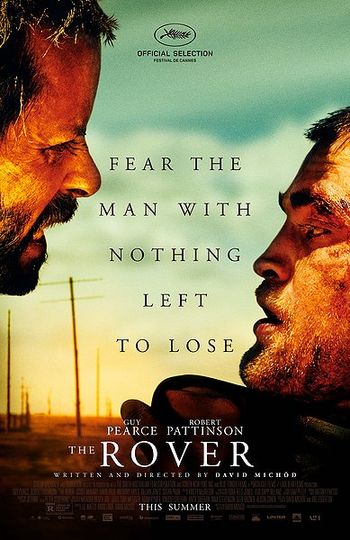 Director/co-writer David Michôd exhibits classic sophomore slump in this disappointing follow-up to his well-crafted debut “Animal Kingdom” (2010), a crime drama about a family of Melbourne gangsters led by a violent matriarch (brilliantly played by Jacki Weaver).

“The Rover” is a minimalist dystopian drama with more plot holes than plot. Mitigating the damage is the fact that the filmmaker stacks the filmic deck with outstanding performances from Guy Pierce and Robert Pattinson, whose impressive character-acting work helps conceal some of this outing's many flaws. 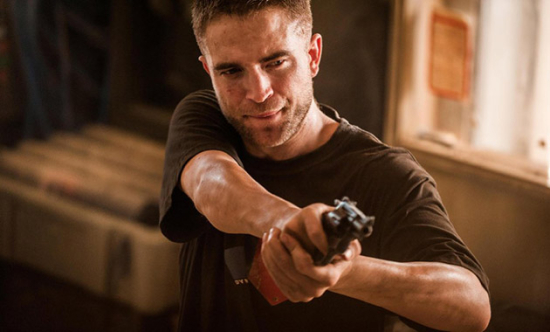 “Things fall apart. The center cannot hold. Anarchy is loosed upon the world. Fear the man with nothing left to lose.” “The Rover’s” tagline sounds like it was ripped off from a ‘70s exploitation revenge thriller. Perhaps if David Michôd had paid homage to the grindhouse format in the manner of Robert Rodriquez’s hilarious “Machete Kills” — he could have come up with an entertaining movie.

The sallow story is set during the near future in the desert-like Australian Outback, where roadside shopkeepers only accept American money in exchange for the limited stock on their dust-covered shelves. An economic collapse ten years earlier has reduced the Outback to a lawless version of America’s Wild West, where life is as cheap as it has been in Iraq since the U.S. military got its paws on it. Deceased torture victims hang from roadside crucifixes as a sign of the times. 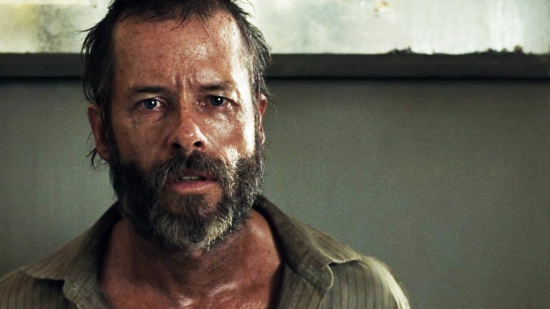 U.S. soldiers, or some form of outsourced mercenaries with American accents, roam the country. Eric (Guy Pierce) is a cynical traveler with no allegiance to anything or anyone other than his wounded sense of guilt over a double murder he got away with many years earlier. Deep down, Eric wants to be tried and punished for his crime. He's an atheist, so there’s a chance the filmmakers are making some opaque critique of organized religion or those that go against the grain. Regardless, the subtext is too gaunt to for such extrapolation.

Eric’s quick temper finds an outlet when a crew of fleeing criminals steals his car after crashing their vehicle outside of the diner where he's eating. Plot hole alert. Miraculously, their wrecked truck still works well enough for Eric to start it up and give chase. For a movie that takes itself so seriously, you’d think the screenwriters would have established a more plausible inciting incident.

Eric discovers a recently abandoned and belly-shot Rey (Pattinson) crawling on the ground. Rey is the brother of one of the car thieves who Eric pursues with inexplicable ferocity. Eric takes Rey on as a willing hostage in as much need of medical care as of social guidance. Alas, Eric cares not a whit about Rey’s concerns. 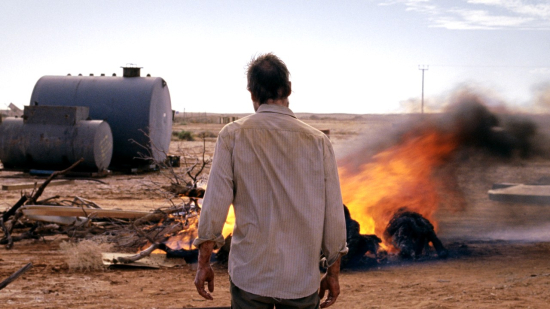 The movie endures some protagonist substitution as the slow-witted Rey wins our empathy as a badly hurt but rabid dog in need of some serious TLC. Based on Pattinson’s scene-stealing performance — complete with pained speech and awkward body language — you could come to the conclusion that “The Rover” was designed purely as an actors’ showcase. Pattinson’s Rey is a study in the ability of method acting techniques to elevate weak source material. For his part, Guy Pierce gives as good as he gets from Pattinson. More often than not, sparks fly between the actors during their scenes together. The mystery of their hostile relationship sustains the film’s suspense more than any of its other throwaway elements.

“The Rover” comes off as an unsteady attempt to curry favor from the likes of John Hillcoat, the Australian director responsible for “The Proposition” (2005) and “The Road” (2009) — two films that seem to directly influence it. Stylistically, it’s a handsome movie shot on film rather than digital, which takes advantage of widescreen framing to strong effect though the script beneath it needed several more drafts.