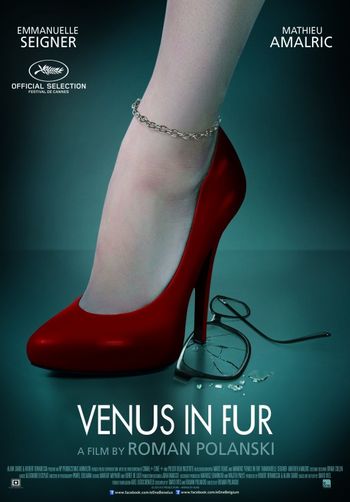 Roman Polanski’s 20th film is an exquisite deconstructionist articulation of a quicksilver sadomasochistic tug-of-war between a middle-aged theater director and an enigmatic actress auditioning for a role in his upcoming play “Venus in Furs.” She just might be Venus incarnate. 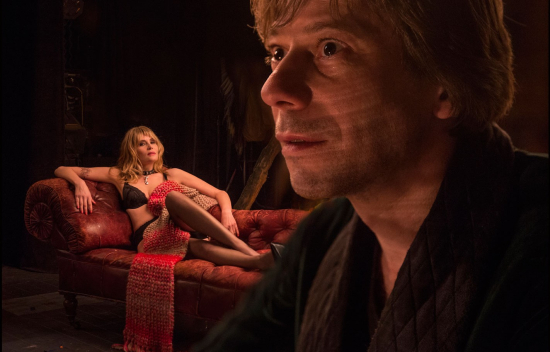 As he did with his last film, “God of Carnage” (2011), and his 1994 film “Death and the Maiden,” Roman Polanski returns to the theatre for inspiration. David Ives’s theatrical adaptation of Austrian author Leopold von Sacher-Masoch’s 1870 novella “Venus in Furs” already contained subtle thematic threads common to Polanski’s oeuvre — think “Bitter Moon,” “Rosemary’s Baby,” and “The Tenant.” Obsession with sexual domination, confined spaces, and an unreliable protagonist are all on display. Here is an energizing spoonful of soup-to-nuts fetishism, with teasing desert courses strewn throughout.

From a gloriously long tracking shot down a rainy Parisian boulevard, we are inexorably lured into a private theatrical vortex by a sudden crack of lightening. A playful musical score (by Alexandre Desplat) sets a mood of percolating voodoo. The disused set for an ostensibly failed production of an adaptation of John Ford’s “Stagecoach” sits on the stage of the rundown theater where director Thomas (Mathieu Amalric) wraps up his day of auditions for the character of Wanda von Dunayev. An unusually tall prop cactus provides a strangely appropriate phallic symbol for the action that follows. 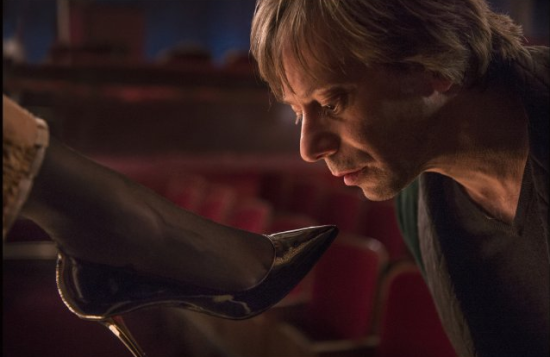 Thomas complains on his cellphone in misogynistic terms about the actresses he has seen. A lack of “sexy-slash-articulate young women with some classical training and a particle of brain in their skulls” has left Thomas feeling dejected. Vanda (Emmanuelle Seigner) arrives like a bolt of feminist Goddess lightening when she bursts through the theater door. Cursing like a sailor in a low class French accent, Seigner’s Vanda insists her agent sent her, although her name is nowhere to be found on the call sheet. Dressed in a leather corset and sporting a dog collar, Vanda has come prepared — very prepared — she has memorized every line of the play. Still, Thomas remains skeptical. Only when Vanda convinces him to read opposite her as the character of Severin von Kusiemski does her resolute skill as an actress convincingly transform her into the archetypal 19th century dominatrix for his play.

The story-within-a-story-within-a-movie teeters on the ambiguous tight wire dance that Thomas and Vanda perform. Emmanuelle Seigner’s performance is cleverly delicious. Her effortless transition between the four nesting-doll types that she plays (gypsy, consummate actress, feminist sophist, and Venus) creates a hallucinatory effect that pushes the drama in multiple directions at once. The dialogue is as intellectually sharp as it is sensually perceptive. 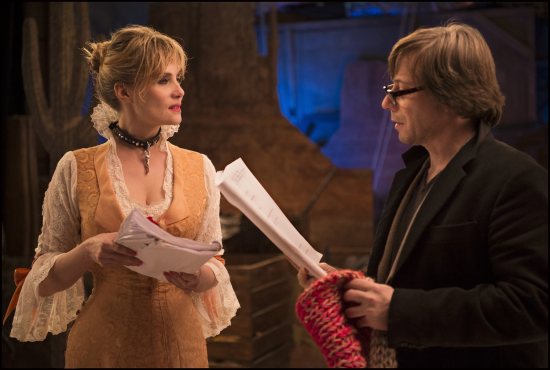 Vanda and Thomas mime their characters’ actions on stage in the same way that student actors are want to do when working without props. With five weeks of rehearsal under their belts, Polanski’s actors connect with such precise execution that the constant shifts between their self-reflexive characters are seamlessly exact. 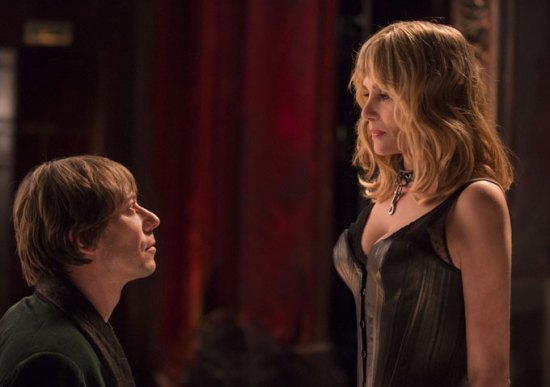 With a Tony Award nomination under its belt, and the dubious honor of being America’s most produced play in the 2013-14 season, “Venus in Fur” represents another S&M signpost of our ongoing global societal clampdown. There is a reason that “50 Shades of Grey” hit a popular nerve. Willing humiliation under the lash of omnipresent corporate-political-totalitarianism could be construed a logical path for some. Audiences have every reason for their curiosities to be piqued over what Roman Polanski can do with such ingeniously loaded material.