Richard Linklater Hands Over His Pearl 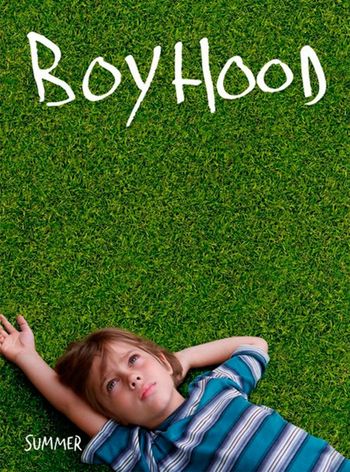 Just when you thought there was nothing new under the sun, Richard Linklater goes and makes the most anti-Hollywood movie ever conceived. In Linklater’s case, concept was everything — execution was quite another. Planning an unprecedented narrative experiment that took 12 years to create and film is not something that Los Angeles bean counters would or will likely ever be able to wrap their heads around. That Linklater’s groundbreaking project comes during one of Hollywood’s worst years — it has yet to release a movie of better than mediocre quality — adds to “Boyhood’s” bittersweet positioning as a dynamic filmic record of generational progress in America. With certain multiple Oscar nominations in the offing, there is every reason to expect that "Boyhood" will earn Richard Linklater his long overdue Academy Award.

“Boyhood” is a one-of-a-kind film that ticks and functions on its own terms, and therein lays its most powerful gifts. It is a movie that John Cassavetes would have admired for its bold vision, forthright performances, breadth of human experience, and for Richard Linklater’s plainspoken approach to generating authentic dialogue and formula-defying storyline. The closest cinematic comparison to watching “Boyhood” would be a Cassavetes movie like “Opening Night.” But even that presents a very distant likeness.

Linklater instinctively de-emphasizes anything that might be construed as “dramatic“ while following the life trajectory of a boy named Mason (played by Ellar Coltrane) from age six to 18 growing up in Texas. Confrontations with an alcoholic stepfather or an unwelcome haircut present the kind of day-to-day challenges that Mason must navigate. Apparently loaded situations that would signify looming disaster in any other movie arrive and pass as they would in normal life. A rifle given as a present does not foreshadow any type of violence. It is a cultural signifier, nothing more.

That Linklater was able to cast such a gifted young actor capable of returning every year for 12 years to participate in making the movie speaks to the filmmaker’s intuitive nature. 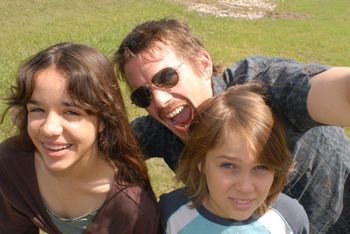 Ellar Coltrane’s implied personal status as an outlier living in Texas — he was homeschooled — informs the actor’s quietly persuasive performance. Purity of intention and a silent rebelliousness permeate Mason’s personality. He’s an observer and a listener. This is a kid who doesn’t need to be told anything twice. He makes calculations, internalizes them, and moves on.

An air of suspense is built into the story’s form, inciting the audience to anticipate how Ellar will transform from boyhood into the young adult that he will most certainly become.

From the beginning, Mason’s parents Mason Sr. (Ethan Hawke) and Olivia (Patricia Arquette) are separated. Mason’s concerned and mentoring dad drives a black muscle car. He lives a fairly rudderless existence. Olivia, on the other hand, wants to go to college to get a degree. She also wants to marry a man capable of providing a comfortable existence for her family.

The genuineness of Mason’s growth from a thoughtful kid— put upon by a snotty older sister (played by Linklater’s real-life daughter Lorelei) and a mom who is not a good judge of marital mates — to a sensitive young man whose open heart is nevertheless not worn on his sleeve, is a revelation of character development that gives promise for the broken state of modern day America.

The enigmatic person that Mason becomes, speaks to an integrity of emotional and intellectual spirit in line with character traits and social themes found in Linklater’s other movies — from “Slacker” to “School of Rock.”

As with all of his films, Linklater allows ethical and political subtext to breathe through the story without ever putting a fine point on anything. No matter what expectations the audience brings to the movie, they will be shattered by the film’s closing frame. There are no moments of spectacle or outrageous surprise — only subtle recognitions of expanding character traits and modern social realities.

The invisible mechanics of “tempo, tone, mood, time, and place” that Linklater uses to flesh out his preplanned narrative form fit almost perfectly within the rules of a “Dogme 95” film. Every action and circumstance is germane to personal experience. Nothing is forced.

Linklater collaborated with his three main actors (Ellar Coltrane, Ethan Hawke, and Patricia Arquette) by phone and email to flesh out the set pieces that would fulfill the map of his story’s arc. The film’s viewpoint starts out from that of the child before shifting gradually to the parents’ perspective, and finally to a formal composition that equalizes the film’s context. “Boyhood” is a very special film worthy of repeated viewings. As with the method of its creation, it is a movie you can come back to on an annual basis. You are sure to discover untold resonance with every screening.