« Frank Miller’s Sin City: A Dame to Kill For | Main | THE IDENTICAL » 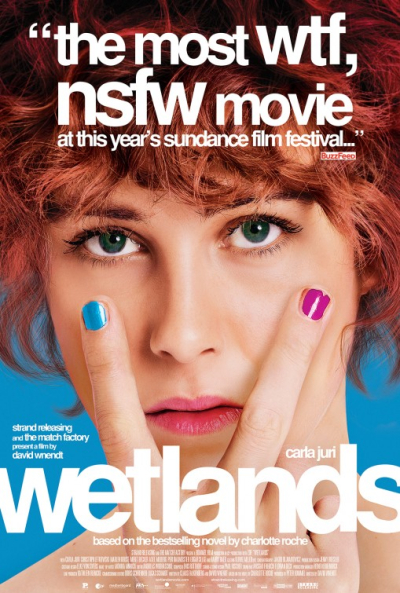 Mapping out the terrain of cinema’s previously uncharted psychosexual possibilities, Wnendt opens up a wide range of Roche’s proto-feminist issues around Helen, an 18-year-old German girl with pressing bodily issues.

Helen’s childhood of abuse by her now-divorced parents turns her into an autodidactic bisexual sexual adventurer obsessed with filthy toilets and other taboos, to provide her with sexual expression. 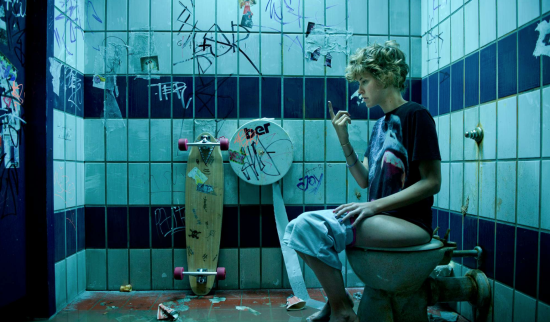 Foreign pubic hairs found on never-cleaned public-restroom toilet seats turn Helen on — big time. An early scene allows the filmmaker to take the audience on a humorous microscopic tour of dentally enabled microbes lurking on the alien terrain of just such a hair. The visually exciting scene makes virtuosic use of its graphic potential.

Impromptu sexual assignations with boys, girls, men, and women — whether in public or private places — feed Helen’s voracious appetite for the bizarre. Helen likes to keep her unclean vagina in a constant state of smelly flux. Some guys appreciate the foul odor and taste of her “cottage cheese” discharge; Helen certainly does. She uses her vaginal juices as perfume. 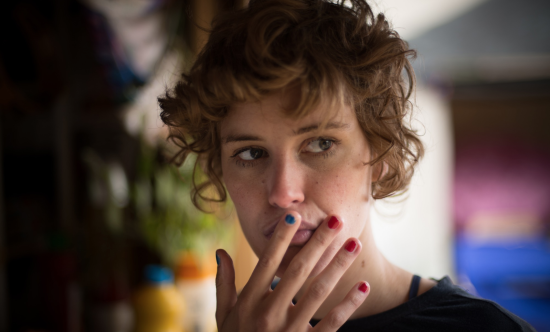 Not a movie for the squeamish, “Wetlands” nonetheless functions exquisitely on the shoulders, breasts, and troubled anus of its anti-heroine protagonist — as confidently played by relative newcomer Carla Juri. Anti-heroines don’t come much more twisted than Helen. An early flashback reveals an incident in which Helen’s mother (Meret Becker) encourages her young daughter to jump from a high platform into her arms before letting Helen crash to the ground instead of catching her. Mommy wants to teach Helen a lesson — “never trust anyone, not even your own parents.” That mom is a stickler for good feminine hygiene, provides Helen with an ideal device for her rebellious instincts to expand. Trading used tampons with her also bisexual best friend Corinna (Marlen Kruse) is on the menu. 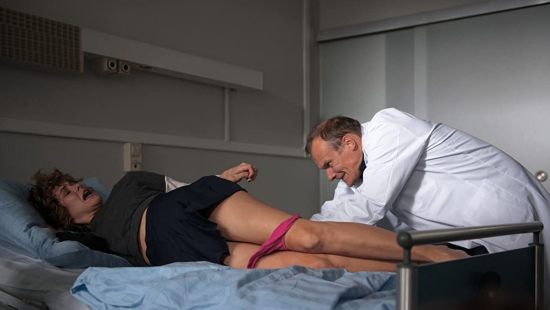 Traces of Danny Boyle’s “Trainspotting” pop up in the filmmaker’s dynamic approach to the outré subject matter. Wnendt uses evocative music and songs to comment on, and energize, the fast-edited action. Static and natural imagery provide breathing room to the frequently shocking narrative. Flashbacks, reveries, and forward-moving action collide in imaginatively stylized sequences that serve to put the audience in a disoriented state. You’re not always sure of what’s real or imagined. The movie takes no prisoners. You either give yourself over to it or shut down to survive. Helen prides herself on doing things rough. She skateboards barefoot in the street. 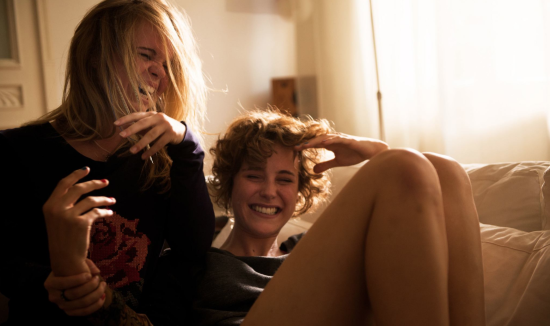 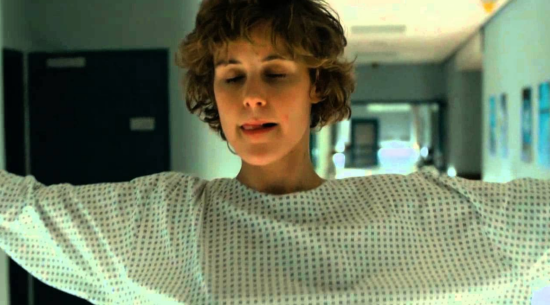 “Wetlands” is a palpable coming-of-age story that daringly embraces a thoroughly liberated (read individualistic) response to familial abuse. In so doing, the film creates, and acknowledges, a feminist position of untold potential that is equally constructive and destructive. Helen’s confrontational self-help program sprouts directly from her body and all of its dirty mysteries. 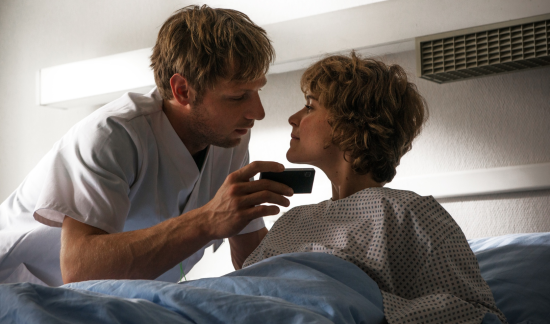 Here is a female force of nature that rejects religion and societally imposed rules of conduct, in favor of a DIY approach rooted in outrageous sexual behavior that weeds out 99% of the riff raff. Helen represents a different brand of one-percenter. The means and the end are evenly justified.