The Snowden Effect
Edward Snowden — During and After 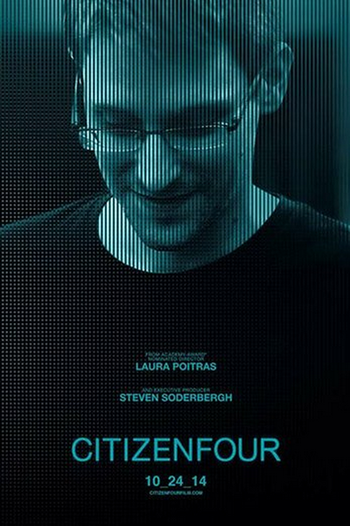 In the spring of 2013, using the cryptic username “Citizenfour,” Snowden reached out to political documentarian Poitras and Guardian reporter Glen Greenwald for their journalistic assistance in digesting, prioritizing, and disseminating the chilling records of the NSA’s massive surveillance and data harvesting programs he discovered and exfiltrated while working for Booz Allen Hamilton as an NSA contractor with Top Secret security clearance.

Hearing Snowden tell of being able to click on random links to 24/7 drone surveillance of unknown people’s homes from his desktop computer is more than a little unnerving. “Citizenfour” does a good job of clarifying how the NSA’s invasive methods of mass public and private scrutiny have altered the way Americans travel, speak, think, and express themselves. 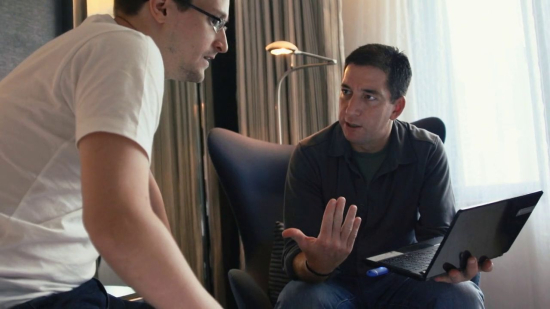 Purchasing a Metrocard in New York City’s subway system links all of your purchases to your exact location, travel points, and purchases for law enforcement to paint your character and behavior with whatever brush they choose. Circumstantial evidence be damned. The film’s disclosure that the NSA currently has 1.2 million citizens on its “watch list” just twists the knife that much deeper.

The heart of “Citizenfour” relies on candid conversations and private moments with Snowden during the eight days he spent in Hong Kong’s Mira hotel in early June of 2013 awaiting asylum. It was here that Snowden met with Greenwald, Poitras, and Guardian intelligence reporter Ewen MacAskill to supply them with the politically explosive records and walk the journalists through the process of deciphering them, and keeping them safe. From an insider perspective, this is juicy stuff. Surprisingly, the mood in Snowden’s hotel room remains relatively easygoing in spite of potential threats surrounding the journalists and their daring subject. 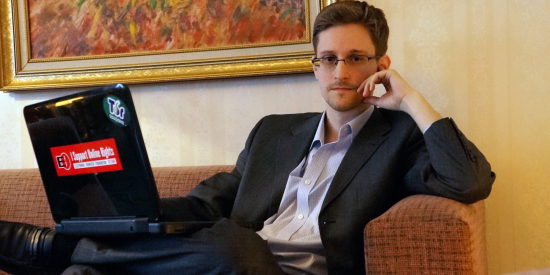 Watching Snowden calmly introduce himself to Glenn Greenwald to give his rational motivations behind his whistleblowing, and reveal the scope and implications of his findings, speaks volumes about Snowden’s purity of intention. It also exposes Snowden’s keen intelligence and resolute sense of political pragmatism.

Snowden recognized early on that the Obama administration and the media would attempt to deflect the significance of his leaks by attacking his character in Nixonian fashion. For once the spooks got much more than they bargained for.

In his claustrophobic hotel room Snowden’s fearlessness is unmistakable: “You’re [the U.S. government] not going to bully me into silence like you have everyone else.”

Television reporting of Snowden’s leaks, from news sources such as CNN, defines the exact moment when the Obama administration “lost credibility” in the eyes of the world. Barak Obama has nothing on Edward Snowden in the realm of reasoned articulateness or ingrained passion for the precepts America was built upon. Affably smart, direct, and serious with a twinkle of youth in his eye, Snowden never minces his words. He never stammers, not once. Audiences looking for a clear-cut answer to the insipid media-propagated question about whether Edward Snowden is a “patriot or a traitor” will detect the brazen obfuscation of that falsely posed query. 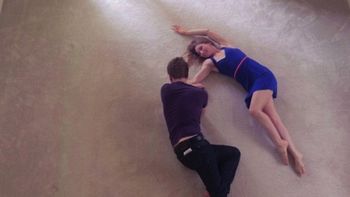 In spite of the U.S. government’s best efforts to smear, capture, and terrorize Edward Snowden, he has recently added “student rector” at Glasgow University in Scotland to his list of jobs that includes an appointment to the Freedom of the Press Foundation’s board of directors. Add to that the fact that Snowden’s girlfriend of 10 years, Lindsay Mills, now lives with him in domestic bliss in Russia, and you can glimpse the waters of sea change upon which other whistleblowers will certainly follow. The fight for freedom and equality lies in castrating a global corporate-political surveillance system drunk on its own power. “Citizenfour” is instructive about how that fight is being conducted and preserved.