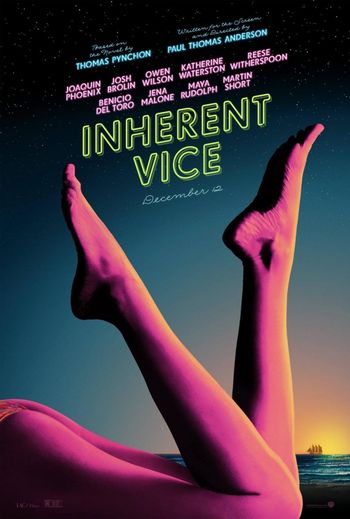 There’s no way to sugarcoat it; Paul Thomas Anderson has made two duds in a row. If his lackluster half-film “The Master” didn’t you put you off the director responsible for such instant classics as “Hard Eight,” “Boogie Nights,” “Magnolia,” and “There Will Be Blood,” then his latest effort will make you doubt if he is capable of ever returning to the height of his former glories.

Based on Thomas Pynchon‘s 2009 novel about the adventures of Doc Sporetello (Joaquin Phoenix), a stoner (“hippie”) private detective living in a fictitious L.A. town, “Inherent Vice” is a tweet-tweet-arf-arf movie for stoners. 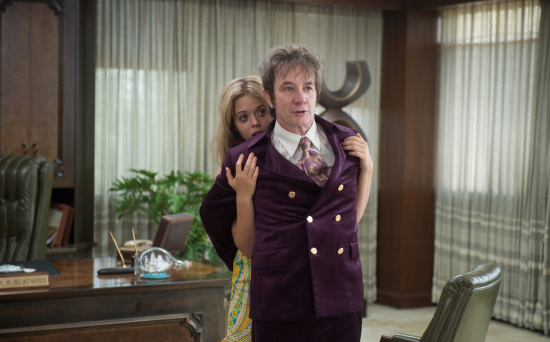 The film seems custom-made for dope-smokers to watch while amending their vapes with an occasional line or two of cocaine. There really isn’t any other way for said potheads to stay awake for the film’s occasional (read rare) flashes of humor, sex, and violence that intersperse the movie, without a few snorts of amphetamine. The rest of us can take a nap. 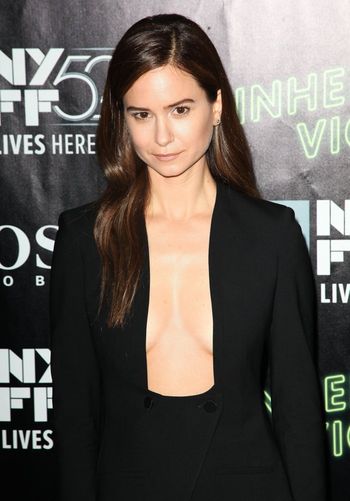 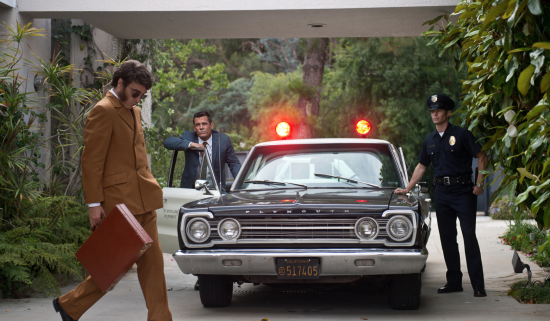 Having not read Pynchon’s novel I can’t speak to the book’s ostensibly satirical implications. However, if they exist in Pynchon’s original text, any such methodical social commentary is noticeably absent from Anderson’s politically evasive film. “Inherent Vice” also fails as a comedy, and as a would-be neo noir. Even if you attempt to imagine “Inherent Vice” as a ramped-up version of “The Big Sleep,” whose MacGuffin was merely an excuse for Humphrey Bogart and Lauren Bacall to heat up the screen with their real-life romantic chemistry, you will be sadly dissatisfied because Joaquin Phoenix is perpetually incapable of sharing onscreen chemistry with anyone, male or female. 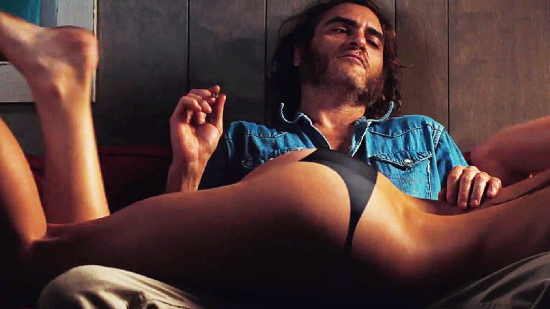 Anderson continuously wheels out outlandish characters inhabited by objectively competent actors. Josh Brolin is endlessly watchable as lunatic LAPD lieutenant detective “Bigfoot” Bjornsen. Bigfoot is a reliably unreliable cop who is just as likely to go on a Bad Lieutenant spree as he is to carry on a civilized conversation. 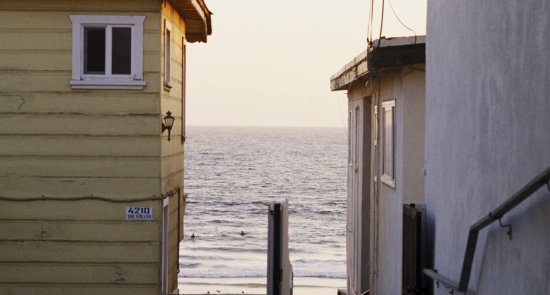 Benicio Del Toro is squandered in a poorly defined supporting role as Sauncho Smilax, a maritime attorney who comes to Doc's rescue at various times. Del Toro's portrayal reminds us of the Oscar Zeta Acosta character he played in Terry Gilliam's "Fear and Loathing in Las Vegas" (adapted from Hunter S. Thompson's famous book) — a far better film that made far better use of Del Toro's immeasurable gifts as an actor. To that end, give me Hunter S. Thompson over Pynchon any day.

At two and one half hours, “Inherent Vice” wears out its welcome before the halfway mark arrives. A parade of characters prattles on in endless monologues and off-hand comments that are simultaneously colorful and utterly meaningless. 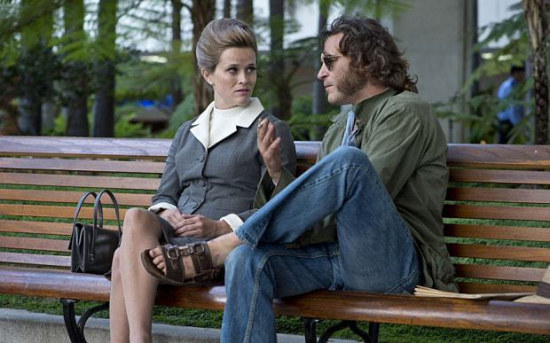 Empty plot machinations swirl around Shasta’s involvement in a scheme to swindle a billionaire real estate magnate out of his fortune by committing him to a mental institution. ‘70s era trappings of free love, drugs, and endemic corruption add up to a recipe for irrelevant narrative chaos. The ‘70s era dead-end characters in “Inherent Vice” are representative of a long-dead-gone generation. 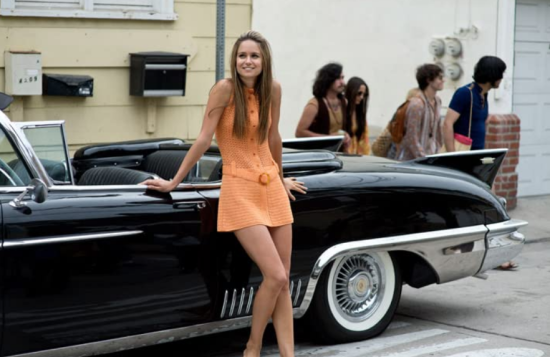 The best thing the movie does is that it reminds us that we too will wither and die — some sooner than later. Eat some pizza. Smoke a bowl. Have some hot sex. Any of those experiences will far surpass the one you will have watching “Inherent Vice.”

Posted by Cole Smithey at 09:15:46 PM in Literary Adaptation, NYFF