What Becomes an Enigma Most?
Benedict Cumberbatch Transforms Into Alan Turing 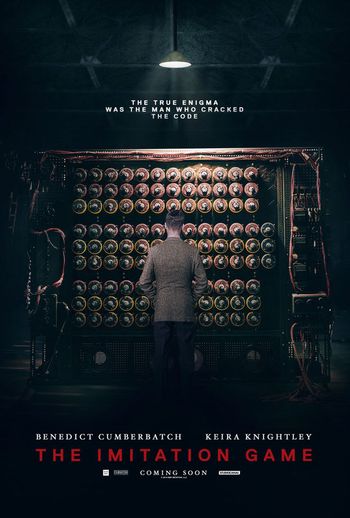 Genius mathematician Alan Turning finally takes center stage as the father of the modern computer, an unsung British hero of World War II, and as a victim of Britain’s draconian punishment of gays in this well-rounded biopic about the man who broke the Nazi’s cryptographic code machine — the “Enigma.”

The only complaint that could be made about this film is that it remains so hermetically neat that it keeps its audience at more of a distance than it should. Adapted from Andrew Hodges’s 1983 biography “Alan Turing: The Enigma,” “The Imitation Game” liberally employs biopic genre conventions but resists staidness by way of its outstanding performances, not the least by Benedict Cumberbatch as Turing.

During a year in which a trio of British biopics (see “Mr. Turner” and “The Theory of Everything”) promise to temporarily relieve Hollywood-weary audiences of their disgust with America’s money-obsessed corporate movie machine, “The Imitation Game” presents the most politically relevant of the mini-genre. Gay marriage is a cultural inevitability in America, but the road to getting there was covered with lives snuffed out by ignorance and prejudice. Britain has its own penance to do.

The film’s title derives from a scientific game devised by Alan Turing to discover if a machine can think. It also obliquely refers to Turing’s double life as a homosexual man living with a secret that could and did ruin his life.

In 2009 Prime Minister Gordon Brown made an official public apology on behalf of the British government for “the appalling way he [Turing] was treated.”

Late last year, Queen Elizabeth II issued a royal pardon of Alan Turning. The fact that Turning was never guilty of a crime in the first place is augmented by the fact that he made, in Winston Churchill’s words, “the most important achievement of anyone during the war.” It is estimated that Turning’s work on breaking the Enigma code hastened the end of World War II by somewhere between two and four years, thus saving many thousands, if not millions, of lives.

As “The Imitation Game’s” director Morten Tyldum has stated, “There’s nothing to pardon. He [Turning] was prosecuted for being a gay man. If anything, it’s him and his family who should pardon them [the British government] — and us — for letting that happen.” 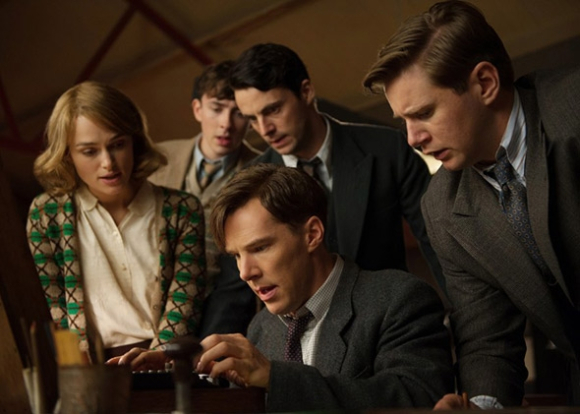 Based on his socially awkward behavior and prodigious talent for math and puzzle solving, it’s reasonable to presume that Alan Turing fell somewhere on the autism spectrum. When Turing interviews with Royal Navy Commander Denniston (Charles Dance) for a top-secret wartime job at the UK’s Bletchley Park Government Code and Cypher School, he nearly blows it due to his off-putting demeanor. Once hired to work with a group of less gifted code-breakers, led by Mathew Goode’s Hugh Alexander, Turing can’t help alienating his co-workers to the point that they want to inflict bodily harm upon him. The tense atmosphere inside their “Hut 8” warehouse work space is made all the more urgent by the Nazi’s combat effectiveness enabled by the complex code machine.

The Germans are winning the war while Turing struggles with the concept of creating an algorithm capable of digesting the Enigma’s many millions of code possibilities as reinvented on a daily basis. Undeterred by his distrustful commander, and some of the inept members of his team, Turing pens a personal letter to Churchill, who soon empowers the ambitious logician with the ability to fire and hire members of his team.

Working from a puzzle that takes him eight minutes to solve, Turing recruits Joan Clarke (Keira Knightley), a woman capable of solving the same brainteaser in less than six minutes. Joan’s induction into the Hut 8 crew allows her to help Alan get along better with the rest of the unit. A relationship of convenience, more than attraction, blossoms between Joan and Alan.

The hook in the narrative resides in a haunting flashback sequence that outlines the nature of Turing’s boyhood friendship with his classmate Christopher Morcom. The minimal recollections explain Turing’s longing sense of romanticism and loss that causes him to name the machine he designs to break the Enigma, Christopher.

Complete with a spoken recurrent theme line that could, and should, have been relegated to a movie poster tagline (“Sometimes it's the people that no one imagines anything of, who do the things that no one can imagine”), the success of “The Imitation Game” comes down to Benedict Cumberbatch’s sensitive portrayal of a complex personality.

The actor, known for his infallible portrayals in films such as “The Fifth Estate” and “Star Trek Into Darkness,” possesses the innate ability to color his roles with dark and light notes that carry an essential depth of authentic human experience.

Cumberbatch isn’t afraid to exhibit negative traits because he is at peace with the duality of nature and his place as a conduit of intelligence and emotion. Here is an actor who doesn’t imitate; he inhabits. Wouldn’t it be something if three Best Actor Oscar nominations went to British actors? Between Timothy Spall (“Mr. Turner”), Eddie Redmayne (“The Theory of Everything”), and Benedict Cumberbatch, that would be quite a race. 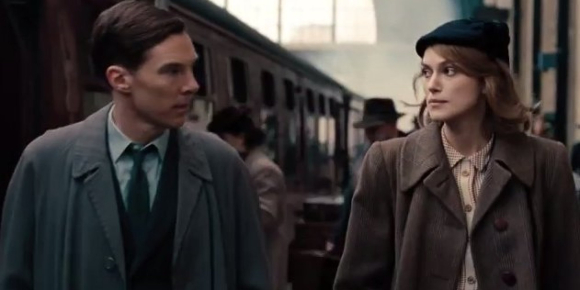