« THE IMITATION GAME | Main | A MOST VIOLENT YEAR »

Reese Witherspoon Stumbles
Cheryl Strayed, and So Did This Movie 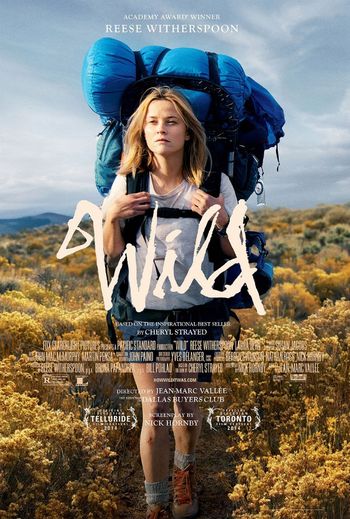 “Wild” is an unsatisfying self-help drama that exposes the limitations of Reese Witherspoon’s range. If her performance here were your first time seeing the Oscar-winner’s work, you’d never guess that Reese Witherspoon has what it takes to be a leading lady. Adapted by Nick Hornby (from Cheryl Strayed’s memoir “Wild: From Lost to Found of the Pacific Crest Trail”), the story is “Into the Wild” lite — albeit dorky-proto-feminist-style.

The death of her 45-year-old mother (Laura Dern), from lung cancer, sends the 22-year-old Cheryl Nyland on a slippery downhill trajectory. Serial adulterer and junkie, Cheryl decides to hike the 2,663 mile-long length of the “PCT” after being divorced by her thoroughly humiliated husband. Cheryl is just as quick to have sex with multiple unfamiliar men in an alleyway, as she is to leave civilization behind without proper planning for a hike that tests even the most skilled hikers. The Pacific Crest Trail runs from Mexico to Canada, although Cheryl starts her summer of 1995 trek in the Mojave Desert, and finishes at the Oregon-Washington border.

Our reliably fickle heroine gets an a-ha moment when she lays belly-up on her hotel room floor, unable to stand up because her pack is too heavy. The scene is played for comedy, but the tone is all wrong. The joke fails miserably.

Shortly after hitting the trail, Cheryl realizes that she is unable to cook the many packets of food she lugs around because she brought the wrong fuel for her stove. It’s one thing to have an unsympathetic leading character, but it’s a whole different matter to have one who is willfully ignorant to the point of being cavalier.
Sheryl has the insufferable habit of writing quotes from great authors on the trail’s sign-in sheets, and then signing her own name as a co-author. Emily Dickinson is rolling over in her grave. 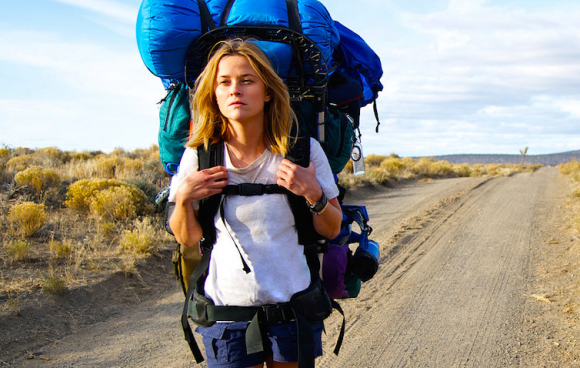 “Wild” commits a cardinal sin of character development during its opening scene, from which the film can never recover. Cheryl “Strayed” (that’s the name she gives herself after her divorce) sits on the side of a reasonably high mountain she has just ascended. The weary traveller takes off her hiking boots to tend to her hurt foot. We see the set-up from a mile away. Cheryl isn’t paying attention to where she set her boots. Bonk, and she knocks one of the heavy-duty shoes that make hiking possible, down the steep mountainside at her feet. If the subconsciously driven mistake weren’t offensive enough, Cheryl responds to her self-inflicted dilemma by chucking the other boot down the ravine. Ah yes, Cheryl Strayed is a keeper if you like your protagonists not too classy and dumb.

The movie takes an advertising detour for REI during a product-placement sequence that serves as nothing more than an extended commercial for the adventure wear company. I wonder if REI will send me a gift card for mentioning them in my review. Well, I don’t really wonder about that.

The cinema of 2014 is all about how we are all bad people leaning toward suicide as an almost respectable response to our self-loathing. The predominant thematic trend shows up in films such as “Two Days One Night,” “The Homesman,” “The Skeleton Twins,” the upcoming remake of “The Gambler,” “Bridman,” “Force Majeure,” “Wetlands,” and even in Bennett Miller’s “Foxcatcher.” Perhaps a symptom of having our privacy stripped from us by the NSA and Google is a preemptive suicide that will jam any kind of possible public humiliation we might suffer.

Jean-Marc Vallée (the director on “Dallas Buyers Club”) could never have made lemonade from the lemon-source-material that he undertook with “Wild.” Nick Horby’s script doesn’t have the right stuff.

The fact that Reese Witherspoon co-produced “Wild” speaks to the dearth of roles for actresses. For her part, Witherspoon works plenty but hasn’t been in a good movie since “Mud” (2012), and even there her subplot was one of that film’s weaker links. Her upcoming performance in “Inherent Vice” is notable only because the movie stinks so much. “Don’t Mess With Texas” is an upcoming comedy directed by Anne Fletcher (“The Guilt Trip”) that could pan out well for Witherspoon because she has Sofia Vergara to play opposite in a humorous context. Based on the misstep that is “Wild,” perhaps Reese Witherspoon is better off in a co-lead comedic role. 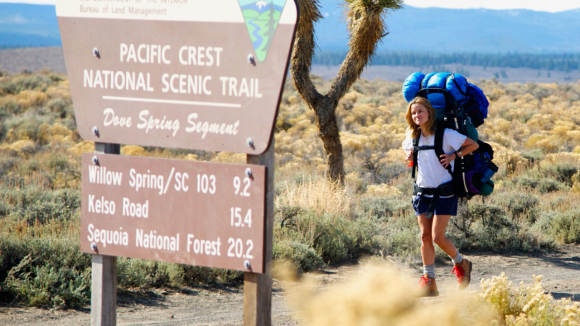