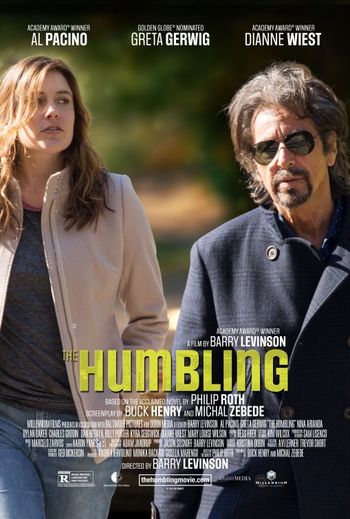 At nearly 75, Al Pacino’s face seeps with hints of the multitude of iconic characters he’s played over the course of his rich career as an actor of stage and film. The "Humbling's" opening sequence is a pure tour de force. Pacino’s Simon Axler character sits in his backstage dressing room of a Broadway theater warming up while putting on stage make-up for his role of Jacques in a production of Shakespeare’s “As You Like It.” As he stares into the mirror reciting Jacques's “all the world’s a stage” monologue, Simon questions his delivery. Can he convey the lines believably to himself? Call it a late-life personality crisis. When he does finally make it onto the stage, Simon barely gets out a few lines before taking a swan dive into the orchestra pit below. Finally, Simon can feel the literal rock bottom of truth he’s been seeking that can remove him from the burden of having to inhabit roles that blur together in his mind’s troubled state of what could be Alzheimer’s disease.

A 30-day stint in a glorified psyche ward, that’s more of a luxury rehab lodge than a hospital, puts Simon in the company of Sybil (Nina Arianda). Sybil is the shell-shocked wife of a pedophile she caught molesting her young daughter. Because of Simon’s past film roles in which he played an assassin, Sybil wants to hire him to knock off her husband. Simon’s utter rejection of her proposal only leads Sybil to stalk him after he returns to his upstate New York mansion estate.

Similarities to “Birdman” run through Barry Levinson’s thoughtful adaptation of Philip Roth’s 2009 novel of the same title. There are strong corollaries between Al Pacino’s aging actor Simon and the Riggan character played by Michael Keaton in Alejandro González Iñárritu‬’s “Birdman.” Both are older actors grappling with a lifelong quest for truth that they find easier to attain on stage than in their day-to-day lives. They each seek a divine obliteration of self before a mesmerized theater audience expected to parse out the factual from fictional substance of their adopted souls. Sticky stuff. 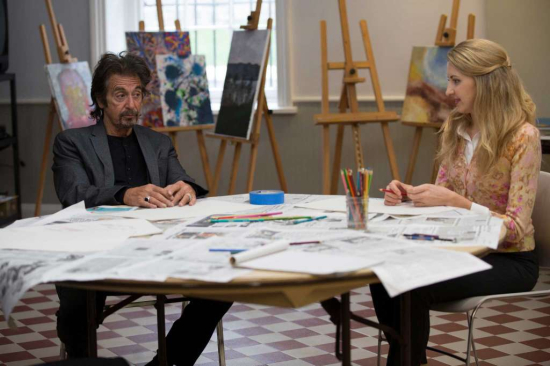 In both films, our thespian leads find themselves locked out of their Broadway theaters just as they are about to walk on stage. The classic actor’s nightmare scenario sums up a mutually queasy psychological state that can only be assuaged by a cataclysmic shift in attitude as prodded by the people closest to them. But where “Birdman” unreliably dips its narrative toe into the waters of magic realism to realize its core truth, “The Humbling” connects the subconscious mind of its doddering protagonist to the desert of the real, which in this case arrives in the form of Pegeen (Greta Gerwig), a thirtysomething lesbian whose actress mother (Diane Wiest) did more than just play opposite Simon on stage more than thirty years ago. They shared a fling for which Wiest’s character still remembers the exact number of assignations. 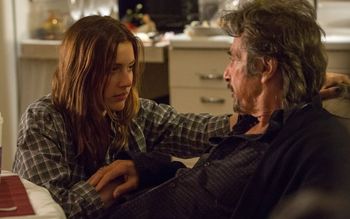 Pegeen harbors a crush on friend-of-the-family Simon for the imagined import of a prop ring he gave her as a gift when she was eight. Pegeen took it to mean they would someday be married. Romance and trouble lurk when Pegeen shows up at Simon’s door after breaking up with her lesbian lover with the intent of taking her long awaited place in his heart. The winter/summer relationship that develops between Pegeen and Simon has both good and bad effects on Simon’s life.

Greta Gerwig’s portrayal of Pegeen resonates with the complex layers of ambiguity that Philip Roth put into the character. Sensual and transformative, Pegeen is an irresistible creature whose past pattern of ruined romantic unions must eventually rear its thorny aspect.

Now that “Birdman” has collected awards and Oscar nominations, it’s sour grapes to suggest that an injustice has been done to “The Humbling.” Nonetheless, it ["The Humbling"] is a better movie. 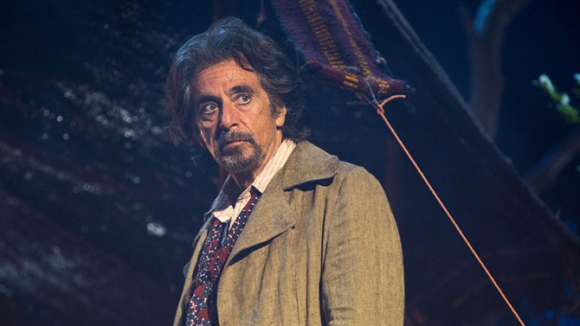