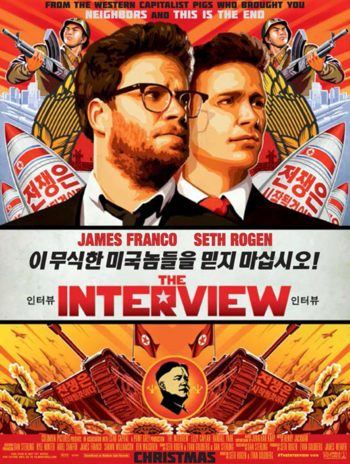 “The Interview” is a mediocre comedy that will go down in history for a plethora of reasons that have little to do with the film itself. It could mark the first time in history that a movie was used as an excuse to provoke a war.

None of “The Interview’s” supposedly outrageous satire, centered around a CIA-imposed assassination mission against North Korea’s leader Kim Jong-Un by a couple of bumbling American talk show hosts, comes close to the U.S. government’s attempts to leverage a Sony Pictures email hacking incident into an excuse to impose more sanctions against North Korea.

In November 2014 Sony Pictures’ (the “Interview’s” production company) internal email system was hacked into. No one knows who did it, but current evidence points to a disgruntled ex-employee of Sony. Despite clues pointing elsewhere, including to Russia, the FBI immediately cast blame upon North Korea for the intrusion for reasons about as tenuous as the ones used in the movie to support killing the country’s leader. North Korea angrily denied any participation in the hack.

President Obama made an unprecedented speech chastising Sony executives for succumbing to the hacker’s demands that they not release “The Interview” for fear of terrorist retribution against cinemas and audiences. Following on the heels of Obama’s questionably “comic” performances on such programs as “Between Two Ferns” and “The Colbert Report,” the President’s indecorous remarks seemed more like a cartoonish publicity stunt designed to increase profits for a movie that Sony then went on to release across theatrical and on-demand outlets anyway. The stir caused some American art-house cinemas to replace their scheduled programming of classic, independent, documentary, and foreign films with “The Interview.” Hmm.

The Obama administration has used the situation to name ten North Korea-related individuals implicated in illicit activities (including weapons sales) that it plans to sanction (presumably with actions such as seizing their bank accounts). It has also launched an all-out cyber war with North Korea by temporarily shutting down the country’s Internet, twice. 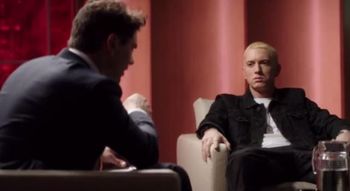 Whatever the government’s profiteering motivations for overreaching in such a grotesque manner, some ironic if sad identifiers come though during the “Interview’s” payoff discussion sequence inside Kim Jong-Un’s palace. James Franco’s smarmy celebrity host character Dave Skylark has a list of burning questions with which he intends to publically humiliate Kim Jong-Un (Randall Park). Skylark rings a blaring bell of hypocrisy that cuts close to the bone of America’s own well-documented issues with hunger when he asks the North Korean leader why he allows 32 million of his citizens to go hungry. Many millions of Americans suffer malnutrition every day (check out the absurdly bland term “food insecurity”), but you don’t see anyone asking Obama why he allows “his” people to go hungry.

One thing that anyone with a halfway decent BS detector intuitively knows is that the corporate-controlled US Government is using a Hollywood movie as an excuse to overreach and double down on an all-too-obvious political attack against a country with which America shares perhaps a few too many similarities.

As with every other massive political scandal (see the NSA) in the U.S., nothing will happen when the cyber criminal(s) responsible for the Sony hack are identified as being unrelated to North Korea. It is already too late. The Obama Administration used a dumb movie as an excuse to execute plans it had laid out far in advance. Why they sank so low as to use a satirical movie as the excuse is the big question, and I believe I have the answer: they want to be caught so that they can prove once again that the US Government can do whatever the hell it wants without having to be accountable. If you think North Korea is contemptible, the Obama Administration has handily proven that Kim Jong-Un and his crew have nothing on the good ole US of A. 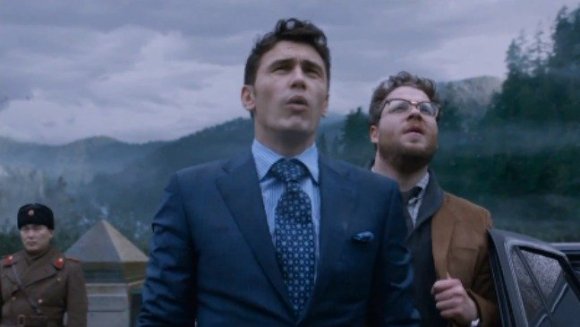