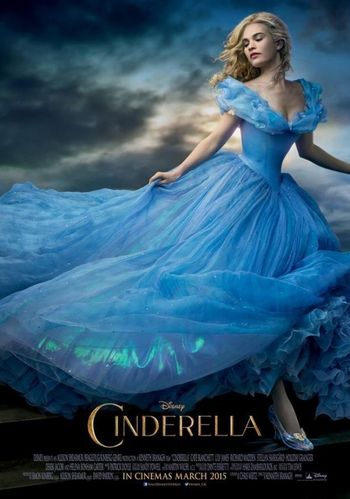 Sturdy as a brick lighthouse, Kenneth Branagh’s live-action rendition of this timeless fairy tale is nothing less than exquisite. Branagh’s experience producing, directing, and acting in film versions of Shakespeare’s plays echoes in the context of a much-beloved, (formerly animated) children’s classic. Refined dramatic beats build through the superb performances of skilled actors (some classically trained) using a detailed storytelling process that fills in the cracks of a narrative so well known that children can recite it in their sleep.

Not a stranger to creating lavish set pieces for pictures like “Love’s Labour’s Lost,” Branagh crafts opulent visual compositions that are stunning for their brilliant balance of color, light, and scale. Magical.

Branagh’s recurrent director of photography Haris Zambarloukos uses swooping camera shots to add movement and scope to the enchanted proceedings. Low and high-angle camera shots reveal levels of nuance that range from the humorous to the suspenseful. The cinematographer’s rich use of Kodak film stock mitigates the movie’s necessary use of computer-generated graphics for scenes like the metamorphoses of a pumpkin into a shimmering chariot, and of four mice into magnificent horses.

Special attention is given to the first act in establishing Cinderella’s backstory. Young Ella (Eloise Webb) lives an idyllic existence in a countryside mansion estate with her loving mother (Hayley Atwell) and doting dad (Ben Chaplin). Kindness and courage are virtues that Ella’s parents instill in their happy-go-lucky daughter, before harsh reality turns her world upside down. If losing her adoring mother to a creeping disease weren’t bad enough, Ella’s father remarries Lady Tremaine (Cate Blanchett), a woman far less generous than Ella’s biological mom, before himself dying while away on business.

Ella ages into “Downton Abbey’s” Lily James. Blanchett’s increasingly cruel Lady Tremaine; her two cur-like young adult daughters Anastasia (Holliday Grainger) and Drizella (Sophie McShera) demote Ella to the mansion’s cold attic. They recast her as “cinder”-Ella because of the soot that frequently covers her face since she has been relegated to serving as housekeeper. 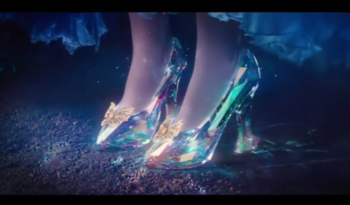 The casting of Lily James as Cinderella proves a coup. James’s modest beauty works in the iconic character’s favor. Positioned opposite Richard Madden’s impossibly blue-eyed Prince Charming, James levitates though the role of a girl whose fortunes turn with the aid of her very accommodating Fairy Godmother (played to perfection by the ever-typecast Helena Bonham Carter). Choice casting delights for other supporting roles stand out. Rob Brydon elicits sly chuckles as a painter charged with executing a portrait of the King (Derek Jacobi). Branagh makes sure to provide the gifted Shakespearian actor Jacobi with as much screen time as possible, adding emotional gravitas to the inevitable coupling of his son with the girl who wins his and the viewer’s heart.

The movie could very well be entitled “Kenneth Branagh’s Cinderella” for its no-nonsense “speak-the-speech-I-pray-you” approach. It is a fairy tale taken seriously enough to flirt with a sense of magical realism. The glass slippers that Cinderella wears are certainly the most divinely beautiful pair of shoes you’ve ever imagined. All is as it should be. 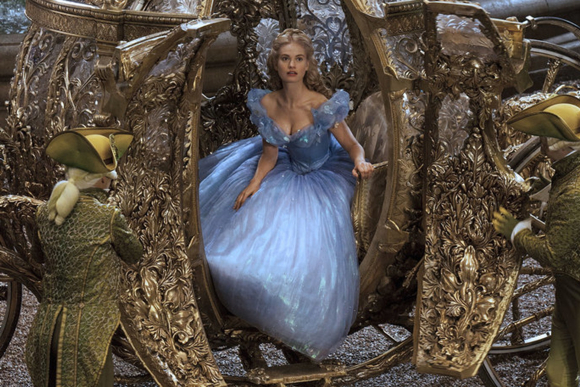