GROWING UP & OTHER LIES 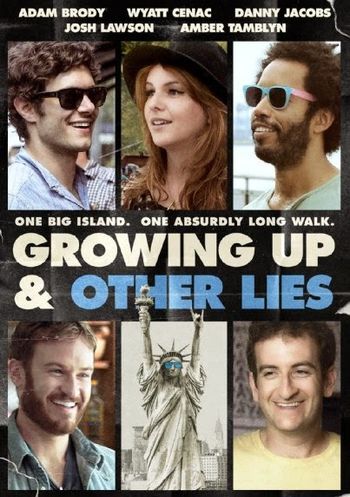 A current New York City zeitgeist, revealed in the recent indie effort “Loitering with Intent,” and now in “Growing Up and Other Lies,” proposes that New Yorkers (and ostensibly the rest of America) are suffering from mid-life crisis at an earlier age. What was once the province of the forty-something crowd has moved up by a decade or more.

This freshly blunted generation is an extension of the finally deceased Mumblecore cinematic movement (2002-2014) that wallowed in indolence and confusion for its nutrition. Mumblecore maintained willful ignorance as a way of escaping from commitment to anything not related to apathy, absurd behavior, or leaching off others.

Now, a new generation of (better educated but equally rudderless) hipsters define themselves by dressing poorly (in camouflage knee shorts and athletic socks) and by prattling on about what they should, could, or would do with their lives if they weren’t so busy being snotty to one another. With friends like these, you don’t need any enemies. Note to hipsters, camouflage is shitty enough when soldiers wear it outside of war zones, when you wear it; it makes people want to barf.

Meet artist-boy Jake (Josh Lawson), a New York City dweller with a broken heart and an urge to move back to Ohio to live with his dad. Jake’s three guy pals, who he’s barely seen in the past year, insist on taking Jake on a 260 block walking tour for “one last great adventure.” You know the scene, four youngish guys taking swigs from a bottle of booze and taking pee breaks like a pack of unleashed dogs.

The idea is that this mission of physically induced camaraderie will inspire Jake to stick around New York rather than retreat into America’s soul-dulling suburbs. Wyatt Cenac (“The Daily Show”), Adam Brody, and Danny Jacobs do honors as Jake’s almost multi-culti bros. Starting in Inwood, and inexplicably ending in Queens, the filmmakers keep the audience up-to-date on the journey with hand-drawn maps of Manhattan outfitted with block numbers to be scratched off. Everything about the movie has a sloppy, throwaway feel to it.

The film’s central philosophical quandary is summed up in a hypothetical situation about a robber who bursts into your house, puts a gun to your head, and posits a “Sophie’s Choice” question that you must answer in order to avoid being “shot in the face.” The implied male “You” can either choose to go on a two-week vacation to a remote country house with your “perfect” girlfriend of six months, and her parents. You must poop in the bathtub of the home’s only bathroom for the duration of your stay, and deny the disgusting deed. Or, you can choose to take two cars everywhere that you go, no trailers or assistance allowed. 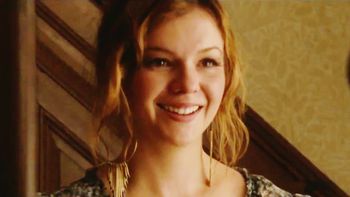 If this little game sounds the least bit funny, entertaining, or significant in any way, then this movie is for you. If on-the-other-hand you find this diversion to be as dull and pointless as I did, then you have the option of choosing not to squander 90 minutes of you life on this disappointing movie whose only bright spot comes from Amber Tamblyn's performance in an under-used supporting role.