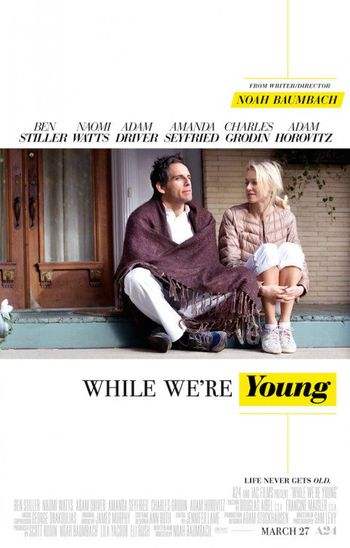 Overnight, Noah Baumbach has digressed from making sophisticated [uncharacteristic of the genre] mumblecore movies (see “Greenberg” and “Frances Ha”) to creating a gimmicky mid-life crisis comedy that pits Gen Xers against cunning mid-20s hipsters. Baumbach’s slippery slide toward entropy coincides with an up-tic in the annoyingness factor of Ben Stiller, an actor better suited to quirky supporting parts than leading-man roles. His principal performance in “Greenberg” was an exception because Stiller’s emotionally stunted character there was nothing if not eccentric. After watching “While We’re Young” you may never want to see another Ben Stiller movie again. I certainly don’t.

“While We’re Young” gets off to a bad start in its pairing of Stiller playing opposite the always-on-point Naomi Watts as a late-40s husband-and-wife duo with marital troubles. Talk about an utter lack of screen-chemistry, oil and water would go together better.

Naturally, the couple lives in Brooklyn, the belly of the beast for irritating hipster culture in America. Josh Srebnick (Stiller) is a frustrated filmmaker who busies himself teaching film studies at a university to stay properly distracted from completing a documentary he’s been working on for over a decade. His marriage is in a rut because Josh never gets around to taking a (much discussed but never acted-upon) vacation with his wife Cornelia (Watts). The couple’s best friends (played by Maria Dizzia and Beastie Boy Adam Horovitz) have recently had a baby, an event that has turned them into predictably insufferable bores obsessed with getting everyone they know to breed. If you sense that you’re in a pale Woody Allen-knock-off; you are. 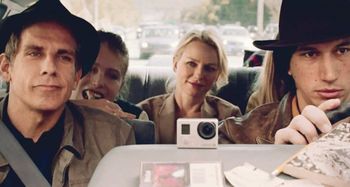 Both couples have things the other wants. Jamie wants to steal Josh’s professional identity, and jump in the sack with Cornelia whose father (Charles Grodin) happens to be a celebrated documentarian able to give him a hand up in the biz. Josh fancies playing big shot around his new apprentice, and stealing some of Jamie’s youthful energy to finally complete his film project. Cornelia gets in on the act, hanging out with Darby as her new best friend. Swinging might be in the offing.

It’s obvious that Noah Baumbach is attempting to pattern his New York-centric career on that of Woody Allen. Examples of stunt casting, similar to Allen’s modus operandi, run through this movie to less than stellar effect. If pairing Watts with Stiller weren’t clunky enough, Baumbach’s doubling down of a Jewish guy with a blonde partner (Jaime and Darby) reflects the director’s private relationship with Greta Gerwig.

Everything about the movie feels stunted. The jokes are half-hearted and the plot never arrives. “While We’re Young” is a movie that recedes while you’re watching it. The most satisfying thing about the picture is Adam Driver’s smarmy portrayal of a remorseless opportunist out to take every shortcut available to put himself on top in a society made up of other, less ambitious, phonies. 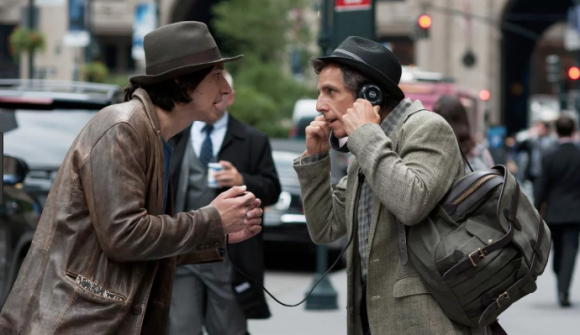