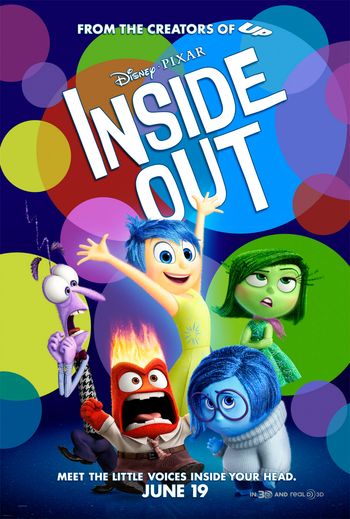 Children’s book authors will be eating their hearts out over co-writer/co-director Peter Docter’s brilliantly devised story about the emotions that people (kids in specific) feel, and how they can control the voices in their heads. Joy, Sadness, Fear, Anger, and Disgust are the five Emotions that vie for a prime-time spot inside the mind of 11-year-old tomboy Riley (Kaitlyn Dias) like balls in a ginned-up Las Vegas roulette wheel. But in this case, the Emotions are color-coded characters who work together as congenial pals in a spaceship-styled control center lined with floor-to-ceiling rows of colorful bowling-ball-sized orbs that each hold one of Riley’s precious memories.

The imaginative dual-layered narrative exists inside Riley’s head and in the real world, where memory flashbacks provide comic asides. A funny episode depicting baby Riley’s attempt to avoid eating the broccoli her dad feeds her on her highchair escalates from a moment overseen by Disgust before turning over the helm to Lewis Black’s lid-blowing Anger. Another memory is made and collected.

The premise is complicated, yet Docter and his team strike just the right tone of streamlined psychology lesson, wide-eyed wonder, and homesick heartache for an exquisitely paced film that ticks every box of audience expectation, and more. 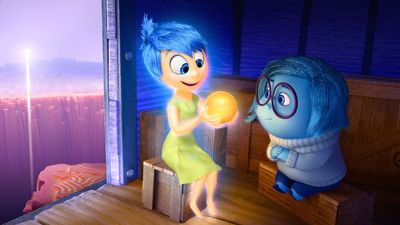 Riley’s mom (voiced by Diane Lane) and dad (voiced by Kyle MacLachlan) uproot the family from affable Minnesota to snotty San Francisco for dad’s new job. It looks like there will be no more hockey team action for the athletic Riley, whose budding sense of self-determination is about to go full-bloom when Sadness (voiced by Phyllis Smith) starts touching Riley’s memories, thereby turning them blue. A crisis looms as Riley’s brain gets stuck in a mode of remorse. Puberty plays a silent role that gets gentle attention in the film’s final scenes.

As it turns out melancholia has an important function in the hierarchy of survival instincts. The mystery of Sadness’s role provides the film’s thematic hook. 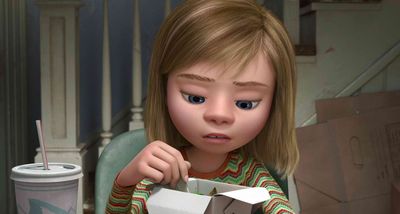 The pixie blue-haired Joy (voiced by Amy Poehler) is an eternal optimist with a habit of big-dogging the other emotions, so it’s only natural that she leads the mission, with Sadness in tow, through the depths of Riley’s long-term memory reservoir to set things right. The pair goes on kooky excursions though the corners of Riley’s mind in places like Imagination Land and the more surreal Subconscious. The lively animation of display is more than worthy of big-screen viewing. This is not a movie to watch on your iPad.

Peter Docter was sorely missed on “Toy Story 3,” after his palpable story-writing contributions to the first two films in the franchise. Mercifully, the gifted Docter is currently co-writing the upcoming “Toy Story 4,” which is due out in 2017. “Inside Out” is a contender for best children’s movie of the decade, or longer. 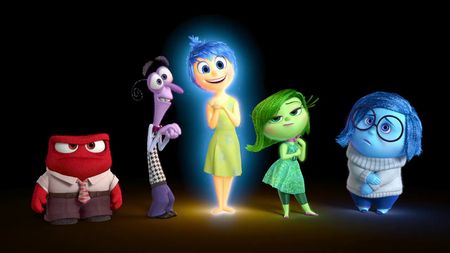 Posted by Cole Smithey at 02:59:59 PM in Animation, Children