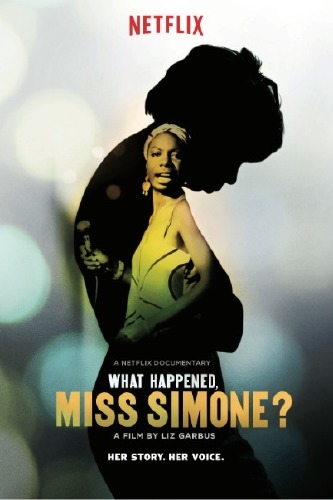 A coincidental companion piece to Asif Kapadia’s Amy Winehouse documentary “Amy,” here is a stout telling of the heartbreaking life of an enormously talented and ambitious black singer/songwriter/pianist (and civil rights activist) whose trademark eyeliner-style Amy Winehouse adopted as her own.

Director Liz Garbus (“Bobby Fischer Against the World,” 2011) eloquently sets the film’s tone with an eerie quote from Maya Angelou.

“Miss Simone, you are idolized, even loved, by millions now. But what happened, Miss Simone?”

It proves to be a provocative question about a complex woman caught in a web of domestic and social abuse. Through dazzling archive performance and interview clips, and upfront contributions from the likes of Simone’s articulate daughter Lisa, Garbus hits every note in a biography that, like Nina Simone’s dynamic vocal range, goes from gravel to frosting. Intelligent audio interviews allow the outspoken singer to narrate in her own inimitable voice. Documentaries don't get much more intimate than this.

Nina Simone (nee Eunice Waymon) was a classical piano prodigy (starting from age four) while living in poverty in ‘30s era Jim Crow-ruled North Carolina. A white classical piano teacher discovered Simone playing piano in a church and groomed the young girl to be the country’s first black female classical pianist. The instructor went so far as to set up a “Eunice Waymon” fund for Simone’s continued musical education. Still, a year-and-a-half at Juilliard was all Simone could afford before being forced by necessity to start playing bar gigs in Atlantic City where she had to sing.

The rich narrative and musical material on display allows Garbus to work the audience into a compulsive lather of mixed emotions. A jolt hits when Simone’s controlling husband/manager Andrew Stroud appears in interview footage after we’ve heard vivid descriptions of his violence from Lisa Simone, and Nina’s diary. Stroud confirms the claims against him. Nothing is held back. Simone sings with a fury that explodes, “Alabama’s gotten me so upset, Tennessee made me lost my rest, And everybody knows about Mississippi Goddam.“ 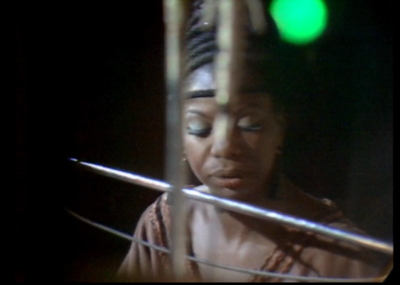 Her famous song “To Be Young, Gifted and Black” cuts to the heart Simone’s generous intentionality.

From a political perspective, “What Happened Miss Simone” arrives at a key moment of crisis for Blacks in America, when the ongoing incremental genocide of Blacks is on the rise.

Nina Simone’s definition of freedom rings with the same truth as is found in her music.

“What is freedom? No fear.” 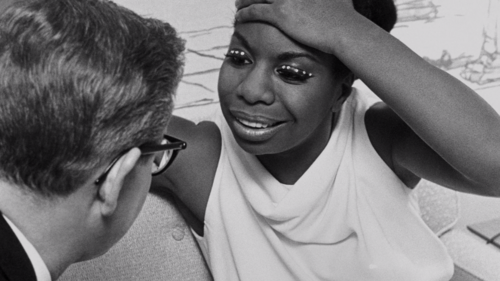