THE LOOK OF SILENCE 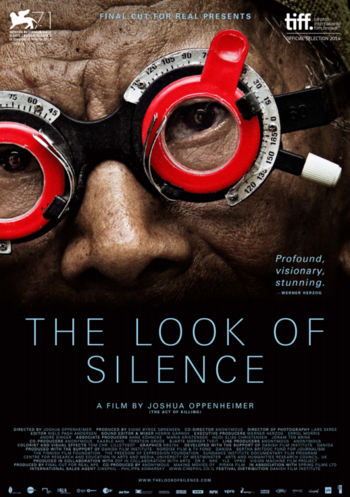 Joshua Oppenheimer’s compelling follow-up to his trailblazing 2012 documentary “The Act of Killing” shifts the focus from the gleeful perpetrators of the Indonesian mass killings of 1965-66 to the modern-day plight of the victims’ surviving family members, and one family in particular. Under the unflinching gaze of Oppenheimer’s camera, Adi Rukun, younger brother of the brutally murdered Ramil Rukun, fearlessly interviews the death-squad commanders, local politicians, and vigilantes responsible for killing his brother shortly before he was born.

The 44-year-old Adi is an optician with a wife and two young children. He visits his elderly mother and father, whose indeterminate ages may be north of 100. Adi’s mother tells her son how his father was so distraught after Ramil was gutted and castrated that he lost a tooth every day after receiving the horrific news.

We get a firsthand recollection by Ramil’s killers of how they rolled his corpse into the Snake River. The canal was so engulfed with the bodies of hundreds of thousands of “communists” that locals were unable to eat seafood after the genocide lest they ingest parts of the bodies of their former neighbors. But scruples weren't universal. The murderers drank their victims’ blood because they believed doing so would prevent them from “going crazy” after slaughtering so many victims. 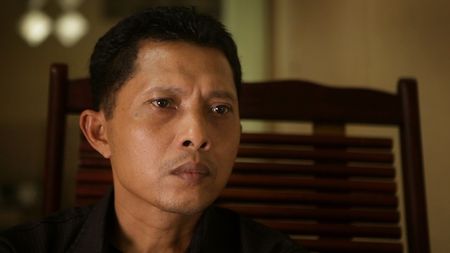 An NBC News television report from 1967, hosted by an embarrassingly self-righteous reporter named Ted Yates, showcases the appalling brand of American propaganda spat out to spin the Indonesian genocide. Yates describes Indonesia, an authoritarian regime allied with the U.S., as being “more beautiful without Communists.” He shamelessly justifies the bloody skullduggery in capitalist terms for the camera as he interviews a local man who describes how the “communists” wanted to be killed. Cough.

Under the pretext of prescribing eyeglasses for local death-squad leaders such as 72-year-old Inong, a man whose bitterness seethes beneath the surface of his elderly appearance, the unflappable Adi confronts his brother’s killer. Adi’s poker-faced composure hardly prevents Inong from lashing out at him when Adi contradicts Inong’s claim that communists slept with each other’s wives. Inong orders Joshua [Oppenheimer] to stop filming because he doesn’t want to “talk politics.” 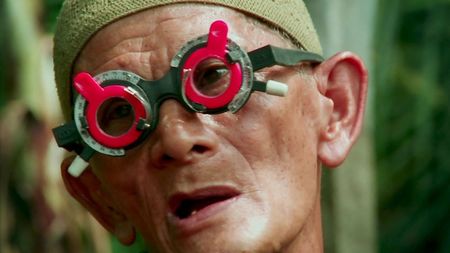 The filmmaker allows Adi more distance to observe his brother’s killers explaining their actions by showing him video interview segments on a television set in his home. Snake River death squad leader Amir Siahaan blames his crimes on America because they “taught us to hate communists.” Amir thinks he should be rewarded with a free trip to America for the killings he ordered.

A chill falls over the film when Adi questions a former “top leader” of the Komando Aksi, who openly threatens Adi for committing “a secret communist activity” by daring to ask him for answers. 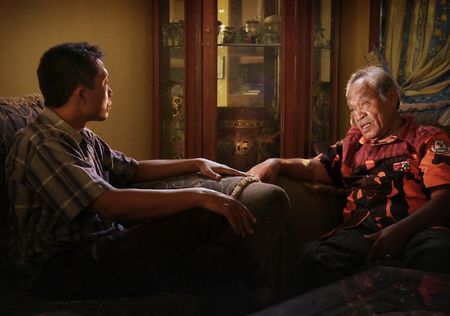 “The Look of Silence” makes for a deeply personal and edifying, and harrowing, audience experience that observes the intersection of mass killing and politics regardless of the country of origin. Joshua Oppenheimer’s stated goal for the film, to show what it means for people to have to live with the individuals who killed their family members, extends directly to America’s culture of fear, where impervious police gangs kill an average of about three citizens every day.

America’s quotidian public and private abuse of its citizens (especially minorities) has bred a culture of impunity committed by cops who have taken their indoctrination to heart. The rampant corruption and self-entitled arrogance of America’s wealthy (ostensibly right-wing) ruling class has robbed the country of its humanity. Oppenheimer’s quest for “truth, justice, reconciliation and some form of healing” for the Indonesian people might seem a lofty goal, until you consider how badly America needs the same things. 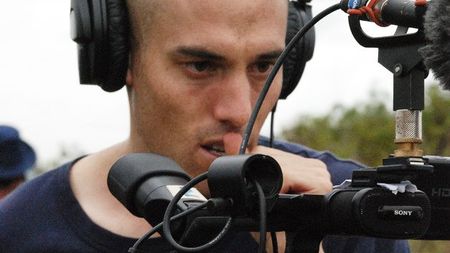