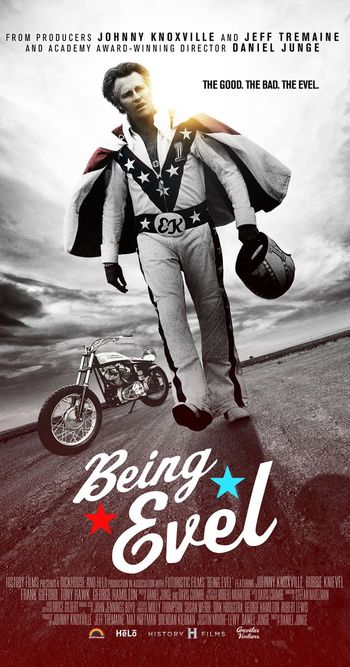 Motorcycle daredevil Evel Knievel was a big deal to any kid who grew up in the U.S. during the '70s. Arriving in the midst of America’s post-Watergate malaise of cultural depression, Evel Knievel’s bone-breaking motorcycle stunts provided an appropriately self-punishing form of shared experience for a country looking for escape.

Knievel inspired an entire generation of kids who went from playing with Mattel’s plastic toy version of the motorcycle king and his Harley Davidson bike, to the parent-unapproved act of building ramps to jump over trashcans on banana-seat bicycles. Many bones were broken but, in keeping with the times, no lawsuits were filed. 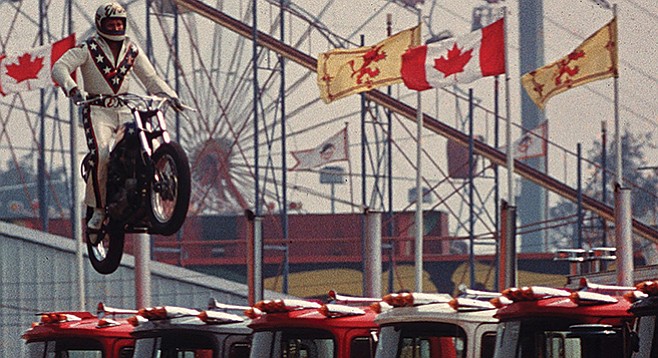 Johnny Knoxville (of “Jackass” fame) was one of those kids. As the film’s producer and key interviewee, Knoxville is the admiring narrator of an overdue documentary about a complex man who went from smalltime hustler to millionaire national hero. How he threw it all away provides the movie with a morality tale of Greek tragedy proportions. Knoxville happily introduces us to Knievel’s personal demons, warts and all. Knievel’s colorful past comprises a litany of illegal and outrageous acts. 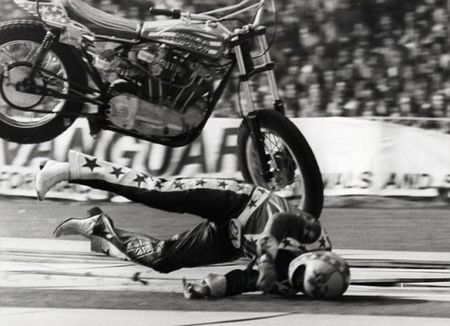 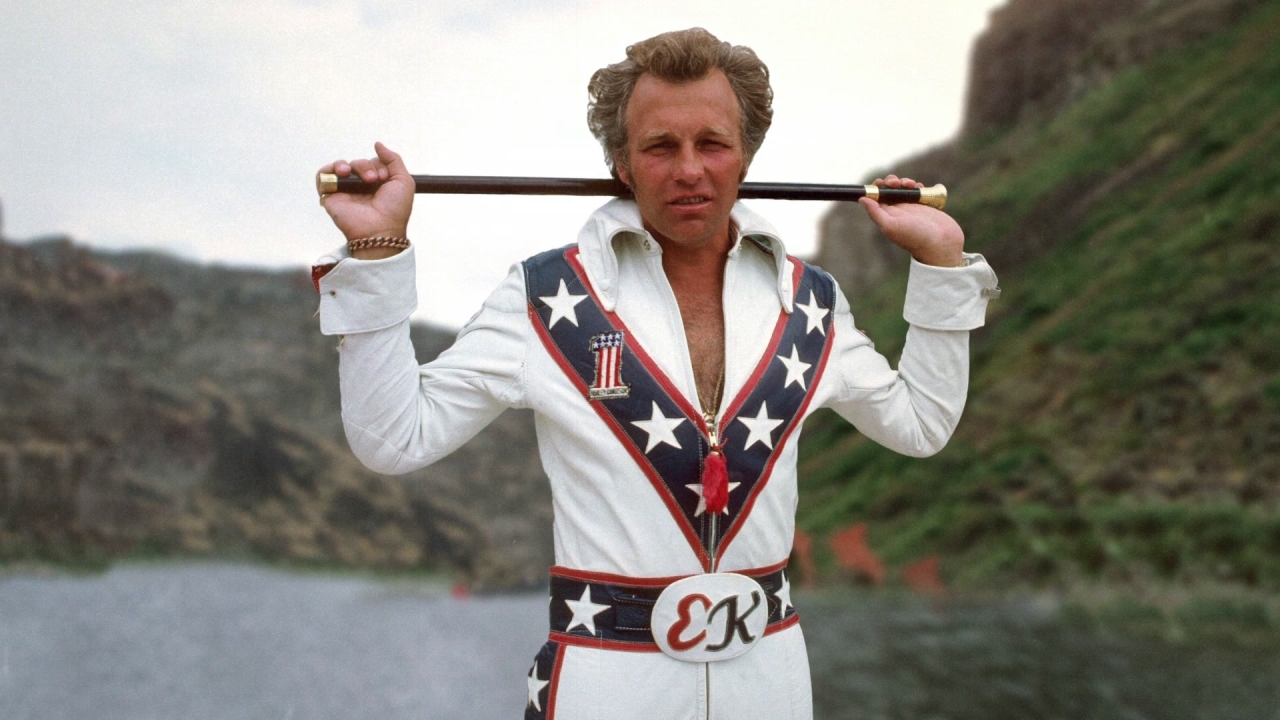 Figures from Knievel’s ex-wife Linda and their kids to sports promoter Shelly Saltman provide streams of lively anecdotes about the daredevil whose crashes were more legendary than some of his successful jumps. If you’ve never seen the slow-motion footage of Evel taking a midair dive on his bike after clearing the fountains at Caesars Palace, look out — it’s ugly. Saltman’s commentary is especially notable because the biography he wrote about Knievel resulted in Evel attacking him with an aluminum baseball bat, an attack that cost the daredevil an extended stint in the pokey. “Being Evel” is more than an entertaining story of a womanizer, bully, and alcoholic showman from Butte, Montana who reinvented sports, product licensing, and celebrity culture. It identifies an approach to life that flipped a national switch of public consciousness. 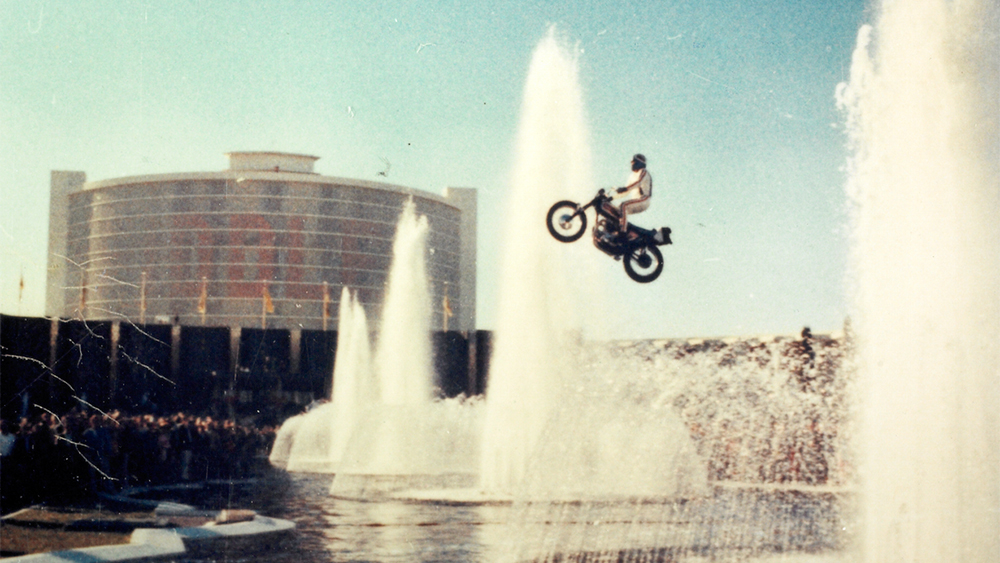 Part folk hero and part con man, Evel Knievel filled a vacuum that has come to be occupied by the good and the bad alike. Donald Trump and Tony Hawk couldn’t be more different people, but Evel Knievel influenced them both, along with the fans who admire them. Then there’s the obvious. Johnny Knoxville and his Jackass team reinterpreted Evel Knievel’s stunts in a postmodern way that embraced the crashes, rather than the successes, as life's raison d'être. Cultural identifiers don’t come any bigger, meaner, or influential than Evel (nee Robert Craig) Knievel. 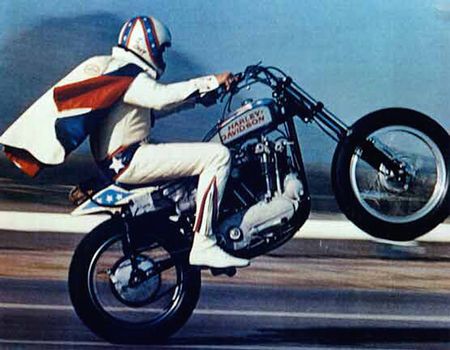