« MISSION: IMPOSSIBLE — ROGUE NATION | Main | I TOUCHED ALL YOUR STUFF » 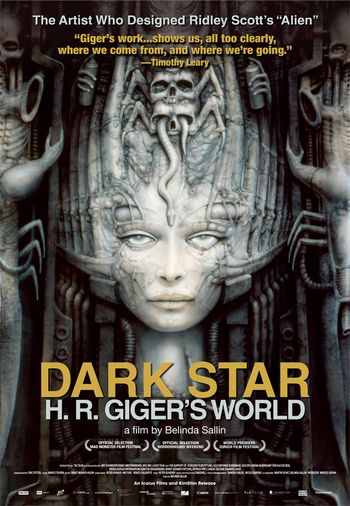 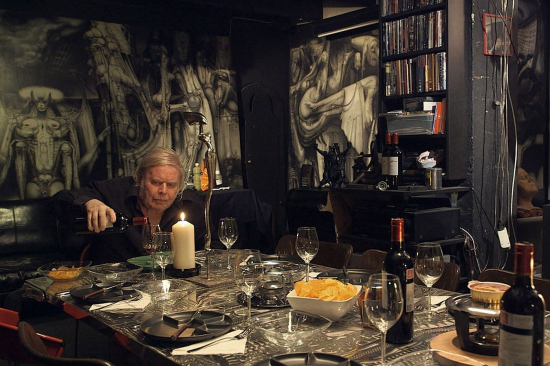 Giger won a Best Achievement in Visual Effects Oscar for his work on “Alien,” but by the time Hollywood discovered his prolific wealth of paintings and sculptures, the surrealist was already a household name in his hometown of Chur, Switzerland. Giger’s work on Alejandro Jodorowsky’s abandoned “Dune” movie informed design aspects of “Star Wars.”

Debut documentary-feature director Belinda Sallin was fortunate to film Hans Ruedi (as his friends and family affectionately call him) at his sprawling live/work studio during the artist’s final days. He passed away shortly after filming was completed.

It takes some getting used to seeing the master artist barely able to speak or move freely after suffering from an apparent stroke. Archive footage of Giger painting shows him working with phenomenal speed and precision.

Sallin extracts fascinating stories depicting Hans Ruedi growing up in his loving parents’ home, which came equipped with a genuine mummy occupying the basement. Racked with fear due to the ancient preserved corpse occupying his home, Hans Ruedi was nonetheless compelled to visit the basement alone at the age of eight to face his fears. Old footage reveals the mummified cadaver in its coffin-like case. The creepy experience stuck with Giger and contributed to his anxious psyche. Like his encouraging mother, Hans Ruedi was constantly racked with fears related to the unknown. Painting and sculpting were the only way to alleviate his angst. 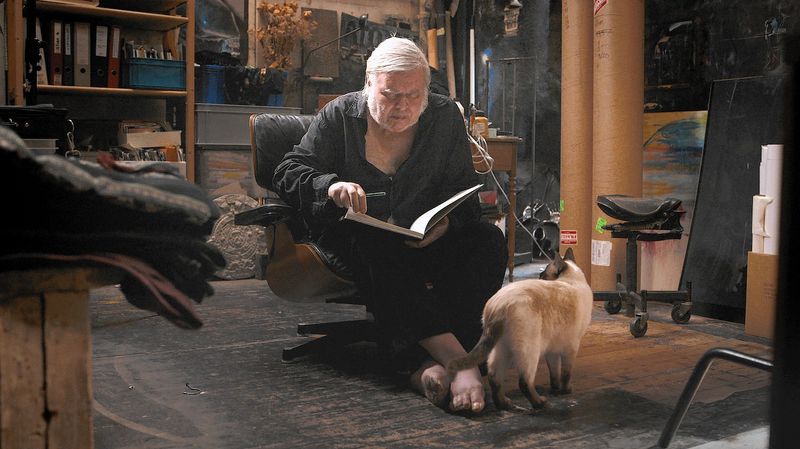 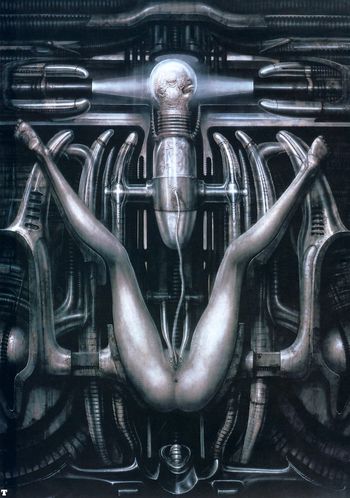 Surprises abound. Psychiatrist Stanislav Grof takes the viewer on a backyard tour of Giger’s “Ghost Ride,” a creepy adult rollercoaster that takes the passenger on a perinatal journey through tunnels adorned with the faces of sculpted infants, reptilian creatures, and skulls. Giger’s three-dimensional reflection of the “trauma of birth” is far scarier than anything in a circus sideshow. A dynamic aerial view rises from the tree-and-shrub concealed area to reveal its proximity on the edge of town, adjacent to an active railway and mini skyscrapers. An especially joyous moment arrives when the camera follows Hans Ruedi taking the ride. He yells at his beloved Siamese cat Muggi to get off the track. 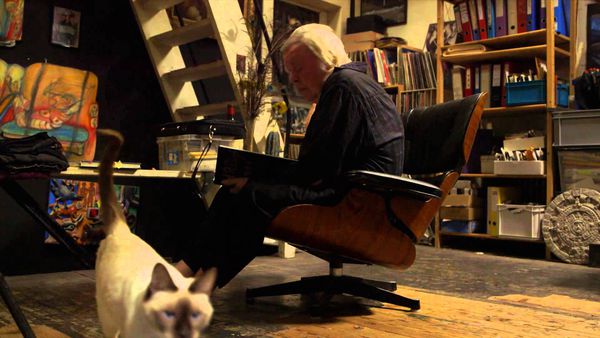 Giger’s dark sense of humor comes across when he takes the oldest skull from his collection off a shelf, and describes how, after his father gave it to him when he was six years old, he would pull it down the street on a piece of string. The unpleasantness of death gives him, and us, a fuzzy feeling. Delightful.

"Dark Star: H.R. Giger’s World” provides an intimate window into the creative process and vibrant workplace of an artist whose originality and boundless imagination is beyond the beyond. 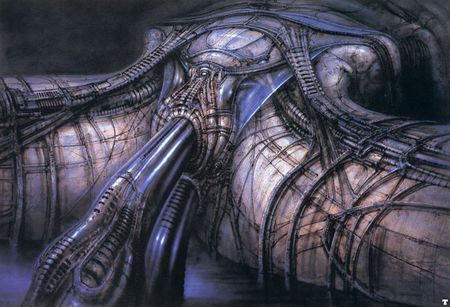