I TOUCHED ALL YOUR STUFF 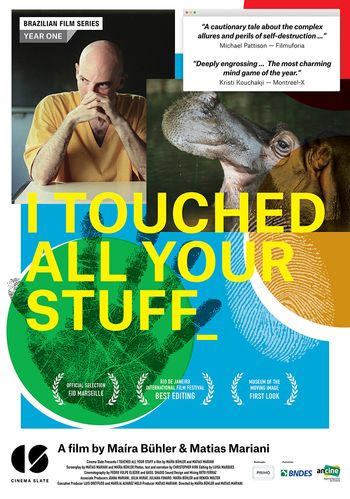 Co-directors Maira Buehler and Matias Mariani have anti-establishment world traveller, con man, and convicted felon Christopher Kirk narrate his bizarre account of falling in love with an “exotic” woman to whom he only refers as “V.” How the object of Chris’s romantic subplot relates to his current incarceration is the elephant in the room that this ersatz documentary only obliquely answers during the film’s final moments. The movie is one big tease that doesn’t pay off as much as you’d hope, but there’s still much to enjoy through the material’s intrinsic suspense. Chris is, in the end, a gifted storyteller even if he’s an unreliable narrator.

Seated in a Sao Paulo prison, dressed in standard-issue orange garb, the good-humored Kirk leans forward to talk with his gently hands clasped on a small table; a blank chalkboard fills the drab space behind him. An I.T. expert from Flint, Michigan, Chris Kirk comes across like your friend’s nice-but-creepy uncle from the Midwest. He’s fun to talk to for a little while but there’s something not right about him — something a bit menacing.

The nerdish Chris (nicknamed Goose) describes going to Bogota, Columbia to see wild hippos, the last remaining vestige of deceased drug kingpin Pablo Escobar’s legacy. The giant creatures are breeding in the waters of the long-abandoned fortress estate. Coincidentally, we’re told, Chris was friends with an air force captain living at the embassy in Bogota who picked him up at the airport in an armored truck. A visit with the “captain” to a local bar introduces Chris to V, an “exotic” (half-Japanese-half-Columbian) economics student with an aversion to cameras. This femme très fatale is a vampire. One of the documentary’s weakest aspects comes from a dearth of images of the film’s most important secondary character. The only images we see of the mystery girl are a “hazy photo of V on the beach,” a shot of her back at a club, and an artist’s abstract portrait.

Dating V hardly reveals much of her inner character to Chris, but she was evidently great in the sack. V inexplicably always carries two cellphones, but with only one battery to switch between them. V’s odd behavior and stories, related to other men, cause Chris to become suspicious and hack into her computer looking for answers. Chris has secrets of his own, and clandestine motivations as well. 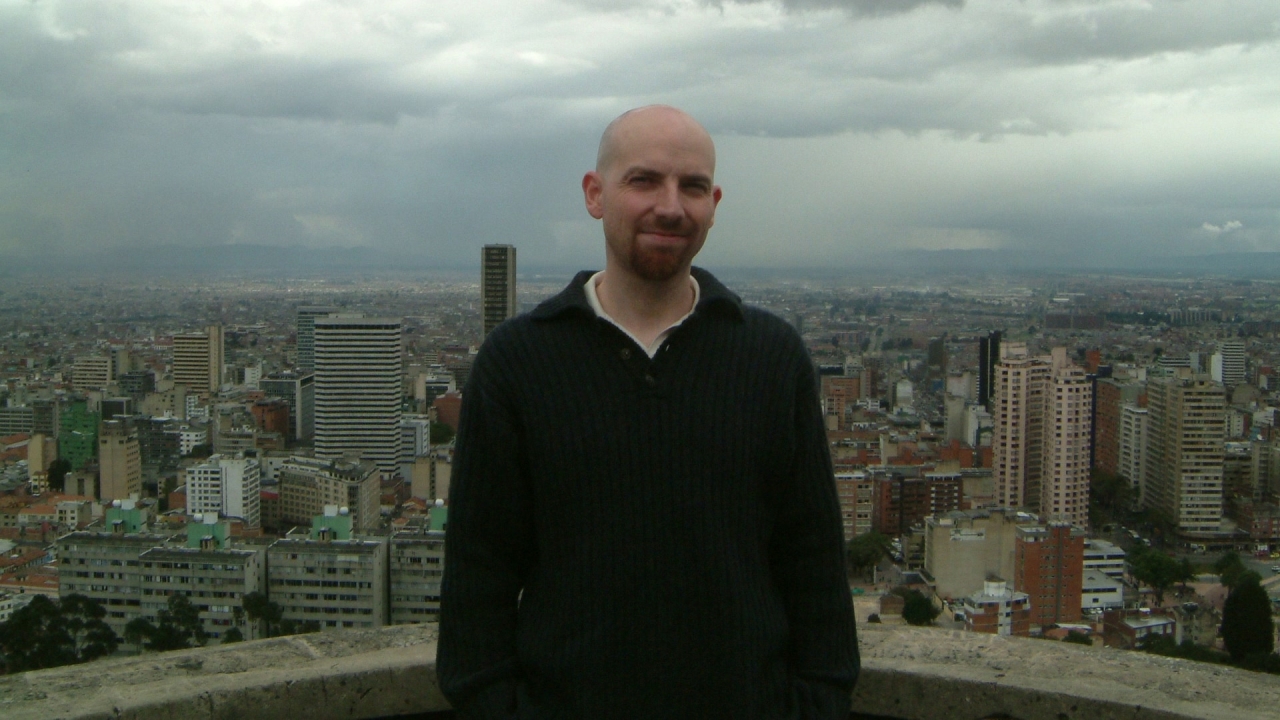 Although plagued with inept editing techniques and an irritating overuse of screenshot imagery and repetitive B-roll footage “I Touched All Your Stuff” is a fascinating character study even if you don’t walk out feeling like you had some epiphany.

Early in the movie, Chris reads from his own lush writings, “Where does the explorer go when it’s all been explored?” The one thing we’ve learned about Chris Kirk is they he was looking for trouble in all the right places. 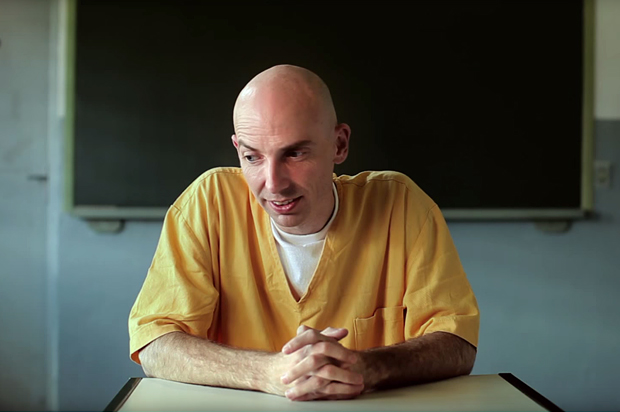