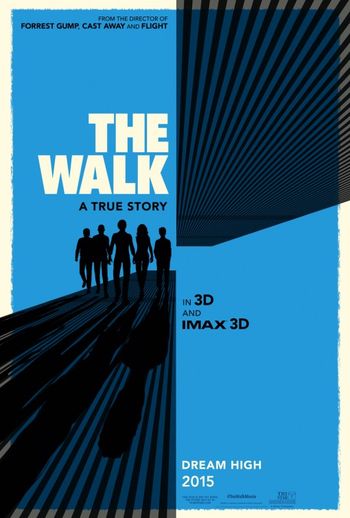 A palm-sweating love letter to the Twin Towers, Robert Zemeckis’s meaningfully 3D-embellished telling of Philippe Petit’s journey to stepping on a cable strung more than 110 stories above Manhattan’s ground is at once thrilling, moving, and larger-than-life. Indeed, your palms will sweat, and many tears will spill. The film’s confidently employed 3D effects support Petit’s heartfelt narrative with jolts of visual authenticity. Be prepared for a couple of window-breaking scenes that could make you recoil in your seat to get out of their way. High angle shots, looking down from above the towers, provide a dizzying context for Petit's incredible achievement. 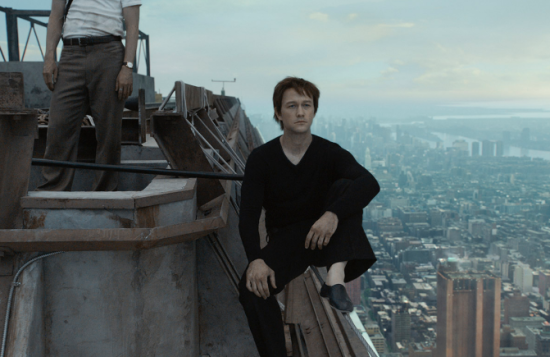 Based on Petit’s 2002 memoir (“The Reach the Clouds: My Highwire Walk between the Twin Towers”), this wildly entertaining film switches between presentational and representational approaches that function surprisingly well for the subject. You can’t help but be swept up by it. By the standards of Hollywood big-spectacle movies, none come close to packing this much emotional juice. “The Walk” is a TKO you don’t see coming. 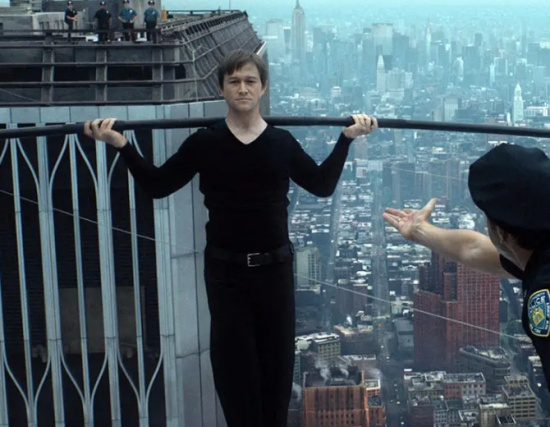 Joseph Gordon-Levitt impeccably inhabits the ambitious, if fanatical, French tightrope walker with a spot-on Parisian accent and demanding physical skills born of the eight-days that the gifted actor spent training with Petit in order to walk on a wire. Though executed with Green Screen visual effects, and with the help of a stunt-double, Gordon-Levitt was required to perform on a tightrope 12-feet from the ground. 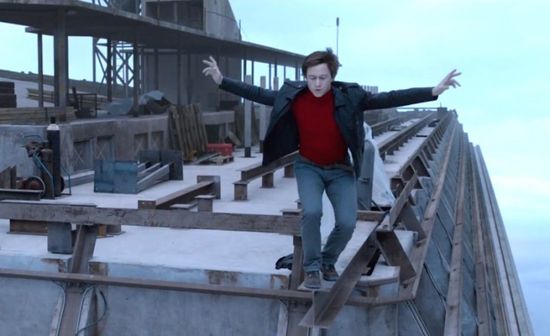 Philippe Petit speaks directly to the audience from his elevated perch on the Statue of Liberty’s torch overlooking the Twin Towers. Again and again the film returns to Petit’s fourth-wall-breaking narration on the Hudson River to bring the audience inside his intimate story via an effectively pronounced passion for something that most of us have a tough time getting our heads around, namely walking on a cable strung between the World Trade Center in 1974. 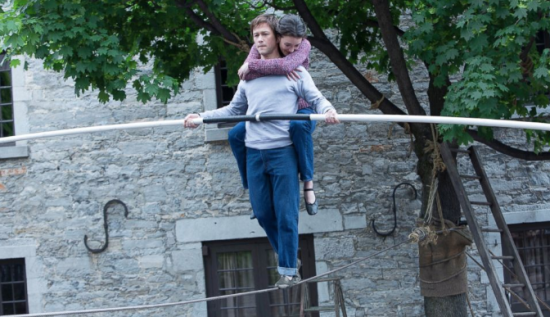 When the “walk” does occur, it carries with it a profound sense of social and personal fulfillment. The inspirational power of Petit’s death-defying walk makes sense for the human scale of his performance, and its historical context. The film exists as an elucidating cinematic document of how Petit’s rebellious act transcends more things than anyone could imagine at the time that he did it. 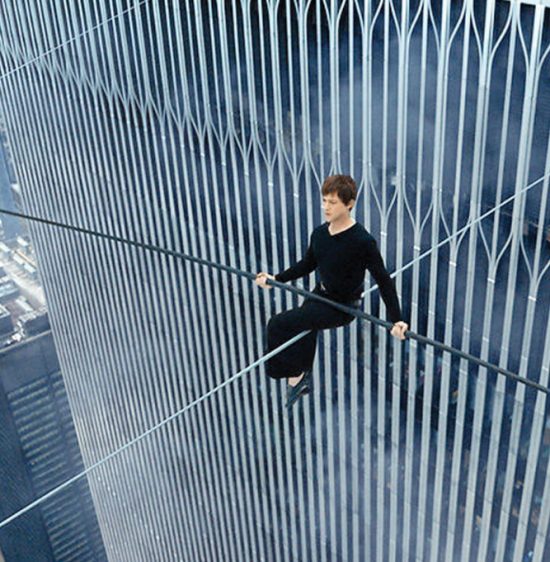 Early on, Zemeckis uses evocative black-and-white sequences of Petit developing his act on the streets of Paris. Splashes of color enter in. A baguette, which the unicycling Petit steals from a sidewalk café, takes on its true color against the somber gray urban background. Such visual flourishes of detail-oriented expression consistently connect to characters’ actions with a seamless fluency.

Zemickis and co-screenwriter keep Petit’s personal history moving with a lean editing style that satisfies any audience expectation before you know what that anticipation might be. 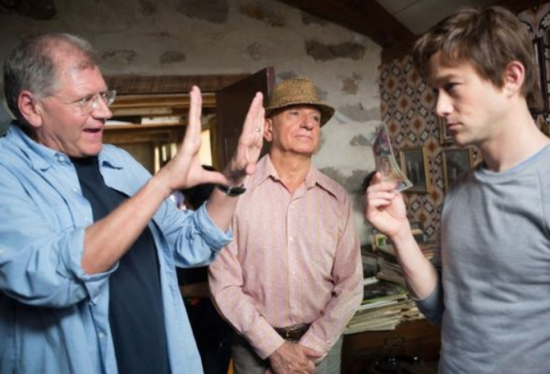 Ben Kingsley brings his ineffable signature charm to bear as Petit’s wire-walking mentor Papa Rudy, with whom Philippe shares a contentious but respectful relationship. Kingsley’s wonderful supporting performance is every bit as Oscar worthy as Gordon-Levitt’s portrayal is for a leading role. This is a movie that you will never forget. Take the family, and enjoy. 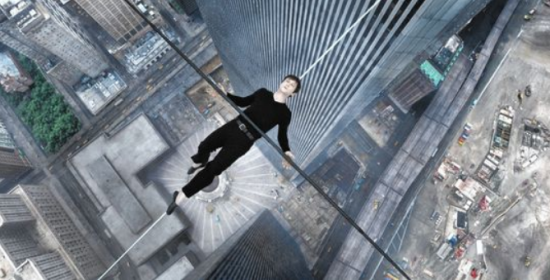