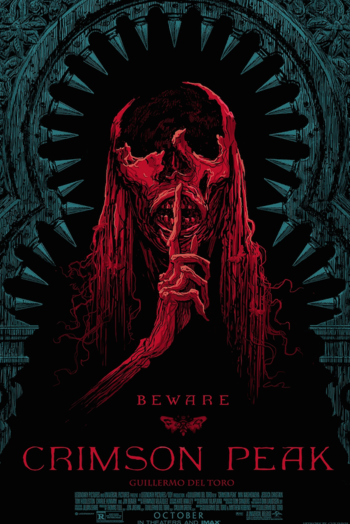 There’s a reason that Guillermo del Toro has felt the need to defend his latest film with the excuse that it is a Gothic Romance, as opposed to the ostensible horror movie, that the film’s trailer, and poster, indicates. Why would your "romantic" movie poster say "Beware?" Is there a danger of STDs? Genre confusion, however, is not this tedious film’s only fatal flaw. A protagonist breaking character is another egregious error that sends this visually appealing movie down its melancholic, if gory, path to entropy. 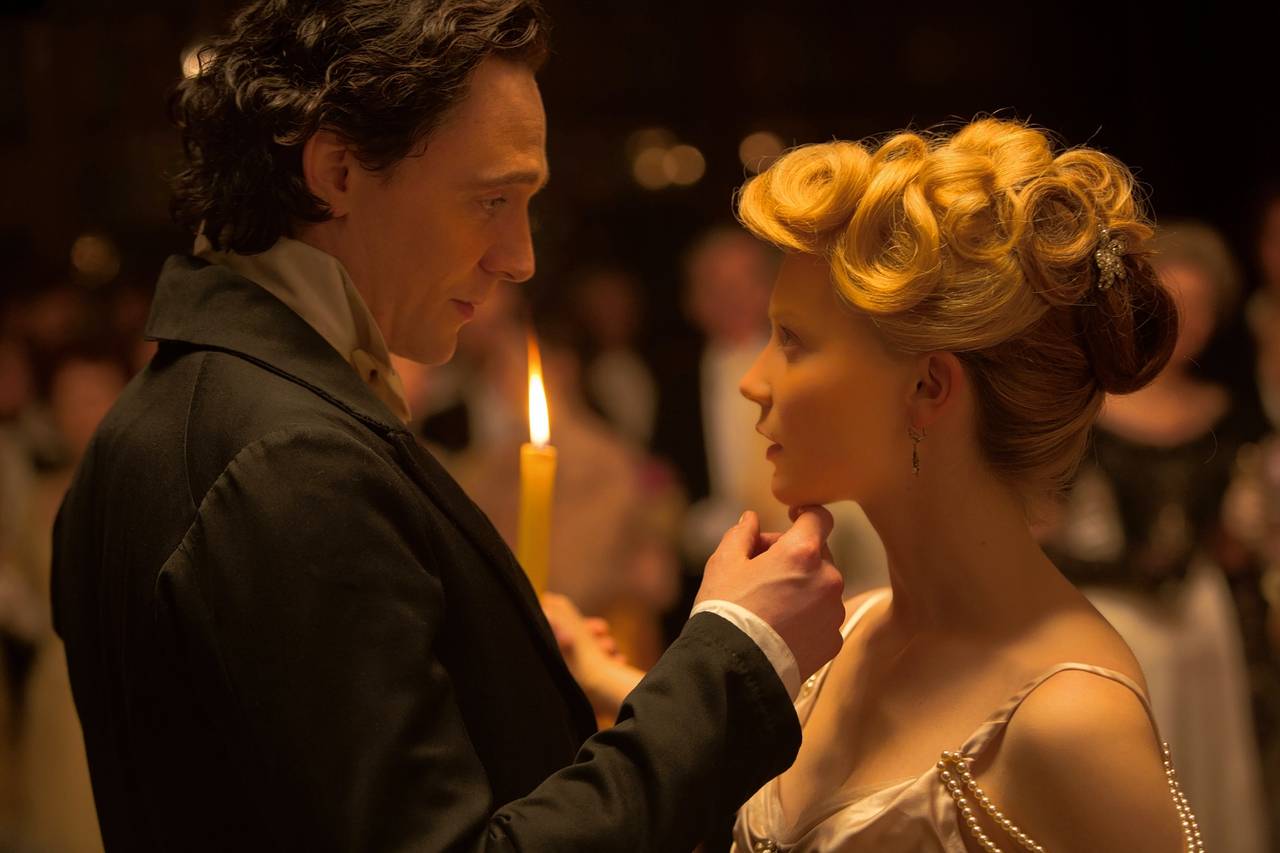 Guillermo del Toro’s long-awaited return to his signature phantasmagoric style (see “The Devil’s Backbone” and “Pan’s Labyrinth”) arrives with an unexpected thud. On first blush it seems possible that del Toro’s experiences making Hollywood films, has eaten away at his creative powers. Directing “Pacific Rim” might not have been the best career decision after all. “Crimson Peak” is an exquisitely lush movie to look at, but it lacks suspense. Regardless of whether you go into the film expecting to see some preconceived notion of a gothic romance or a horror movie, suspense is a key element that should be there. For a movie that del Toro says is not a horror movie, sudden outbursts of vicious bloody violence play out in deadpan counterpoint to the mundane narrative at hand.

Mia Wasikowska’s Edith Cushing is a shrewish author of ghost stories living in Buffalo, New York during Europe’s Belle Epoch. From her writerly perch Edith prefers Mary Shelley to Jane Austin. The subtext here is that she may be searching for her own Lord Byron. Edith’s naughty-librarian appearance (hair up with glasses) disguises a sharp wit, and lusty loins seething to tempt the town’s latest mystery man, Thomas Sharpe, a baroness earnestly portrayed by Tom Hiddleston.

Thomas earns Edith’s respect when he notices one of her ghost stories sitting on her desk in her industrialist father’s office. The charming baroness is dutifully impressed at the pages he peruses before discovering that Edith is the story’s author. More importantly, Thomas is in town with his not-right sister Lucille (unconvincingly played by Jessica Chastain), on a mission to find financial backing for a mining machine he has devised to remove the red clay upon which his British mansion is sinking. Naturally, Edith’s business-savvy father Carter Cushing (note the Peter Cushing reference) is the wealthy would-be investor that Thomas must convince. Is the love that blooms between Edith and Thomas to be trusted?

In spite of her instincts about the kind of “toxic” man he might be, Edith marries Thomas after her disapproving father’s murder. Edith manages to act against the resolute instructions of both of her deceased parents when she moves across the Atlantic to live with Thomas and Lucille at “Crimson Peak,” a place her mother warned her never to go. 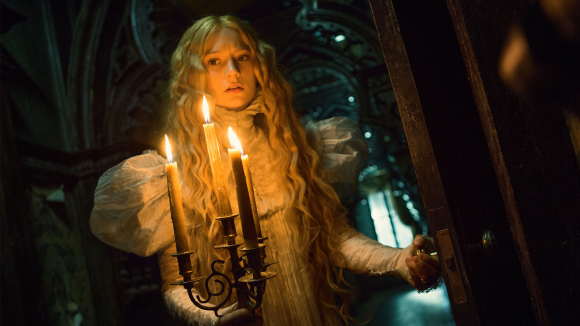 Edith’s writing aspirations go out the window after she moves into the gigantic snow-covered “Allerdale Hall” (aka Crimson Peak), whose land glows bright red. Allowing Edith's primary character trait (as a fiction writer) to vanish into thin air just when she should be using her ghost-infested surroundings for novelistic inspiration, removes a key part of Edith’s identity. It is as if del Toro is reneging on his female character’s intellectual promise in favor of a weak emotional bond with a man who is clearly not what he presents himself to be. It doesn’t help del Toro’s goth-romance gambit that Hiddleston and Wasikowska share an utter lack of romantic chemistry. A secret that Thomas and his sister share, explains the coldness Thomas exhibits toward Edith. Del Toro isn’t as daring in the realm of sensual expression as he is at showing sudden bloody violence. 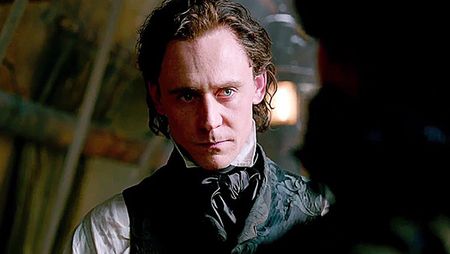 The Mexican filmmaker has fun borrowing elements from films such as “The Rocky Horror Picture Show” (see the decrepit mansion’s elevator) but the overall effect is overwrought and underwhelming. “Crimson Peak” isn’t an awful movie; it just isn’t a very good one either. Come back Guillermo del Toro. We need you.