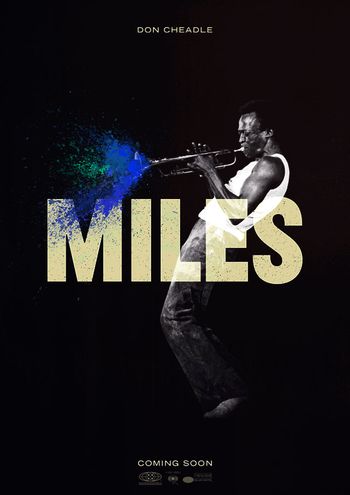 Don Cheadle’s independently produced labor of love is an exquisitely polished love letter to the iconic genius who revolutionized music five times over during the 20th century. This is a big movie with Miles Davis’s music and mind, front and center. Narrative information seeps from every pore of this appropriately larger-than-life film.

Clever filmic storytelling devices filter historical fact with apocryphal cinematic flourishes to get at Miles Davis's charismatic personality. The filmmakers adopt a daring and original approach that works like a charm. As Don Cheadle said at the New York Film Festival press screening, this is the kind of movie Miles would have wanted to act in. One viewing isn’t anywhere near enough to drink in all that this great movie has to offer. This film has multiple Oscar nominations written all over it even if the powers that be will make sure no such thing ever occurs. Nonetheless, film-lovers will seek this motherfucker out. 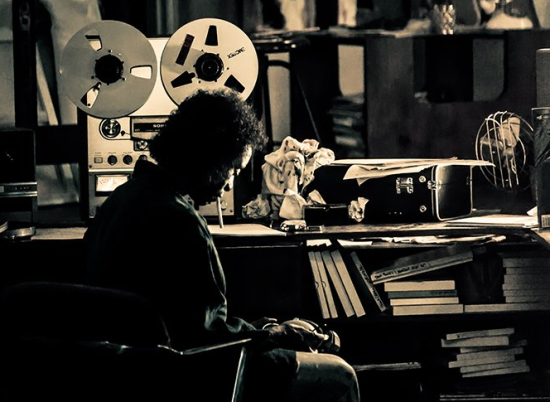 Cheadle directs himself with attention to the story’s overarching tonal and rhythmic ebbs of musical influence. A lot of thought and attention went into every note that the audience hears.

We see Miles Davis when we see Cheadle playing the trumpet. His transformation is absolute. The effect is hypnotizing. It would be selling the veteran actor short to say that he was clearly born to play Miles Davis if only for his similarly structured visage of Davis's handsome and athletic bearing. There is so much more to Don Cheadle's dramatized incarnation of a legend that you should stop reading this review and just get down with the movie. 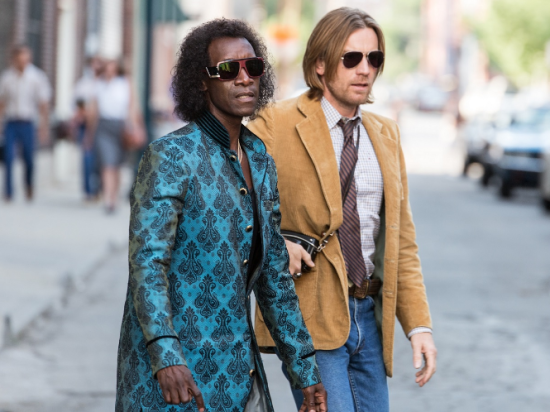 The diligent Cheadle walked many psychological and physical miles in Davis's ubiquitous shoes to arrive at the incredibly high level of performance that he gives here. I'd give him the Best Actor Oscar right this minute. It simply doesn't get any better than this. Dustin Hoffman in "Lenny"? Yep, this movie does all that and more. "Pollock"? Yes, Cheadle shows off real horn chops just as Ed Harris threw real paint as Jackson Pollock. And, still this movie does so much more than either of those estimable examples of the biopic genre achieves. It is no small feat to reinvent the biopic genre. Tarantino might talk shit about biopics, but I bet he'd love this one. Witness Aaron Sorkin's failed attempt at the same goal with "Steve Jobs," a movie that comes nowhere near the level of narrative sophistication that "Miles Ahead" flicks, punches, and grooves on like nobody's business. 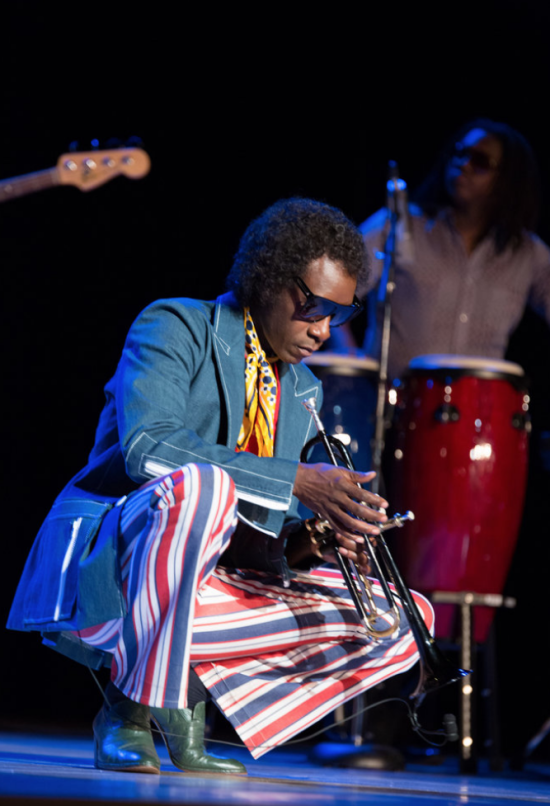 When asked at a New York Film Festival premiere screening how he juggled so many tasks while making the picture, Mr. Cheadle replied, “Drugs.” Watching his wonderfully inspired portrayal of Miles Davis is like taking an emotionally charged musical journey drug for the audience. It doesn't hurt that Mile's former bandmate Herbie Hancock oversaw the film's musical aspects with the assistance of veteran composer Robert Glasper. 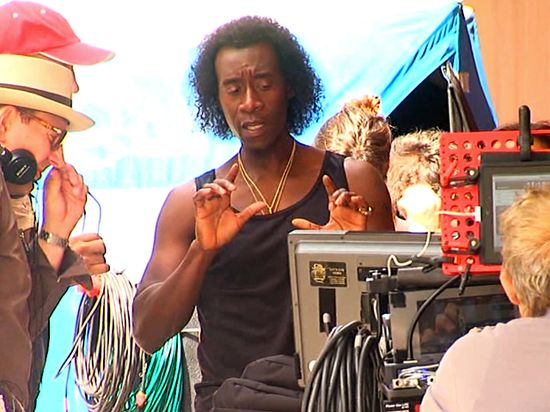 Cheadle and his fellow screenwriters break the typical biopic cradle-to-grave format with an approach compatible to the way Miles Davis's actively creative mind worked. Sturdily constructed subplots weave between two days during Miles’s ‘70s era retirement from music, and earlier periods related to his time with Frances Davis (1958 – 1968), the woman featured on the cover of Davis’s 1961 album “Someday My Prince Will Come.” A hot chemistry boils between Cheadle and the impossibly beautiful actress who plays Frances with an elegant poise and feminine power that is out of this world. Muse? You bet.

The “Sketches of Spain” recording sessions make for a cool peek at Miles directing his band with the assistance of Gill Evans (Jeffrey Grover). We are entranced by Cheadle’s elegant command of his characterization. “Miles Ahead” has a floating sense of Miles Davis’s human essence hovering everywhere you look. Everything works. Especially enjoyable is Cheadle’s pitch-perfect delivery of Miles’s wonderfully laconic sense of humor, as expressed though his famously rasp of a voice. (Miles blew out his vocal chords when he yelled while recovering from polyp surgery). Hilarious zingers fly left and right. The picture is funnier than most Hollywood comedies. 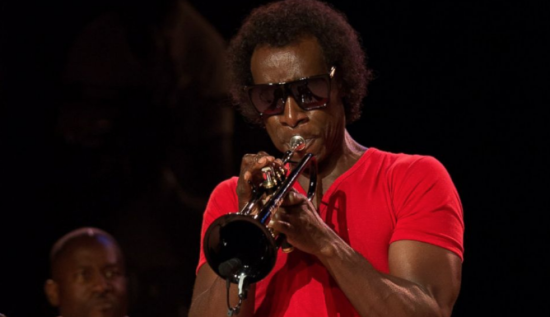 It goes on. The artistic cinematic ingenuity on display here is staggering. The film’s lighting and production designs are lush like you can’t believe. Naturally, the film’s editing (courtesy of John Axelrad and Kayla Emter) is perfect down to the millisecond. These filmmakers clearly took their time. You never doubt the shifting tempos that map out the thickly layered storyline.

Although the film doesn't open until April, 2016, it is being given a limited release qualifying run, in order for it to be considered for the 2016 Oscars. 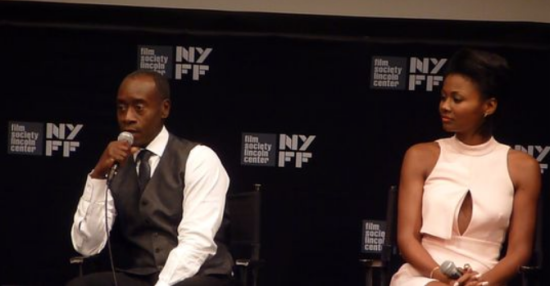 As the only film at the 53rd New York Film Festival to feature black actors, “Miles Ahead” made a powerful statement that transcends the music of Miles Davis as an ongoing social and cultural connector. Don Cheadle makes a point to include a scene where Miles tells a reporter not to call his music “Jazz.” “Call it social music,” Miles says. Cool man. Dig it, 'cause if you can't dig this, you can't dig nothin'.