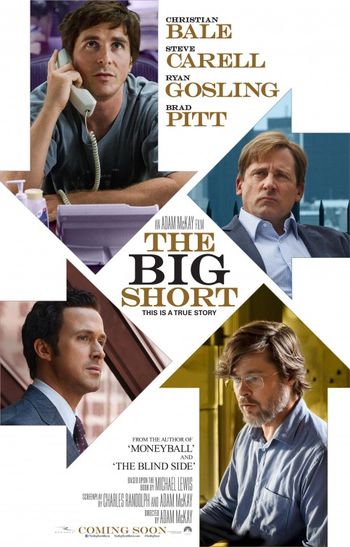 Directed by Adam McKay, “The Big Short” is the most inventive thing Hollywood has done in a long time. Presented as a comedy, albeit with enormously tragic human underpinnings, the movie is more of a highly stylized docudrama. It catches you in the mind, heart, and guts with a wealth of historical background, and facts about the cause of America’s 2008 financial meltdown. Frequent direct-to-camera speeches, from such money-hungry shakers as Ryan Gosling’s Jared Vennett, tell you what’s what. 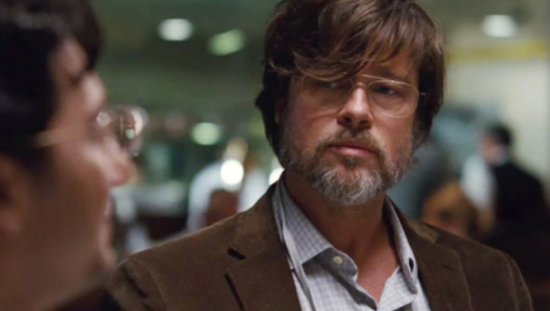 Rich layers of character development, and flourishes of cinematic panache, only add to the film’s ravenously entertaining design. You get a rush from watching it. A characteristically pithy quote from Mark Twain, gets right to the heart of America’s colossal hubris that created the phenomenally asinine bank motto, “too big to fail.” 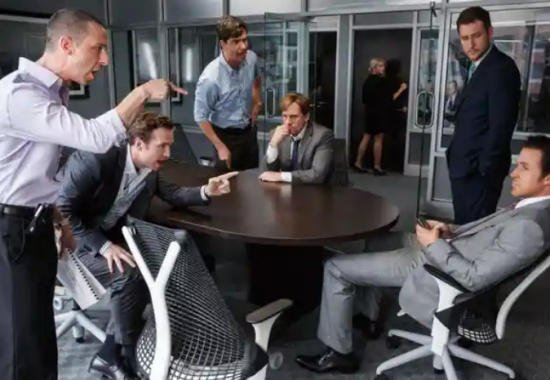 “It ain’t what you don’t know that gets you into trouble. It’s what you know for sure that just ain’t so.

One thing’s for sure; Americans don’t know shit about the hidden banking mechanisms that control their lives, much less their money. However, by the end of “The Big Short” properly caffeinated audiences should have a pretty good idea about how and why the country will fall into an even bigger financial collapse than it did in ’08. Nothing can, or will, stop it. 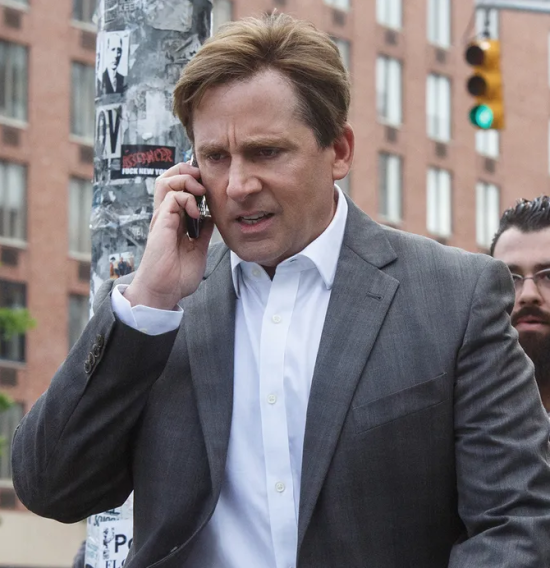 The film is adapted from Michael Lewis’s bestselling book “The Big Short: Inside the Doomsday Machine,” in the event you want a more expanded print view of our intentionally obfuscated economic system, devised by banking fraudsters. The extraordinary thing about this movie lies in its plainspoken explanations of financial instruments like mortgage bonds and collateralized debt obligation (CDO). Ryan Gosling’s character turns to the camera to introduce “world famous chef Anthony Bordain” to give a food analogy that defines a CDO. Chef Bordain uses “three-day-old halibut” to convey the idea. 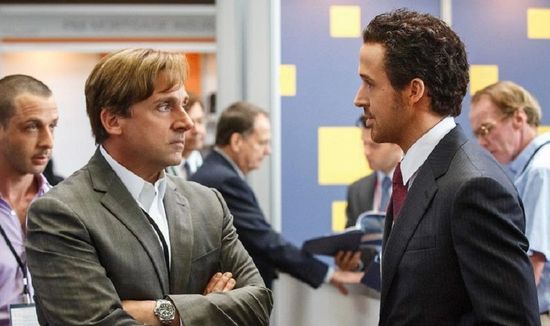 “So mortgage bonds are dog shit. CDOs are dog shit wrapped in cat shit.” There’s a lot of cursing in the movie, and for good reason; everything about our current banking system stinks to high heaven. As he did in last year’s “Foxcatcher,” Carell creates an emotionally broken character whose brittle way of communicating works in his favor. 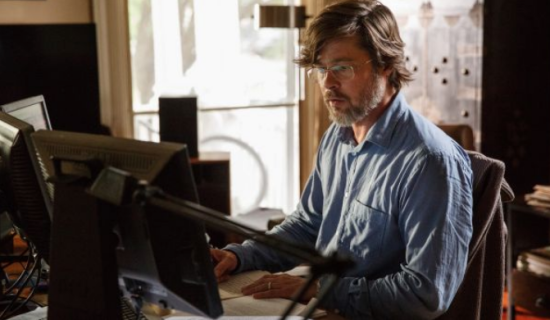 The movie introduces us to the handful of people who saw America’s financial house on fire, and designed ways to capitalize its eventual collapse, hence the film’s title. 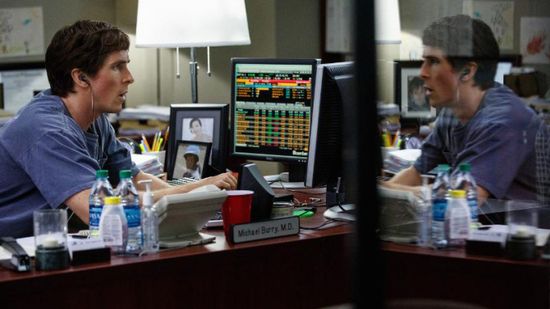 Of these crystal-ball gazers, hedge fund manager Michael Burry M.D. (Christian Bale) was first to the table. Burry, a heavy metal aficionado with a glass eye puts his obsessive-compulsive disorder to good use when he does the heavy lifting of painstakingly going through the status of many thousands of individual mortgages. He discovers an utterly worthless subprime housing market buoyed by bogus “double A” and “triple A” ratings. In a masterstroke of anti-hero inspiration, Burry convinces big bands to build credit default swaps that he in turn purchases for more than a billion dollars. 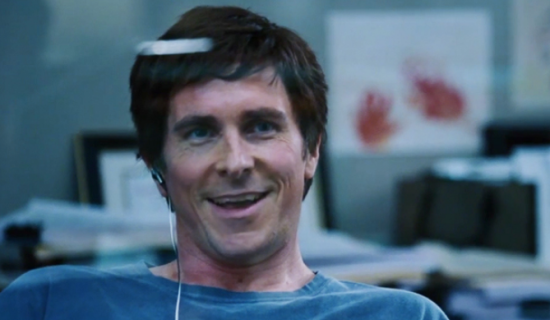 Bale’s at once fragile and seamless characterization of Michael Burry is one of the film’s most understated yet effective contributions. Film acting doesn’t get any better. “The Big Short” is great movie about a difficult subject. It wants to teach you some important lessons about the world around you in the hope that your newfound knowledge might help us all. It also wants you to have some fun along the way.