LISTEN TO ME MARLON 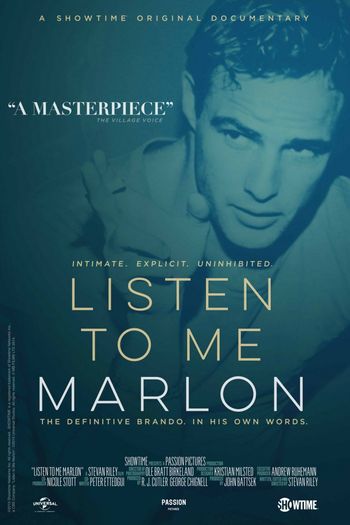 Though encumbered by a bland title, Stevan Riley’s profoundly intimate first-person telling of Marlon Brando’s life is indispensable. The key to this brilliant documentary’s success derives from its nearly exclusive use of personal audio interview recordings of conversations with a man widely considered to be one of the greatest actors who ever lived.

A from-the-horse’s-mouth conceit delivers a pristine explanation of Brando’s articulate intellect, heart, and alternately blessed and tragic existence. Brando is nothing if not eloquent, candid, and revealing. He’s also lecherous to a fault. You’ve not seen flirting until you see what transpires between Brando and his female interviewers. Neither Sinatra nor Elvis had Brando’s hot-burn charisma. There would be no Al Pacino or Robert DeNiro if not for Marlon Brando. 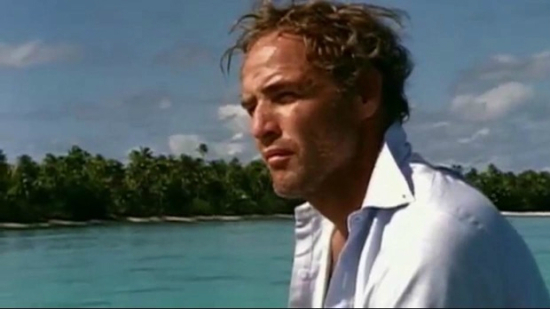 Listening to his strangely melodious voice has a calming effect. Here is a craftsman on a constant search for beauty and some amount of human justice.

Thoughtful use of clips from many of Brando’s films gives proof to the actor’s embrace of Stella Adler’s Stanislavsky-inspired method approach to acting. Rare clips of Stella Adler discussing the craft and its application takes on a personal dimension when it’s revealed that Adler opened her home to Brando in preparation for launching his career. 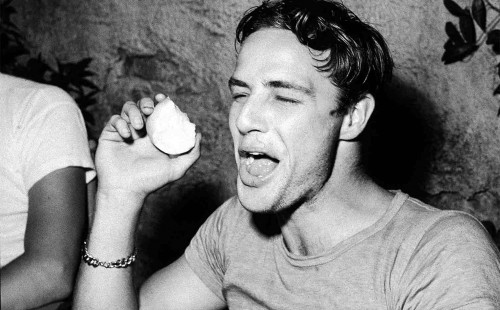 Brando discusses studying people’s personalities from a cigar shop on 42nd Street and Broadway, imagining the secrets they struggle to hide. He describes his inferiority complex, a symptom of the abuse he suffered at the hands of his cruel alcoholic father. He calls himself a sensitive person. Brando’s meticulous approach to acting explodes with curiosity about exotic cultures, such as in Tahiti where he found paradise.

The movie has a wealth of visually interesting aspects, such as a computer-generated depiction of Brando, for which he modeled his voice and face. The weird sequences of computer-Brando talking add to the film’s haunting effect. 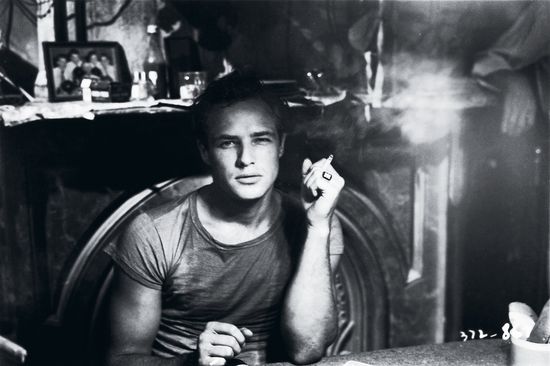 The filmmakers frame the carefully edited biographical narrative against the moment when Marlon’s son Christian shot and killed his half-sister Cheyenne’s boyfriend (Dag Drollet) while staying with their mother and father at his Beverly Hills estate. When reporters question him after his son is sentenced to 10-years in prison, Brando is too emotionally broken up to talk. For all of the power and charisma that Marlon Brando’s name encouraged, he is consistently as down to earth a [sounding] person as you could ever hope to meet.

“Listen to me Marlon” gives you the sense of casually hanging out with Marlon Brando over a period of years as he describes his complicated life and career. It is an unforgettable experience. 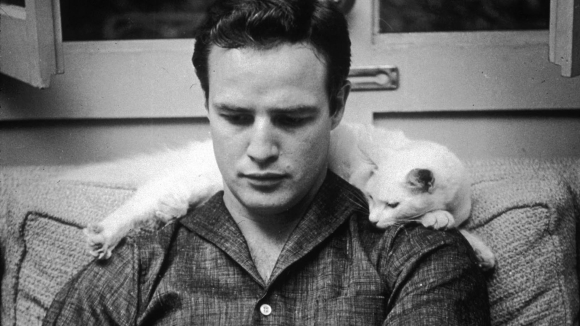