« LISTEN TO ME MARLON | Main | THE BRAINWASHING OF MY DAD » 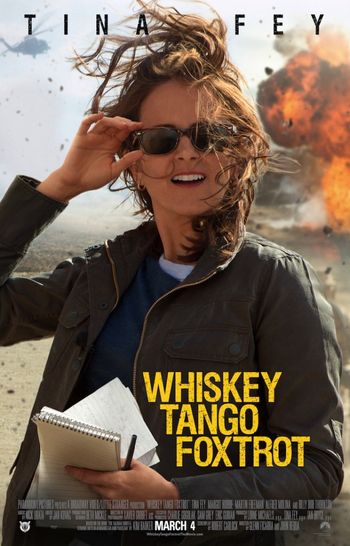 “Whiskey Tango Foxtrot” (a.k.a. WTF) is such a bizarre title for a movie that it seems unlikely audiences will flock to see Hollywood’s first good film of 2016. I’ve seen it twice for good reason. Tina Fey blows the doors off this baby. So does the ensemble. Martin Freeman (as war photographer Iain MacKelpie), Christopher Abbott (as Afghan fixer Fahim), and Billy Bob Thornton (as a Marine General) contribute mightily to the film’s artistic success. Sure it's American white lady propaganda. You know that going in. 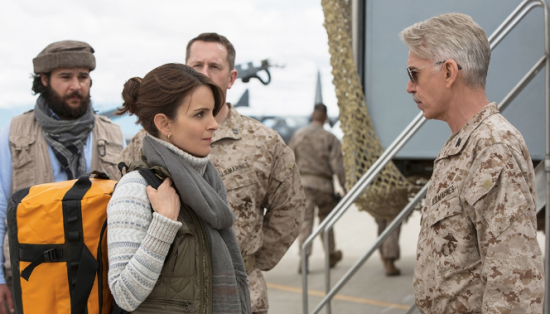 It’s a telling coincidence that the real Kim Barker, upon whose book “The Taliban Shuffle” this film is based, once described herself as “a Tina-Fey type. The heavens were listening. Fey got wind of it and optioned the book before teaming up with co-directors Glenn Ficarra and John Requa to take a running start at Robert Carlock’s seamless adaptation of Barker’s book.

If anything, the movie is paced too evenly. It's missing a dramatic centerpiece, but pushes through on the inertia if its wealth of well observed details. 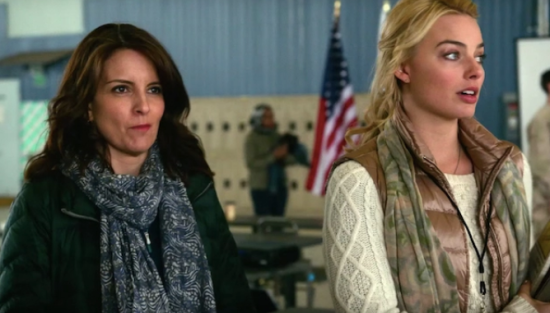 The movie squanders a potential key sequence that would show how Kim Barker handles herself alone. As fits the Hollywood formula a man, who represents her knight in shining armor, saves a drunken Kim from an unknown alley in the darkness of night. Can’t win ‘em all. This is a sign of how far Hollywood is willing to go in promoting an unapologetically feminist character; she needs a man to save her even if she manages to return the favor.

Episodic in form, and contained in mainly medium and close-up shots, “Whiskey Tango Foxtrot” blends America’s pointless Afghan war, comedy, intersecting political and cultural mores, with a thematically meaningful romantic thread. The nuanced tone of the movie is reflected in a military rescue mission that occurs at Dutch angles of blue and green lighting to the strains of Harry Nilsson’s “Without You.” The action is stylized to fit the genre, and the moment. 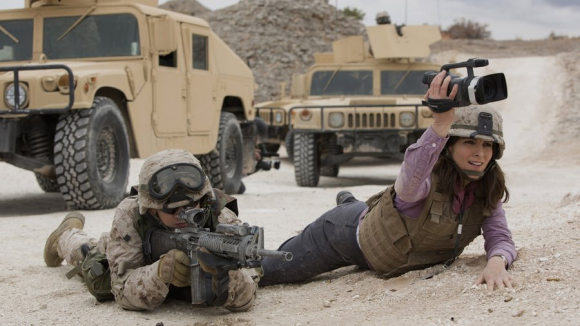 One of the film’s clearest themes states that gender doesn’t matter much; we all become products of our environment. In Kabul, “sex with strangers in restaurant bathrooms” comes with the territory for foreign journalists, and their bodyguards, regardless of whether they are men or women, much less pretty or average looking. 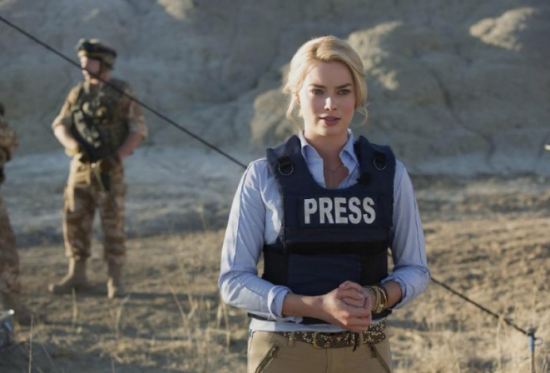 Once leaving her relatively sheltered life in the States, Kim Barker embraces her wartime environment in the “Ka-bubble” of Afghanistan. A watershed event occurs during her first embed outing. Her Humvee’s bulletproof windshield absorbs the first bullet fired by a group of angry Afghan warriors. Without missing a beat Kim jumps outside to videotape the action as she shadows an American marine like a monkey on his back. Her bravery (or professional rashness) earns her an “Oo Ra” from Billy Bob’s General Hollanek. Later, when Kim explains the reason that Marine-built wells keep being destroyed in a tiny village, we see a woman speaking truth to power in a way that has never before been shown in cinema.

The disorienting storyline spans more than three years, during which time the fearless Baker becomes a battle-tested war journo looking for her next adrenaline fix. So much so that her Afghan fixer Fahim is compelled to read her the riot act over her irrational actions of late. Kim Barker hasn’t had much cultural sensitivity training.

Kim gets a brief, and comical, introduction to Afghanistan from the first Western woman she meets, television reporter Tanya Vanderpoel (played by the impossibly lovely Australian Margot Robbie). Tanya hates to be “rude,” but just has to ask Kim for permission to have sex with Kim’s supposedly New Zealand-born bodyguard Nic. Kim gives her consent. She’s only thinking of her boyfriend back in New York. Still, Tanya encourages Kim to share in the practice of shagging your peers. When Kim demurs, Tanya blurts out the unthinkable, “Talk to me in two months when you pussy’s eating your leg.”

Normally I wouldn’t spoil a joke, but trust me; you’ll still laugh when you hear it. The irreverent zinger reflects the film’s precise use of coded ways that journalists, military officers, security forces, and afghan civilians and military communicate. When Alfred Molina's Afghan bureaucrat Ali Massoud Sadiq says he wants Kim to be his "special friend," we know what he means. 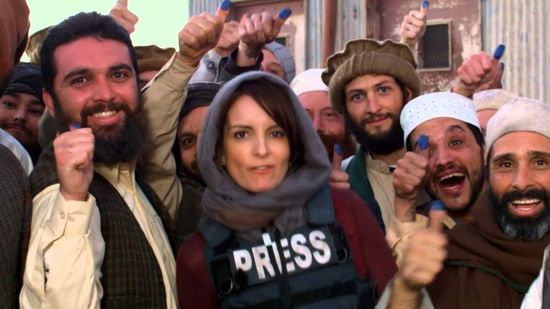 The movie explicitly addresses American media’s nonexistent coverage of the war in Afghanistan during a meeting between Kim and Geri Taub (Cherry Jones), the head of the network that funds her reporting. Geri blames it on the public’s lack of interest in the war rather than even pretend to have an editorial mind of her own. The economic signal is clear. War is money, but the media can’t sit at the big table to profit from it anymore.

“The Navy says Who Ya, the Marines say Oo Ra; don’t mix them up.”