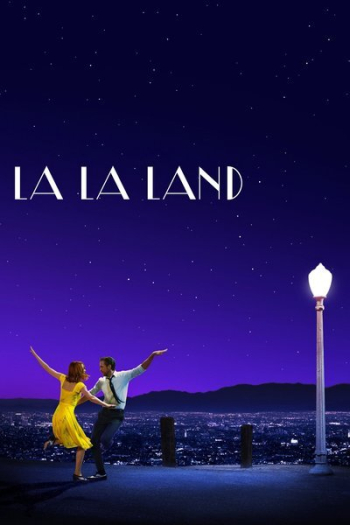 Fear not musical-film-haters, the genre isn’t about to explode with “La La Land” copycats. Gosling and Stone might be great together, but this movie leaves much to be desired. Although the film makes pained efforts to pretend it has the slightest thing to do with Jazz, the soundtrack is more akin to the music you'd find playing under a cartoon Cinderella.

You know you’re in trouble from its mad-mad-world opening song and dance centerpiece, which occurs around and on top of cars stuck in a Los Angeles freeway traffic jam. Squeeze the millennial cheese please. It feels like a Dr. Pepper television commercial from the early ‘80s. The craned-camera sequence has colorfully dressed dancers doing backflips from cars in an attempt to cram as much hoop-la as possible onto the screen. The gaudy 10-minute sequence is more Baz Luhrmann than Bob Fosse. Easily pleased audiences will be sated but this is music video dross.

The overblown set piece values presentation over representation in a musical that tries too hard and still doesn't earn its stripes. The cheesy champaign-pouring montage looks like it was cut together from B-roll.

Jazz prodigy boy meets young actress who hates jazz. Red flag. Boy should know better than take up with a Jazz-hater; it will never work out. Besides, Gosling's Sebastian is too meephy for his own good.

Stone’s actress chic Mia sits in her car, running lines for the movie audition she’s on her way to. Gosling’s brooding jazz pianist Sebastian honks at her to get moving. Fear not, they won’t be enemy rivals long.

Cut to Emma Stone’s struggling Mia going on endless tryouts. She does great acting work — as evidenced in audition bits that show off Stone's acting chops,— but she still doesn’t get any gigs. It’s tough out there, even in writer-director Damien Chazelle’s updated '50s styled L.A. fantasyland. George Lucas's "American Graffiti" would make a natural double-feature choice to go along with this film's fascination with primary colors and squeaky clean surfaces.

Sebastian can’t hold down a regular solo piano gig because he chooses to work at venues that don’t allow him to play the improvisational jazz that excites him. Sebastian thrives on rejection.

Chazelle gives an inside nod to his last film “Whiplash” by casting J.K. Simmons as the disapproving owner of the restaurant that (re) hires and (promptly) fires Sebastian for his wandering fingers on the 88s. The gratuitous casting choice does the movie no favors. Sacha Baron Cohen would have been a better choice to bring some resonance to the part.

For all of the colorful costume changes and tightly choreographed dance sequences between Stone and Gosling, “La La Land” meanders when it should glide, and rings with mood-killing alarms that interrupt more than one scene.

“La La Land” is long way from “West Side Story” or “Cabaret” — two great (determinedly tragic) musicals that this film tries to emulate. Chazelle reneges on fulfilling the film’s snappy opening tone of screwball romance. He zigs after establishing he wants to zag. This is this film's fatal flaw. Instead of bookending the joy foreshadowed in its virtuosic opening, the movie ends on a minor chord nostalgia for things to come. Yuck. It just leaves a bad taste in your mouth.

Most egregious are two distinct episode involving actual alarms (one is a smoke alarm) that break this film apart. For a filmmaker ostensibly in love with music, these jarring aural events fly in the face of responsible moviemaking. Musicians are notorious for having sensitive ears, and any that I know — myself included — say that these abrasive segments of violent soundscape manipulation are beyond the pale. But don't take my word for it; you'll know what I mean when you hear them. Rather than coming out of this musical humming a tune — the Broadway litmus test for what constitutes a good musical — you will only be thinking of these sustained sonic assaults aimed right at the audience.

Damien Chazelle wants to bring Jazz back into America’s cultural conversation – and for that I commend him — but he unintentionally cheapens the idea with saccharine sentimentality that he mutes with a downbeat ending. Any Jazz musician or fan knows that be-bop’s intrinsic element of syncopation is all about the upbeats. "It don't mean a thing if it ain't got that swing." La La Land doesn't swing. "Hustle and Flow" is a much better musical. 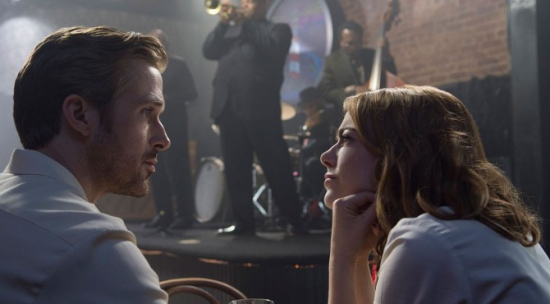