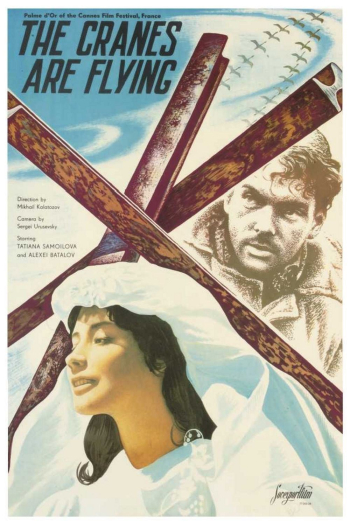 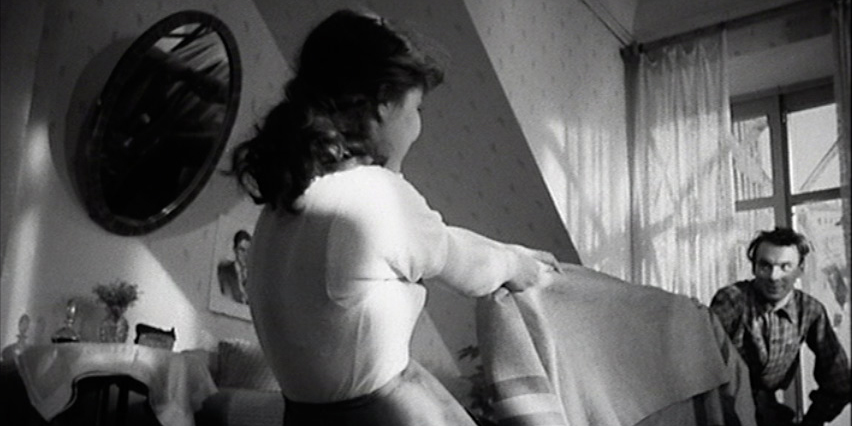 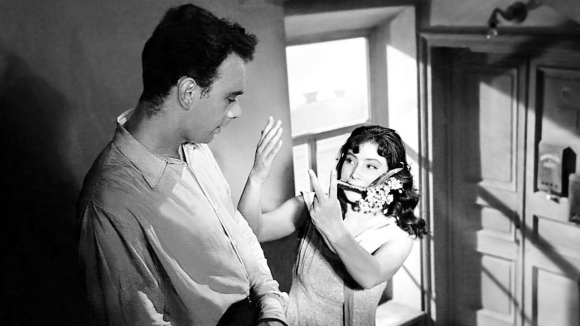 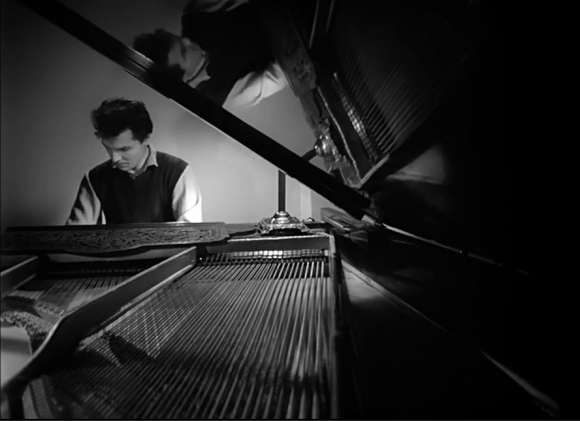 Back at home Veronika staves off romantic advances from Boris’s insistent cousin Mark, a concert pianist given a deferral from conscription — supposedly due to his prodigious musical talent. A German bombing raid leaves Veronika homeless and her own family dead. Boris’s physician father Fyodor invites her to come live with his family even as they are forced to relocate east of Moscow.  Being in such close proximity to Mark, allows him to take advantage of Veronika when circumstance allows. Their forced marriage is a mockery that Veronika escapes while working as a nurse in a hospital with Fyodor. A pivotal sequence involving a wounded soldier left inconsolable after discovering that his girlfriend has married another man, speaks volumes about the judgmental attitudes that misrepresent Veronika’s character in the eyes of society. The tone-deaf speech that Fyodor publicly gives the soldier about the kind of woman who would do such a thing, stabs into Veronika’s heart with lasting damage. 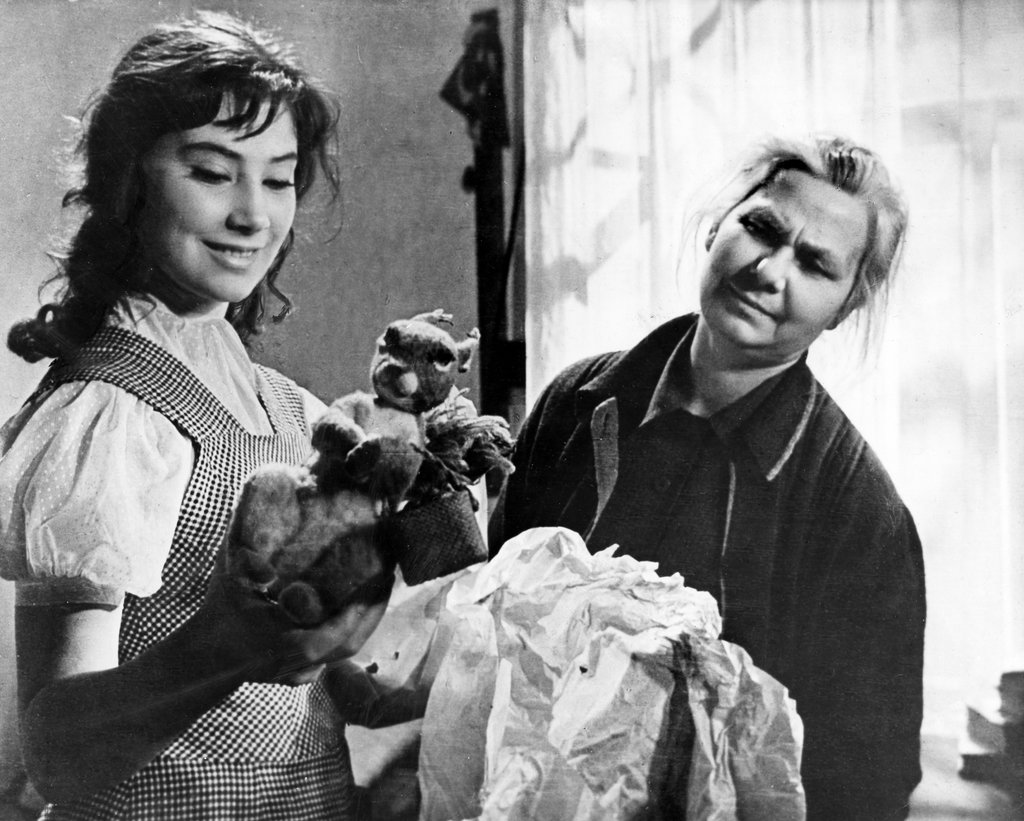