THE HOUSE ON 92ND STREET 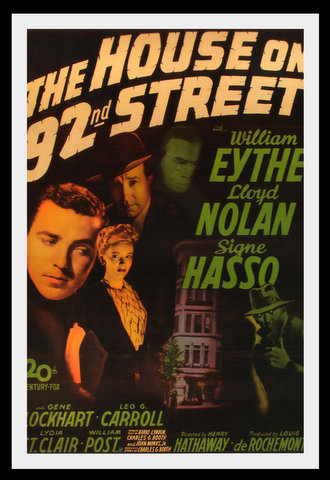 For all of the film’s publicity about it featuring actual FBI footage, the filmmakers couldn’t be bothered to use the film’s promised 92nd street location; the building featured was located on 93rd street just east of Madison Avenue in Manhattan’s Carnegie Hill district. 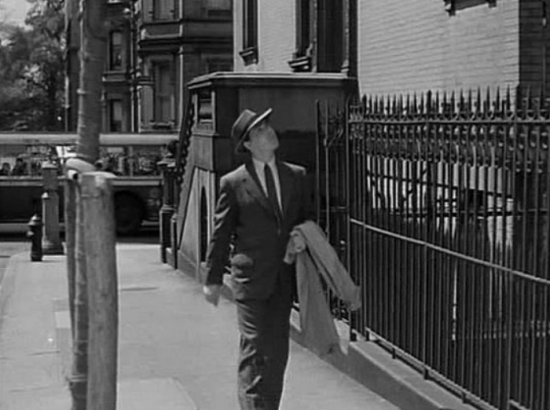 The picture was made following the same period that Luis Buñuel was hired to edit U.S. propaganda films for the Museum of Modern Art from 1940 to 1942 before Government agents got a hold of Salvador Dali’s 1942 autobiography that named Buñuel as an atheist and a Marxist.

The powers in charge had misunderstood Buñuel’s political persuasion when he replied that he was a “Republican,” meaning that he sided against General Franco’s fascist regime which was responsible for the deaths of more than one million civilians during the Spanish Civil War. Therein lies a clue about where American political leanings bent. Dali's revelation caused Buñuel to be fired from his post at MoMA. 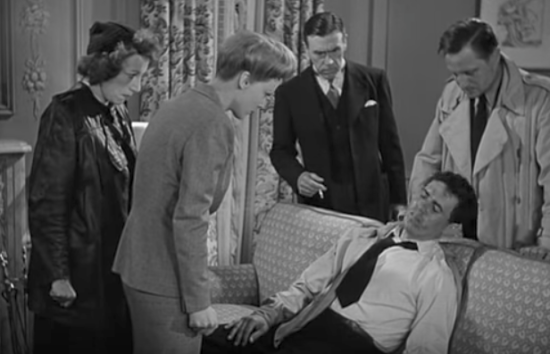 Hokey as a three-dollar-bill, “The House On 92nd Street” layers on heavy-handed voice-over narration by newsreel standard bearer Reed Hadley about the oh-so-reliable FBI’s ability to defeat foreign (namely Nazi) spy operations attempting to take seed on U.S. soil. J. Edgar Hoover’s name gets dropped a lot. Bombastic music underscores a pre-roll that credits all but the “leading players” as F.B.I. personnel. 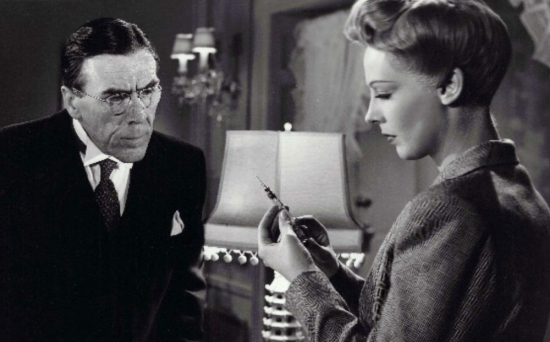 “Actual F.B.I. surveillance films” show men carrying trunks into the German embassy in Washington D.C. Director Henry Hathaway professedly shot the footage himself, guerilla-style. Nevermind that the pulp story by Charles G. Booth takes place in Manhattan. Fifteen minutes of such preamble is necessary before William Eythe’s double agent Bill Dietrich is ordered into action to investigate shenanigans at Elsa’s Dress shop at 53 E 92nd street. Signe Hasso plays Elsa Gebhardt as a villain with avarice dripping from her every movement and word. 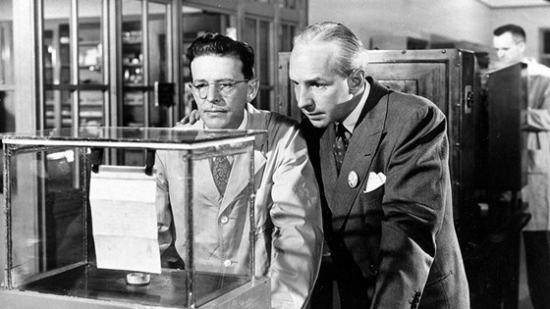 Although loosely based on the F.B.I.’s Duquesne espionage ring which captured more than two dozen spies and traitors, “The House On 92nd Street, is most memorable for Elsa’s last minute transition into male form with the aid of a man’s suit, hat, and a handsome pair of two-tone high-button shoes. I wonder if the film’s producer Louis de Rochemont (of “March of Time” newsreel fame) would have given the film’s leading part to William Eythe if he knew that Eythe was a closeted gay actor. Considering that J. Edgar Hoover exerted his considerable will over the picture, perhaps all is as was intended. 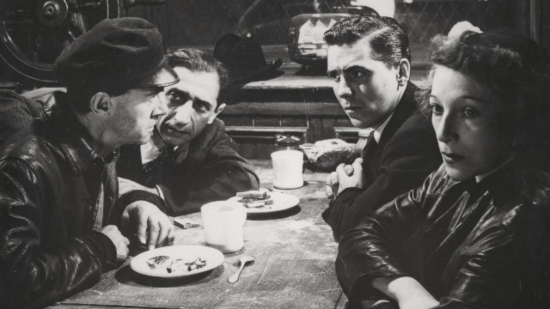 Either way, “The House On 92nd Street” is a laughable piece of American propaganda for all of the reasons you’d expect. The U.S. political machine has never understood how to under-promise and over-deliver. Rather the reverse is always proven to be true. With cartoon villains and overconfident heroes like these around, no one is safe.

Posted by Cole Smithey at 10:12:55 PM in Agitprop, Propaganda