THE SHAPE OF WATER 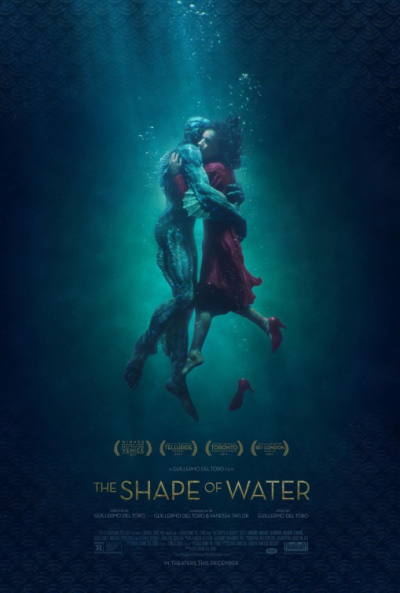 The five years that Guillermo Del Toro spent writing and developing “The Shape of Water” (with co-writer Vanessa Taylor) pays off handsomely for this return-to-form behind Del Toro’s most recent masterpiece “Pan’s Labyrinth” (2006).

The wildly imaginative auteur once again delves into magic realism, albeit with a determinedly America-based story that presses on social issues of racism and sexism in a methodical way. Everything about the film is balanced to an acute degree. The result is an instant classic of magical realism that takes the viewer deep into the souls of the narrative’s six primary characters; no simple feat, especially considering that one of them is a tall sea creature capable of biting the head off a cat or of falling in love with a human.

“The Shape of Water” is a movie that works best the less you know about it going in. Suffice it to say the story is set in Cold War era Baltimore where a mute cleaning woman (played with earthy aplomb by Sally Hawkins) finds an unexpected soulmate. 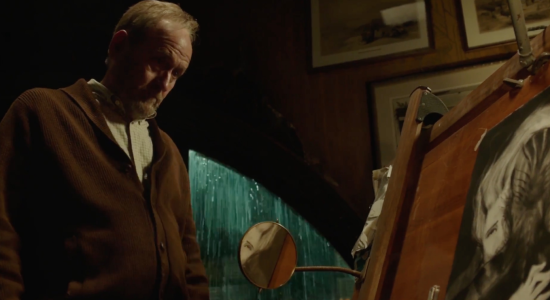 The ubiquitous Richard Jenkins gives a beautifully nuanced portrayal of a closeted gay ad artist living in the oppressive political landscape of 1962 America. Michael Shannon is ideally cast as a Government agent brought in to investigate, assess, and supervise a sea creature (elegantly embodied by Doug Jones) that is considered to be a God in his country of origin. Paul D. Austerberry’s flawless production design supports Del Toro’s mercurial approach to a stunning color palate of watery blues and greens. You will never think of turquoise, or “teal,” the same way again. Few films achieve the stunning beauty that this one does. 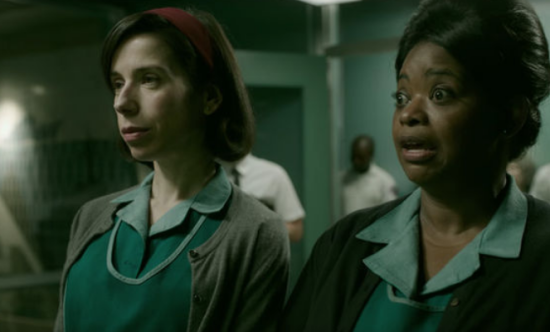 “The Shape of Water” is an unapologetically adult movie that commands multiple viewings. It is not a film to be watched on a small screen. This film’s estimable visual impact requires a large scale in order to drink in and digest its narrative weight. As the title implies, this is a movie that surrounds the viewer’s psyche and physical being. It is a film that achieves everything it sets out to accomplish. The cinematic experience of watching it is truly breathtaking. That Del Toro was able to make the movie on a budget of just $19.3 million, with Toronto sitting in for Baltimore, is a testament to his visionary and communicative abilities as a gifted filmmaker capable of creating real magic. 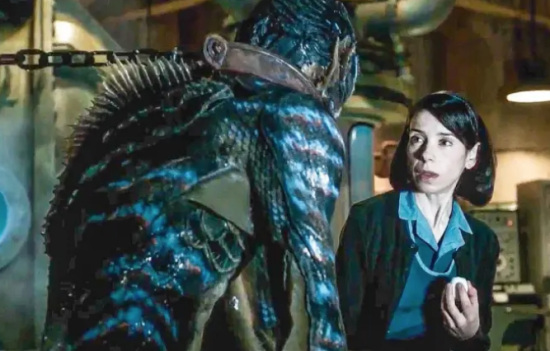