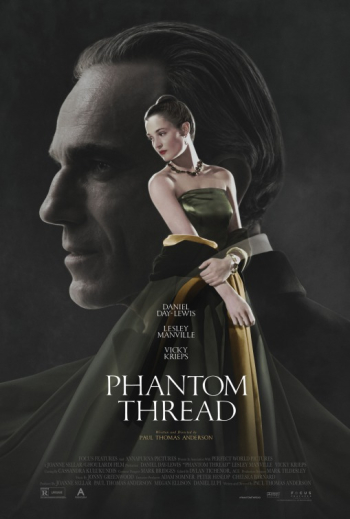 Paul Thomas Anderson’s prestige period piece is a toxic vision of a dysfunctional marriage. It is a film that self-destructs. What starts out as a ‘50s era English love story gradually tears into a tattered tale of two incompatible people whose only connection lies in the alternating currents of sadism and masochism the two can withstand. For so much ornate beauty, “Phantom Thread” is a truly ugly movie that reneges on its promise of romantic sincerity. There is nothing heartfelt here for any audience member to sew a button on. Apropos to its title there is no thematic thread to hold the film together. 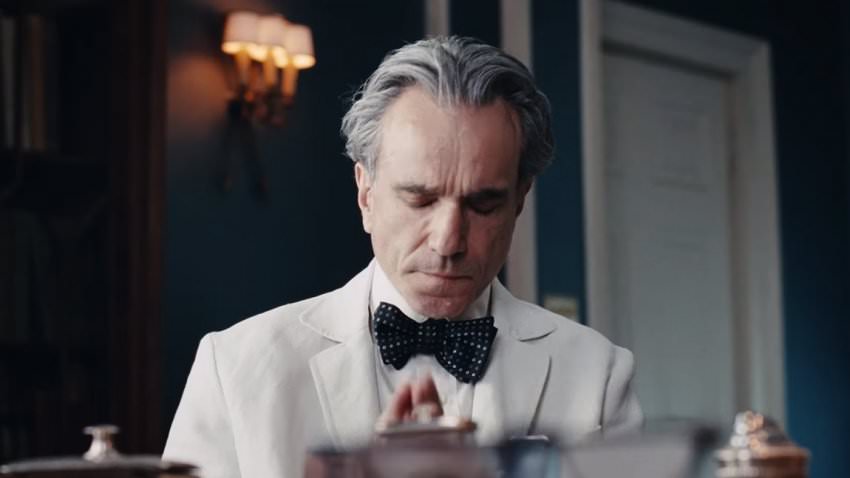 Considering that Paul Thomas Anderson wrote and directed this overwrought feel-bad-for-no-good-reason filmic atrocity, there is no one else to blame. The once-promising filmmaker responsible for “Boogie Nights” and “Magnolia” peaked in 2007 with “There Will Be Blood” (also starring Daniel Day-Lewis), but has been in free fall ever since. “The Master” (2012), “Inherent Vice” (2014) and “Phantom Thread” present a triad of undeniable failures. Perhaps it is time for Paul Thomas Anderson to take a cue from Daniel Day-Lewis, and throw in the towel once and for all. 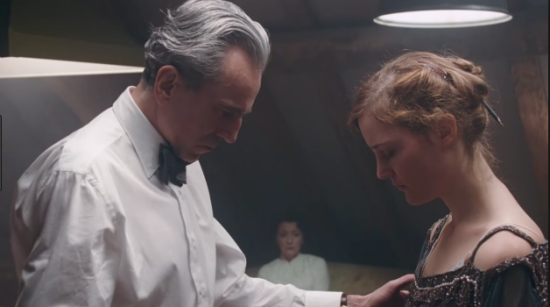 It was tragic enough that Robert Altman’s last movie was “A Prairie Home Companion,” but for “Phantom Thread” to the cap off Daniel Day Lewis’s illustrious acting career is a pill that refuses to go down. Bummer.

Day-Lewis plays Reynolds Woodcock, a mercurial fashion designer who runs his own dressmaking shop, known as The House of Woodcock. If you sense a wry dash of humor in the name Woodcock, any such lilt is snuffed out in a narrative as bereft of romance as it is of humanity. Reynolds holds so many fussy affectations that he could easily pass as gay if not altogether asexual. However, Reynolds reveals himself to be that special queer bird who exploits women for their seamstress skills and for the precise measurements of their bodies.

Reynolds makes a dire mistake when he courts Alma (Vicky Krieps), a dining room waitress of Central European descent. What appears to be a charming meet-cute devolves into a seething hatred fueled by Alma’s incessant neediness and Reynolds’s prickly nature that he uses to protect his demanding working methods. Alma wants to be Reynolds' center of attention, he wants to work. Guess who wins. 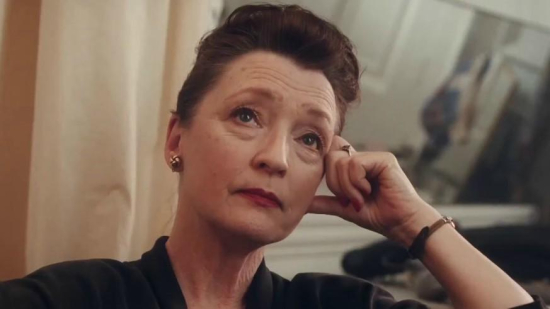 Reynolds’s sister Cyril (brilliantly played by the incomparable Lesley Manville), whom he refers to as his “little sew-and-sew,” is the designer’s constant companion and protector. Nonetheless, not even Cyril can buffer Reynolds from Alma’s little miss Lady Macbeth act once she gets rolling. I won’t spoil the plot, but suffice it to say that Alma has more in common with Kath Bates’s character in “Misery” than she does with Kate Winslet’s in “Titanic.”

“Phantom Thread” is nothing that it pretends. It is considered a cardinal sin for an actor to break character, and yet that is exactly what Daniel Day-Lewis’s and Vicky Krieps’s personas do. It’s not often that you come away truly hating a movie, but I suggest that if you find yourself loving “Phantom Thread,” you have issues with self-loathing that should be addressed tout suite. Color me disgusted. 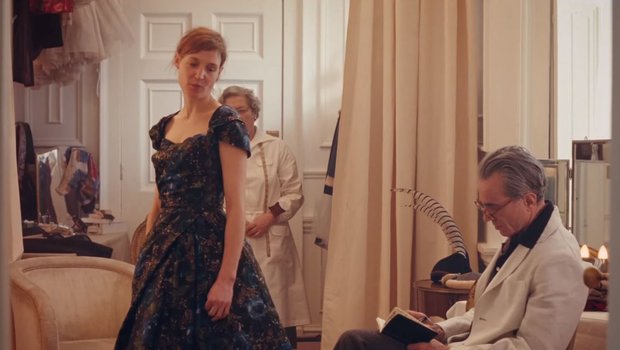