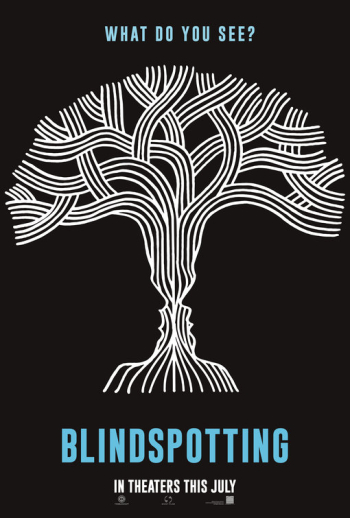 “Blindspotting” carries the burden of associating itself with Danny Boyle’s 1996 mind-blower “Trainspotting.” The slang term blindspotting refers to “a situation or image” that is interpreted in two different ways.

If you’ve seen the picture that resembles either a vase or two faces, then you’ll know it when you see it referenced in the film. It’s a fair enough title to pin your movie on even if it comes off as derivative, overwrought, and a little precious. Accordingly, these are all terms that apply to “Blindspotting,” an amateurish effort at addressing the plight of young blacks, and their similarly hip-hop culture-informed white compatriots, in and around socially troubled, and trigger-happily policed Oakland, California. 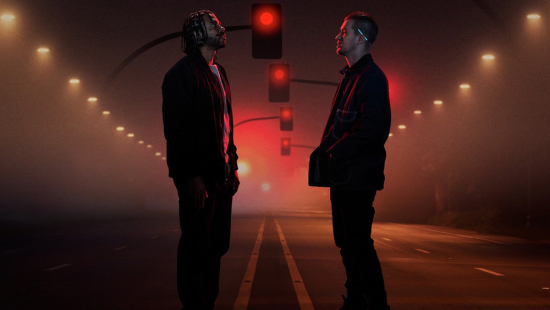 Collin (co-writer/actor Daveed Diggs) is finishing up his final days living in a probation house after serving a term in the pokey for an incident that occurred at a bar where Collin’s childhood best friend Miles (Rafael Casal) was the bouncer. The wardrobe department puts too fine a point on the film’s regional location with Collin wearing so many shirts that say, "Oakland" that you’ll never want to visit the East Bay wearing any other such attire. 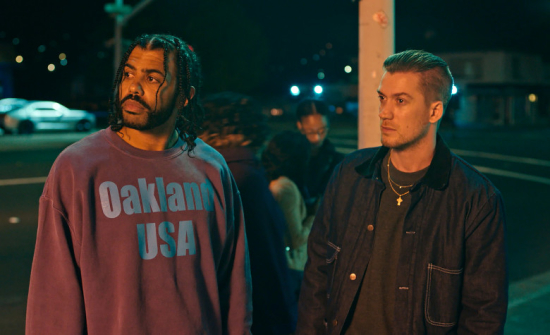 Collin is black, Miles is white. Collin doesn’t have enough common sense, or character judgement, to recognize Miles as the biggest threat to his reentering free society. Miles is this film’s antagonist, as much as local cops who treat Oakland like minority hunting ground, although most audiences won’t pick up on it. The pals drive trucks for a moving company. On his way home Collin witnesses a cop shoot and kill an innocent civilian. Needless to say, he can’t get the violent memory out of his head. Oh tourism.

The movie hits cliché rut whenever female characters come into the picture. Dialogue gets downright cheesy when the boys talk to girls. Collin is still hung up on the girlfriend who never once visited him in the slammer. Miles lives with his baby mama and child even as he recklessly carries a gun around for safety. The longtime buddies speak in hip-hop lingo as they help rich white folk move into their gentrifying neighborhood.  Bromance is good, tech yuppies are evil. 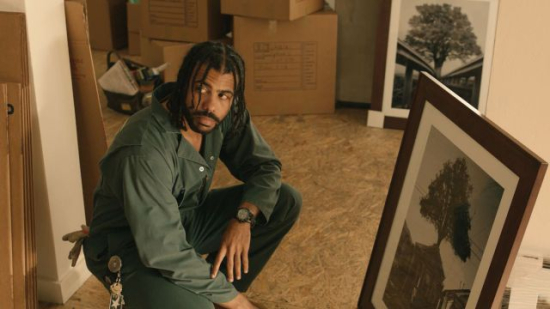 Form is another of this film’s weaknesses. The movie jolts in fits and starts with scenes that don’t always move the story along, or provide character motivation. There is a better movie hiding somewhere inside of this one, but this is the one we’re stuck with.

Inspiration is the main thing “Blindspotting” has going for it. The film is energized by two young (relatively unknown) actors putting skin in a film they believe in. Newcomer director Carlos López Estrada doesn’t possess the skills necessary to make every scene work, or to excise crumby dialogue, but “Blindspotting” is nonetheless fascinating from a social perspective. America’s ever-festering boil of racism continues to claim the lives of minorities and those unfortunate enough to be in the wrong place at the wrong time when guns are drawn. “Blindspotting” plays it safe; who can blame it for that? 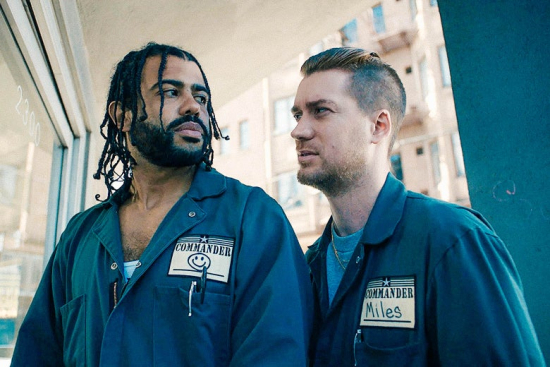