NO TIME TO DIE

No Time To Die, Except… 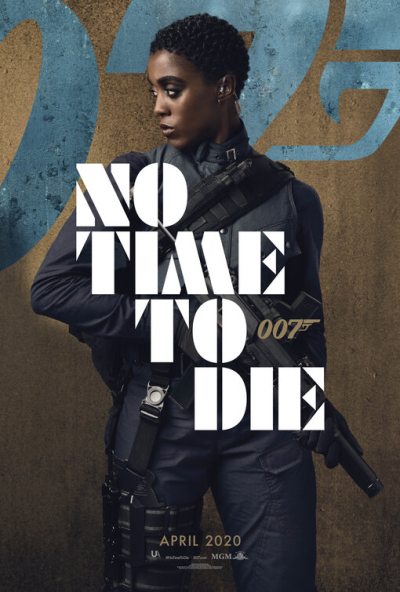 With “No Time To Die’s” plaintive theme song, Billie Eilish’s lush voice announces a young, female-led era for the longest running and most successful movie franchise in the history of Cinema. New rules for flirting should be forthcoming in upcoming installments to the Bond series considering Lashana Lynch’s bold incarnation here as the new 007, agent Nomi. Get back bitches. Baby got back. 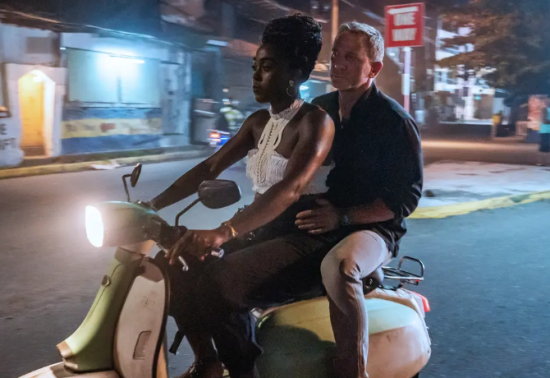 James Bond’s signature British wit, disarming charm, and deadly tactics play like an old-school symphony of ancient Cinema origins. Thrilling chase sequences and redundant gun battles lock you into the famous big-screen James Bond formula upon which the movies are built. Watching “No Time To Die” in any format other than an IMAX screen is sacrilege. Audiences in Leonberg, Germany can enjoy it on the recently-built largest IMAX in the world, measuring in at 70’ x 125.’ I had the pleasure of seeing “No Time To Die” on America’s largest IMAX screen, located at AMC Lincoln Center. Wow. What a delight. 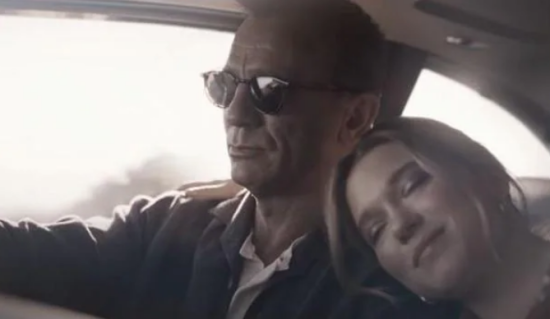 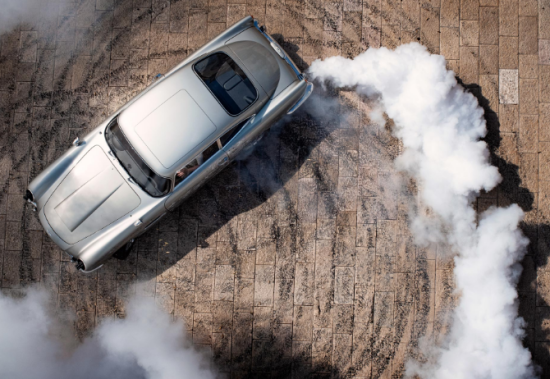 Sure the film could easily lose 20 minutes and no one would notice, but if you’re a Bond fan, more is more. Still, co-editors Elliot Graham and Tom Cross drop the ball on several many occasions when a sharp scalpel would have helped. Lacking tempo changes, especially during dialogue-heavy scenes, point to flaws in Cary Joji Fukunaga’s direction. 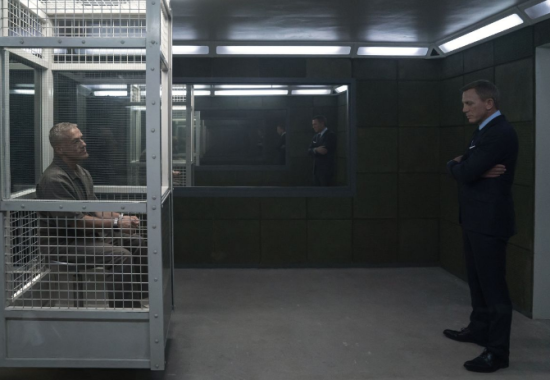 Long awaited mano y mano sequences between Daniel Craig’s ever-tightly-wound spy and his unhinged advisories, disappoint. Even Christoph Waltz, playing returning madman Ernst Blofeld (see this film’s predecessor “Spectre” - 2015), fails to hit ostensible high notes during a prison visit with Bond that draws heavily on “Silence of the Lambs” for its claustrophobic atmosphere. Blame for this film’s meandering plot also goes to a by-committee script, doctored by none other than the ubiquitous Phoebe Waller-Bridge (see “Fleabag”). 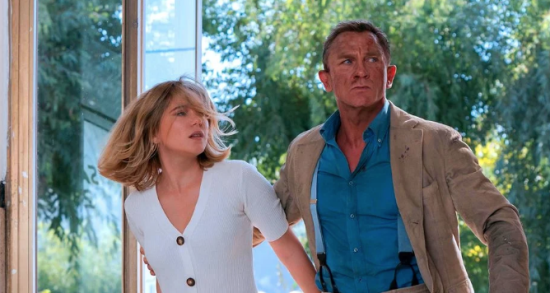 The MacGuffin this time around involves a biowarfare plan gone awry. “Heracles” (or “Hercules” if you’re so inclined – thanks Rob Brydon) is the name given by Ralph Fiennes’s character M to a diabolical DNA weapon that has the potential to wipe out specific races, or even the Earth’s entire population if so aimed. Back-stabbing scientist Obruchev (David Dencik) is a textbook Bond villain that allows Dencik to steal scenes like pennies from heaven. The DNA infused MacGuffin proves a hydra-headed thing capable of filling comic book plot holes like so much spackling on a much-dented wall. 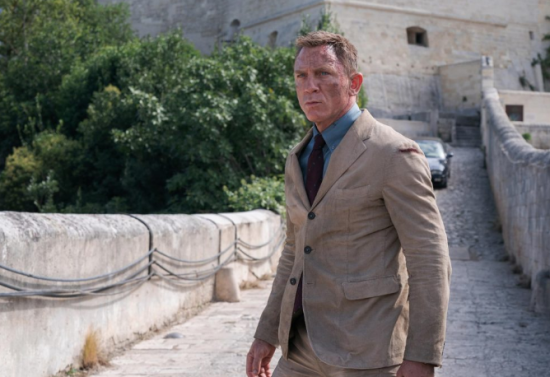 Daniel Craig allows his composed character’s guarded heartstrings to vibrate more than a little at Léa Seydoux’s feminine gaze and kiss (as Dr. Madeleine Swann), even if Cary Fukunaga fails to capture on film the intended simmering passion that Seydoux and Craig work too hard at convincing us is real. Oh but for human body adoration, or in this case a lack thereof. 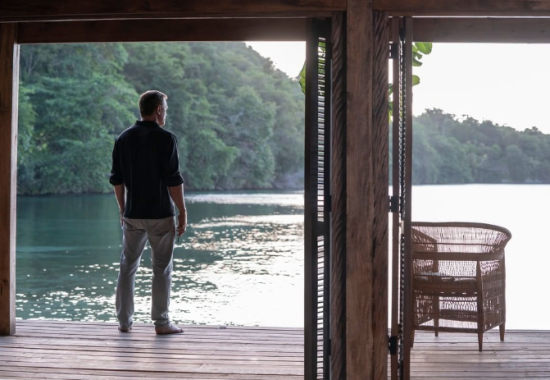 “No Time To Die” squanders more than it preserves; Jeffrey Wright’s vibrant, returning Felix Leiter character could have juiced up the movie more than the screenwriters allow. For his role as Bond’s boss M, Ralph Fiennes gives the laziest portrayal of his estimable career. M is a guy who just wants to crawl into a bottle rather than take any responsibility for the global crisis he has instigated. Still, I suppose the character is true to form for most of the corridors of power all over the world. 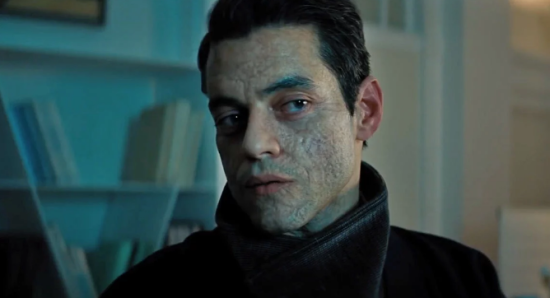 Most disappointing is Rami Malek as Bond villain du jour, Safin. Malek never lets the audience get a glimpse of his character’s insanity, so we never feel the fear or anxiety that Safin’s twisted mind should inspire. 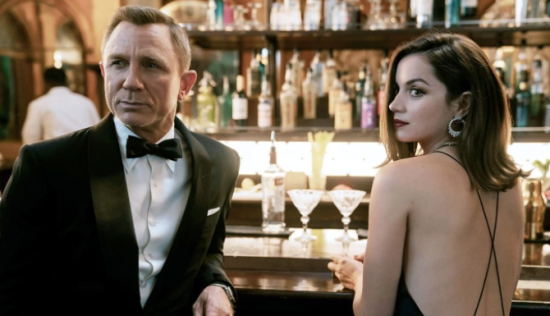 There are welcome exceptions. Ana de Armas (“Knives Out”) is a revelation as newly-minted Double 0, agent Paloma, whose outlandishly stylish scenes in Cuba spark with nerve, if not eye-popping, excitement. Indeed, the Cuban nightclub scene serves as the centerpiece of the movie that puts James Bond in a shocking spotlight. Sexy is as sexy does. 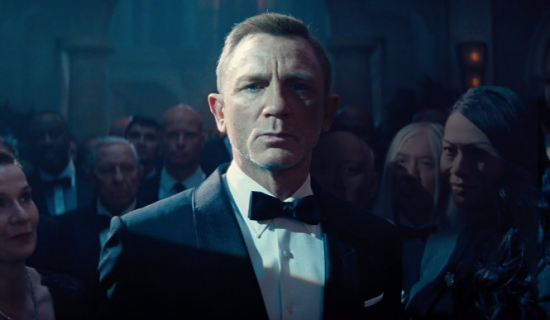 “No Time To Die” may not be perfect, or as good as Daniel Craig’s other James Bond films. It nonetheless serves its purpose as a sly social cinematic barometer. Right or wrong, things change. Lashana Lynch has our attention. It’s already time.

Posted by Cole Smithey at 04:32:48 PM in Franchise, Spy Thriller