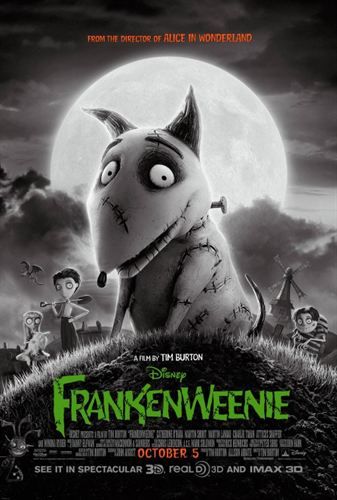 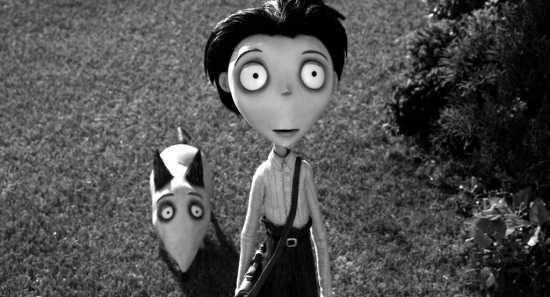 Some woolly dinner table “advice” from Victor’s well-meaning dad (voiced by Martin Short) regarding Victor’s solitary habits leads the scrawny tow-headed lad to play baseball on a neighborhood team. Surprisingly, Victor has some power in his bat. Yet the glory of his first would-be home run is ruined by the untimely death of Sparky who gets hit by a car after running for the ball. 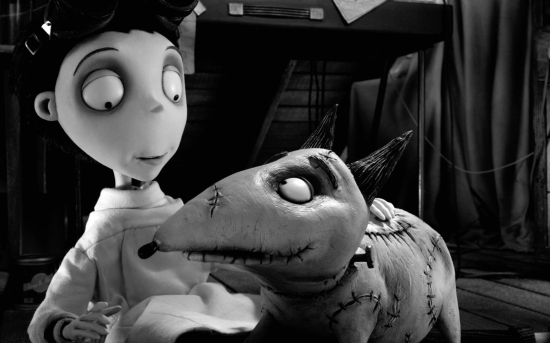 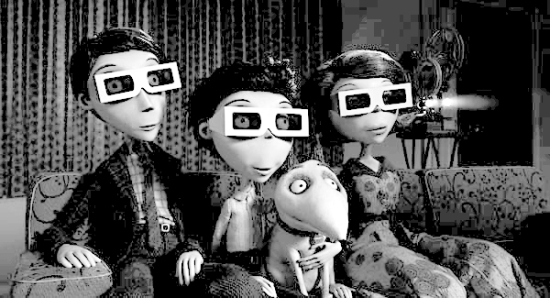 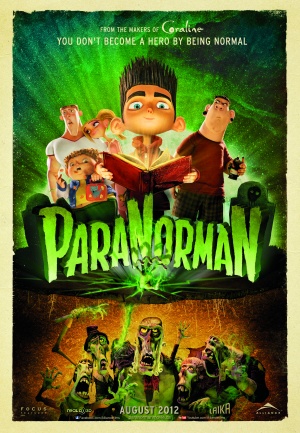 Fans of Aardman’s handcrafted style of animation will find much to enjoy in this wonderfully stylized stop-motion comedy-horror-thriller about a little boy named Norman who sees dead people, or at least their ghosts. Co-director/writer Chris Butler (storyboard artist for “Corpse Bride” and “Caroline”) teams up with Sam Fell (director of “Flushed Away”). The result is a detail-rich kids’ monster movie that strikes a fine balance between comedy, suspense, and goofy horror. You know you’re in good hands in the first minute. 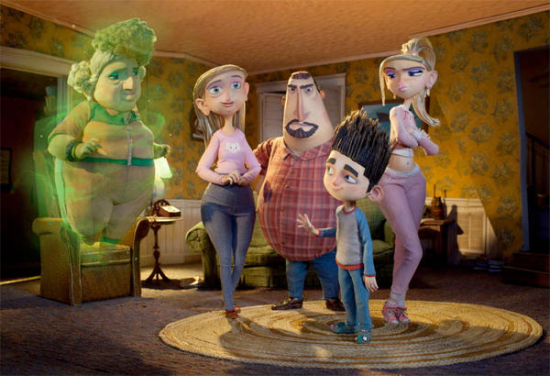 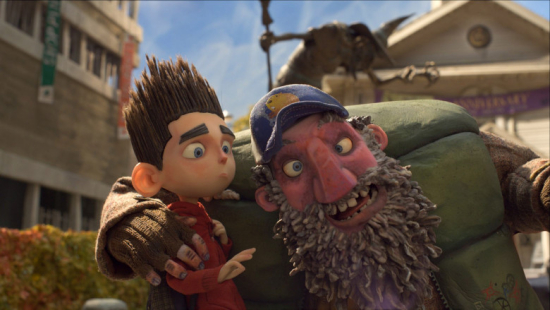 Posted by Cole Smithey at 11:15 AM in Animation, Children | Permalink | Comments (0) 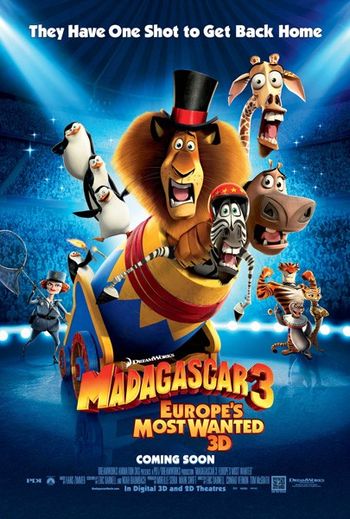 It took three directors to make the third installment in the “Madagascar” franchise, yet the compound collaboration has resulted in an impressive animated comedy. Noah Baumbach’s screenwriting contributions, alongside franchise regular co-writer/director Eric Darnell, are in evidence.

Audience chuckles and belly laughs come at regular intervals. The level of visual and narrative sophistication on display is astonishing. There are no fart jokes to distract from the fun-loving animal characters that have become like family members to a generation of young moviegoers. The filmmakers pull off a neat trick by continuously raising the stakes for audience expectations before paying off on gently implied promises with breathtaking virtuosic sequences. An eye-popping chase scene across the rooftops of Monte Carlo’s skyline hits the mark. In addition, the film’s explosion of color during a circus-themed third act climax is an over-the-top expression of dynamic animation at its finest. The filmmakers’ obvious Cirque du Soliel inspiration for the denouement takes delightful three-dimensional flight at just the right moment. 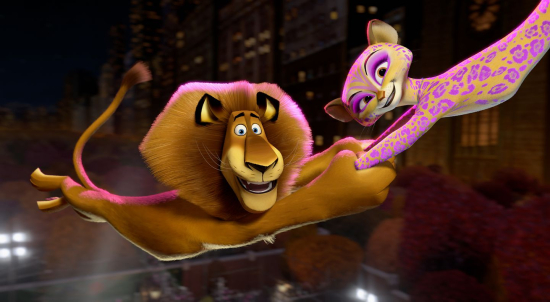 A surrealistic black-and-white dream sequence opens the movie as a tip-off to adult spectators that the movie will also address their intellects. Returning voice-actors Ben Stiller (as Alex the lion), Chris Rock (as Marty the zebra), Jada Pinkett Smith (as Gloria the hippo), and David Schwimmer (as Melman the giraffe), all deliver knockout performances. A clever editorial choice to give a circus bear named Sonya the mute trait of an actual bear, brings the animated animal world one step closer to reality. Sonya’s inability to talk hardly stops Cedric the Entertainer’s aye-aye creature Maurice from falling for her hairy charms. Maurice has a fetish he’s none too embarrassed about expressing when opportunity presents itself.

The plot couldn’t be simpler. Our familiar animal buddies are trying to leave Madagascar and return to their previous home, the New York City zoo. A brief layover in Monte Carlo brings them to the attention of Capitaine Chantel DuBois (amazingly voiced in a biting French accent by Frances McDormand). DuBois is “part bloodhound and part Cruella DeVil — with a little Edith Piaf thrown in for good measure.” There’s no telling if McDormand herself performed the French song DuBois belts out in a surprising bit of chanteuse inspiration, but the musical diversion arrives with an ear-pleasingly authentic Gallic slap and tickle. 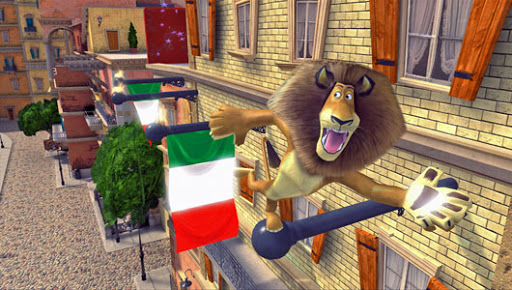 DuBois wants the severed heads of Alex, Marty, Gloria, and Melman hanging on her trophy wall. Our motley crew finds refuge in the company of a train-traveling circus with its own host of kooky animal personalities. Jessica Chastain’s slinky jaguar Gia holds romantic promise for Alex if he can just figure out how to come up with a circus act impressive enough to gain the sponsorship of a London promoter. 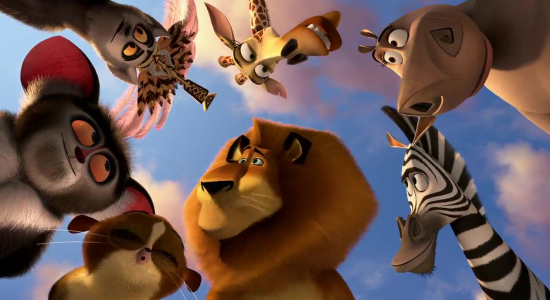 It took the orchestrated efforts of roughly 200 highly skilled artists to make “Madagascar 3: Europe’s Most Wanted.” So, it’s all the more rewarding when such a high-wire act of ensemble inspiration comes together to form a movie overflowing with hilarious surprises. For once, even the 3D aspects of an animated movie are calculated to make the audience duck in their seats a few times as objects seem to fly from the screen. “Madagascar 3” is a winner no matter how you slice it.

Posted by Cole Smithey at 11:14 AM in Animation, Children | Permalink | Comments (0)