AKEELAH AND THE BEE 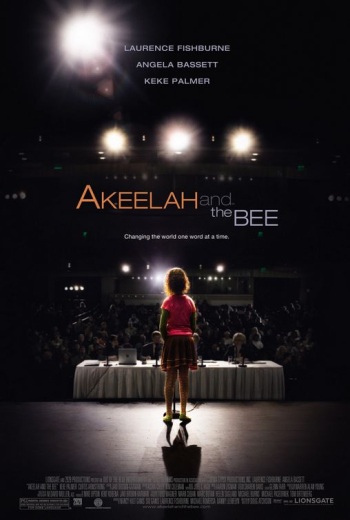 The spelling bee documentary hit of 2003 ("Spellbound") spawns a heart-warming mainstream drama impaired by its intrusive over-scored soundtrack and a lackluster performance by producer/actor Laurence Fishburne as a heavy-hearted English professor. Upstart 11-year-old actress Keke Palmer ("The Wool Cap") more than pulls her weight as Akeelah, an underprivileged South Los Angeles schoolgirl with a knack for spelling.

Angela Basset makes the most of her limited screentime as Akeelah’s widowed mother Tanya. Writer/director Doug Atchison puts a narrative foot in as many cliché landmines as he sidesteps in tailoring "Akeelah And The Bee" for young audiences. 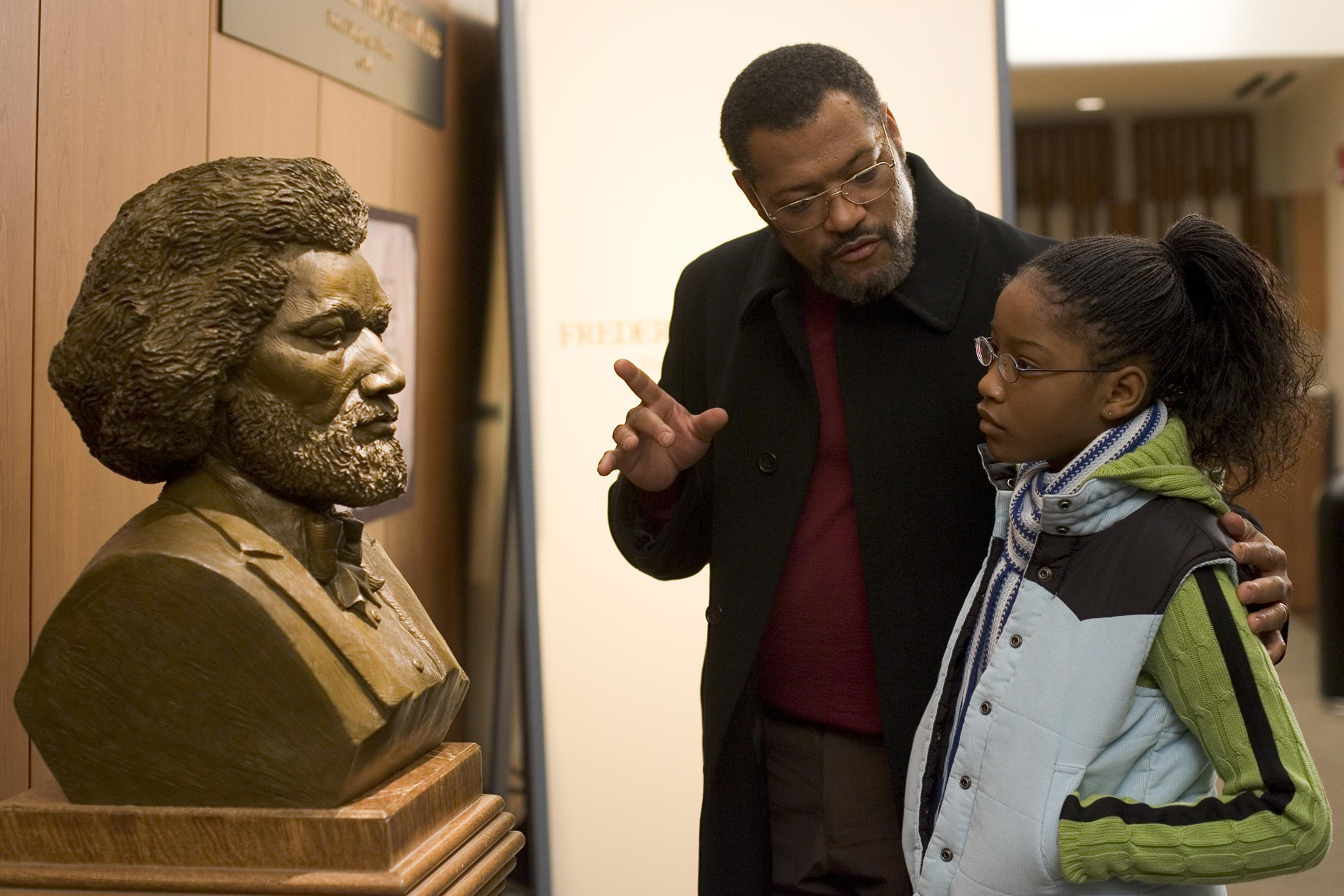 Akeelah is bullied by her Crenshaw school district peers into masking her intellect until school principal Mr. Welch (Curtis Armstrong) insists that she participate in an informal spelling bee attended by former spelling champ and college professor Dr. Larabee (Laurence Fishburne). Akeelah effortlessly wins the bee only to be personally challenged by Dr. Larabee to spell increasingly difficult words in front of the small crowd of students and faculty. After Akeelah is suitably humiliated by the experience, a personality tug-of-war with Dr. Larabee develops into a sturdy mentor/student alliance. 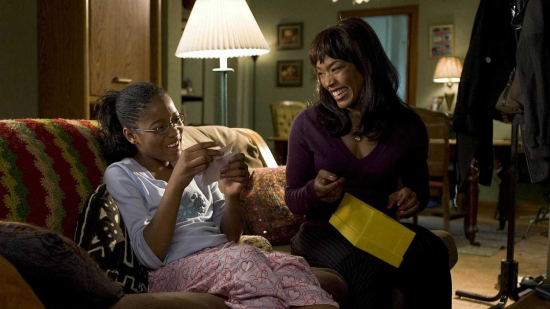 Without her mother’s consent, Akeelah sets her sights on the regional spelling competition and travels to Beverly Hills to participate in a study group with better prepared kids, when she isn’t receiving private coaching from Dr. Larabee. In Dr. Larabee’s home library/office Akeelah learns about black intellectual leader W.E.B. DuBois and the importance of Latin, Greek and French to understand the root construction of words. 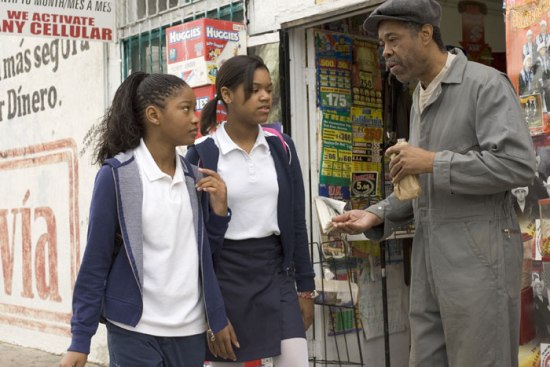 Laurence Fishburne gives such a muted and one-dimensional performance that he nearly topples the movie. As the story unfolds, we learn that Dr. Larabee lost his own daughter Denise to sickness when she was a couple of years younger than Akeelah, and that the loss cost him his marriage. Fishburne keeps his character’s inner turmoil in such a resoundingly hollow-if-well-defended place that he risks mocking the condition he represents because he telegraphs it so willfully. The only time we see Larabee spring to life is during the director’s gratuitous music-enhanced montage sequences wherein coach and student work together with call-and-response precision. 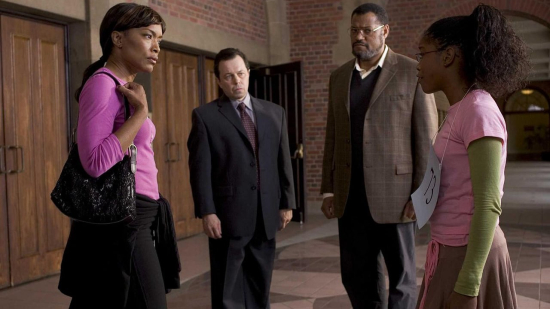 Akeelah becomes something of a South Central celebrity as she goes on to compete in the Scripps National Spelling Bee in Washington D.C. with her newfound puppy-love spelling competitor Javier (well played by J.R. Villarreal) and her not-so-arch rival Dylan Chiu (Sean Michael Afable).

Heartstrings are tugged and the final competition’s suspense is prodded with swelling music as the filmmakers consciously err on the side of sentimentality over sentiment. "Akeelah And The Bee" is a movie that parents should be happy to let their kids go see on their own; they just might start reading the dictionary.