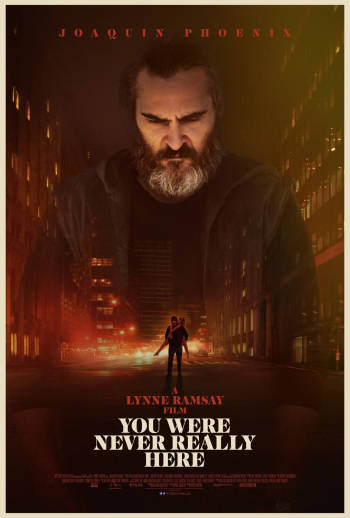 If only I had never really seen this atrocity of a movie I’d feel much better. That does it; I’m giving up on Lynne Ramsay for good. I loathed Ramsay’s last film “We Need To Talk About Kevin” (2011). Still, I was willing to give her latest effort a chance. Big mistake. I thought it possible that Ramsay had grown as a filmmaker. The complete opposite appears to be the case. 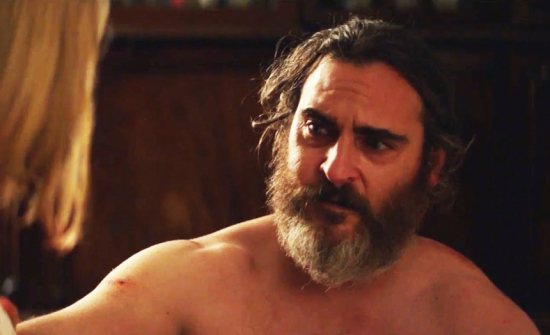 If this set-up sounds like something you want or need to see for some imagined reason, just know that there is an underwater scene that is a very close copy of a similar scene in “The Shape of Water.” You could always stream “You Were Never Really Here” and turn it into a drinking game where you have to drink a shot every time you see a reference to another movie. The influences here are much more accessible (read lazy) than the arcane ones you find in a Tarantino movie. Then again Quentin Tarantino is a real filmmaker; Lynne Ramsey isn’t. 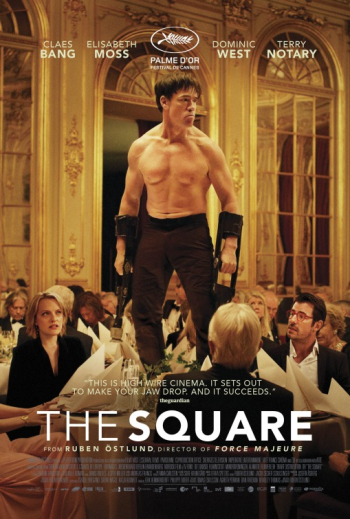 Just because a film won the Palme d’Or in Cannes is no reason to assume it is any good. Ruben Östlund’s ham-fisted, but also cheesy, attempt at self-aware social satire is in keeping with his overpraised [debut] parlor-trick drama “Force Majeure.” Ruben Östlund aspires to be a cross between Michael Haneke and Ulrich Seidl but is in fact closer to Yorgos Lanthimos, another enfant terrible wannabe.

“The square” of the film’s title represents an art instillation outside the X-Royal Museum, a prominent nouveau arts center run by Christian (Claes Bang), a Scandinavian everyman imperiled by the people around him. Is society breaking down? Perhaps. The lighted square represents a safe communal place where people help each other. 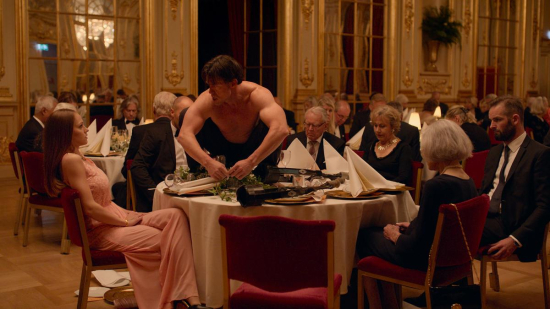 Christian’s troubles begin when he’s robbed while walking to work by a creative group of seemingly unrelated people. As Christian walks across a plaza a woman comes running towards him, shouting about being killed by a man chasing her. Another bystander protects the woman, and Christian joins in to defend her from the approaching brute. Only later does Christian realize that his watch, wallet, cell phone, and cuff links have been stolen. The entire episode was an act of carefully orchestrated thievery not unlike that which Christian’s overblown museum commits with works of art such as a room with many piles of rocks.

After being interviewed by Anne, a loose-screw American TV journalist played by the now ubiquitous scientologist actress Elisabeth Moss, Christian makes the mistake of bedding her. In the film’s most cringe-inducing scene, Anne engages Christian in a tug-of-war for the freshly used condom that could provide her with innumerable legal options, aside from the obvious motivation of impregnating herself with his semen. You have to hand it to Östlund for typecasting Moss to play such a bad-animal character; Christian is no judge of character. He’s also not very good at tug-of-war. 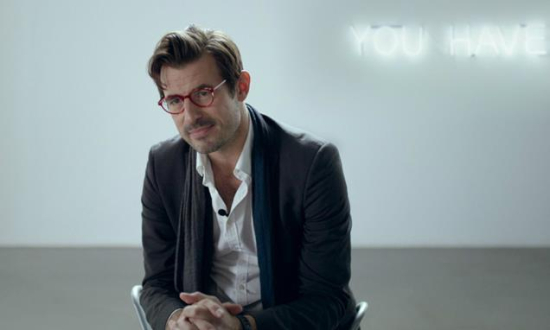 “The Square” fails as a social satire because Östlund isn’t capable of completing any of his slow-moving trains of thought. He creates provocative situations that he isn’t prepared to pay off on. Östlund got away with pulling the wool over many critics’ eyes with “Force Majeure” because the narrative rested on one blink-and-you-miss-it element. At two hours and 22 minutes, “The Square” puts its many weaknesses on flagrant display. Here is a lazy satire unworthy of a sneeze from such masters of the form as Lars von Trier. Perhaps one day Ruben Östlund will make a competent film; don’t hold your breath. 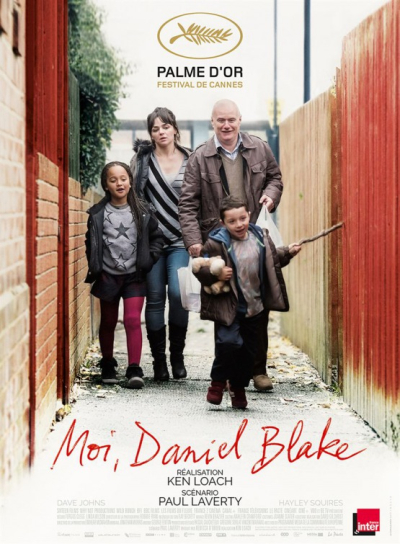 There wasn’t a dry eye in the Salle du Soixantieme for the Cannes screening of Ken Loach’s brilliant social drama.

The film corresponds to Stephane Brize’s “The Measure of a Man,” which played in competition at Cannes in 2015. That picture told of dire social conditions for France’s oppressed working-class. Naturally, Loach’s film (authored by his longtime collaborator Paul Laverty) is set in the modern day United Kingdom. Where “Measure” fell short of satisfactorily enunciating a conspiracy of unethical corporatized agencies whose clear purpose is to exile citizens to the fringes of society, Laverty’s obviously researched script delves deeper into the black market underground that people are forced into choosing.

We also witness the banal ways that modern bureaucracies conspire to abuse, humiliate, and weaken people’s daily lives. If you didn’t believe there was an international war on the working class before seeing this film, you will grasp that fact before the credits roll. “I, Daniel Blake” is a clarion call for the united sea change of social revolution represented by such humanitarian standard bearers as Bernie Sanders, Noam Chomsky, and Ralph Nader. 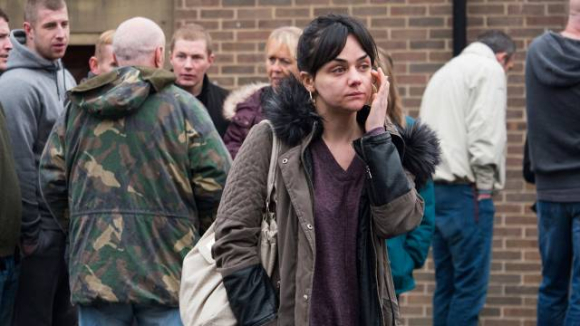 Using a cast of unknown (semi-professional) actors, Loach allows mundane social conditions that most of us are familiar with, to guide the escalating social drama. Colin Coombs gives a wonderfully contained performance as Daniel Blake, an experienced carpenter put out of his occupation due to a heart attack he suffered on the job. A man in his mid-50s, Blake’s unfamiliarity with using computers proves a major obstacle in traversing the UK's intentionally choppy bureaucratic waters to maintain his “Employment and Support Allowance” from the government. Every government agent he encounters uses corporate double-speak to abuse him. Frustrating hours spent on hold are only exacerbated when he finally gets someone on the phone. Daniel Blake is in danger of losing his benefits because an unseen “decision-maker” has denied Blake’s doctor’s diagnoses that he is unfit to work. The state forces him to spend 35 hours a week looking for work that he can’t accept if, or when, he gets a job offer.

While at the agency fighting for his benefits, Blake witnesses Katie (Hayley Squires), a mother with two children in tow, being refused service because she was late for her appointment. Blake speaks up in Katie’s defense when security guards attempt to eject her from the building. The two political outcasts strike up a meaningful friendship as Daniel comes to Katie's aid in helping repair conditions in her unheated apartment.

Dramatically understated, and yet precisely composed, "I, Daniel Blake" breathes with authenticity and unaffected emotion. While some critics have a tendency to be dismissive of Ken Loach for his constancy of purpose, I would argue that it is this exact trait that makes his films so compelling. It takes a special filmmaker to maintain such constancy of purpose. Long live Ken Loach.