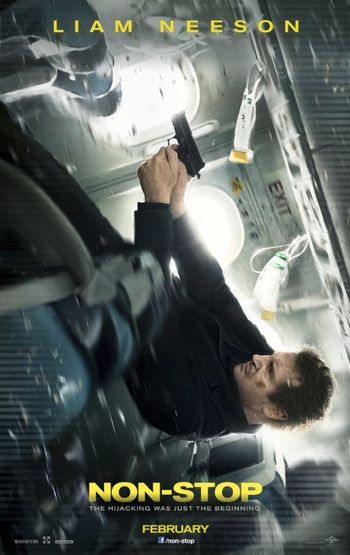 Yet another standard-issue thriller — this one starring the ever-watchable Liam Neeson on leading man duties — “Non-Stop” is a perfect guilty pleasure. So what if the plot makes little sense? The purpose of this popcorn movie is for its audience to check its collective brain at the door and soak up the film’s amusing sense of escalating suspense and calculated interplay between characters for the dumb fun of it all.

Neeson plays federal air marshal Bill Marks. Bill is an alcoholic with a wee chip on his shoulder. You know the archetype. Bill gets panicked during takeoffs no matter how much time he spends in the air; it is his job, after all. Bill winds up seated next to Julianne Moore’s dorky professional woman Jen Summers (witness Moore’s clever take on the sexy librarian). The couple will get to know each other much better during their eventful transatlantic flight.

The presence of a second air marshal onboard jumpstarts the film’s lively second act. It’s not much of a spoiler to alert you to the fact that people perish during Bill’s furious attempts to identify a mystery hostage-taker onboard.

Bill receives a text on his cell-phone from a fellow passenger. The message demands an immediate bank transfer of $150 million within 20 minutes, or else one of Bill’s unsuspecting seatmates will die. Another will be killed for every additional 20 minutes that passes until the money is delivered.

The limited areas of the airplane’s choked interior allows director Jaume Collet-Serra (the director of “Unknown,” the film that established Liam Neeson as an action-film leading man) to maximize the film’s well-placed budget toward a spectacular climax that pays off on the movie’s goofy premise.

Cinematographer Flavio Labiano takes advantage of stylish production and lighting elements to give the movie an intriguing modern look. An inventive use of over-layered text graphics during text exchanges between Bill and the unknown villain, adds to the film’s glossy and fluid visual designs. “Aqualantic” is the name of the airline. The made-up title speaks to the screenwriters’ cool sense for blending style with substance. A casting masterstroke places Michelle Dockery (of "Downton Abbey" fame) opposite Lupita Nyong (“12 Years a Slave”) as the flight’s pair of fearless stewardesses. Both actresses contribute mightily in supporting roles that are anything but throwaway.

Neeson and Moore share a groovy chemistry that elevates the thriller MacGuffin underpinning the action. Bill trusts Jen enough to confide in her regarding the crisis. Bill needs Jen’s help, and he doesn’t think twice about requesting it. Still, Bill has doubts about Jen as a possible suspect in the midst of escalating tragedies that unfold.

The movie stays well within its PG-13 rating confines. Hardly a drop of blood is shown. Collet-Serra keeps the tone focused and clean, with a touch of romantic tension for good measure. Humor thrives amid the chaos that afflicts the film’s large-but-contained group of miscellaneous character types. The filmmakers aren’t above the camp fun on display. Everyone is in on the joke — including you.

THE COMPANY YOU KEEP 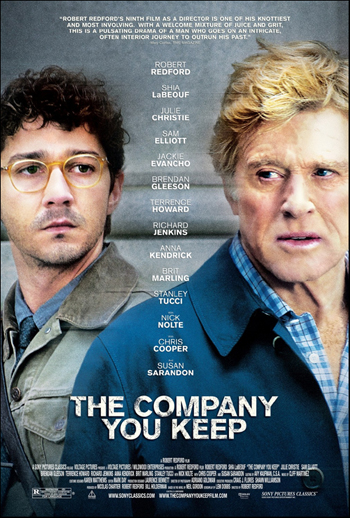 A movie in search of a story, this Robert Redford-directed flop has all the interest and suspense of a piece of burnt toast. The fate of three former members of the American ‘60s radical left group The Weather Underground sets the film’s plot objective. A scant crash-course in the homegrown terrorist organization reveals that one of the group’s members shot and killed a security guard during a bank heist that took place in Michigan. Attempting to topple the U.S. government by robbing a bank doesn’t exactly couch the group as having a clear strategy back in the day. Currently, former group member Sharon Solarz (Susan Sarandon) turns herself in to authorities after remaining hidden for 30 years disguised as a suburban housewife living in upstate New York.

Enter Shia LaBeouf’s laughably portrayed go-getter newspaper reporter Ben Shepard to start snooping around. LaBeouf repeatedly pushes his glasses up on his nose to show he’s a modern-day hippie journalist who understands, if not identifies, with the matured activists he follows like a cat sniffing a trail of tuna. Equally problematic is Stanley Tucci’s wobbly supporting performance as Ben’s editor. Tucci is just not serious or mean enough for the role of a demanding print newspaper supervisor.

Mimi is the only member of the group still engaged in activism, and yet the screenwriters barely scratch the surface of her reality as a guerilla freedom fighter other than someone living off the grid. 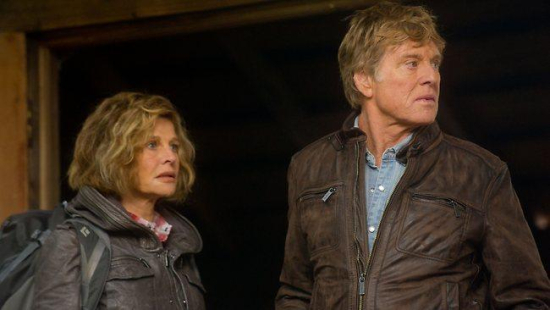 Terrence Howard is sorely miscast in his under-developed role as the FBI’s lead agent. The movie would have more interesting if Howard had been cast as the reporter instead of LaBeouf. Not that it would have improved the storyline, but the movie would have been more appealing.

What promises to be an ostensibly self-assured examination of leftist principles crushed by a militarized fascist corporate monolith, transgresses into a meandering chase movie with very little at stake.

To the film’s detriment, Susan Sarandon’s character — the most intriguing of the bunch — gets lost in the shuffle. Redford’s socially reformed milquetoast role barely registers as anything other than half of shared protagonist duties opposite LaBeouf’s anemic performance. 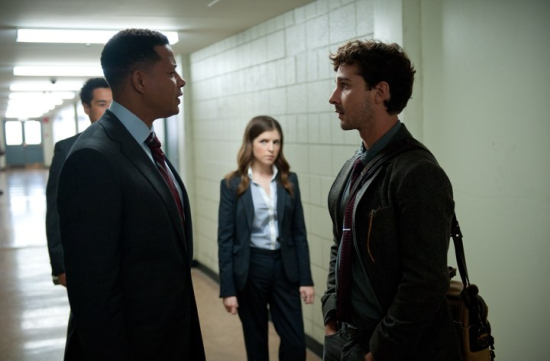 The trouble with “The Company You Keep” is that it isn’t about anything. It does nothing to move the conversation forward about a capitalist system so riddled with corruption that there is no other example to follow. It’s a movie that makes its audience want to curl up in a ball and sleep for the next ten or twenty years. 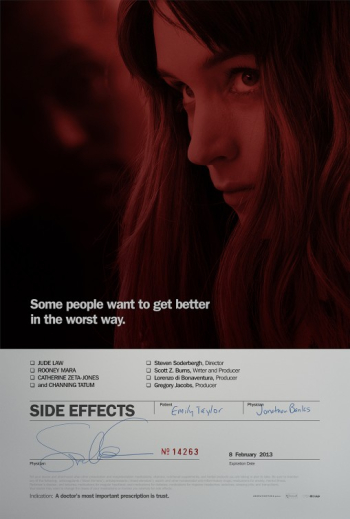 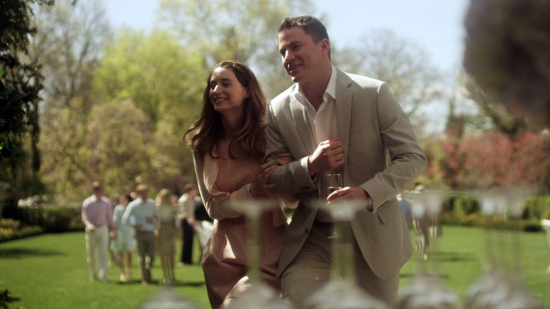 Emily’s hunky husband Martin Taylor (Channing Tatum) is freshly out of prison for insider trading, yet nothing can keep Emily’s blues at bay. A troubling “accident” puts Emily in the care of psychiatrist Dr. Jonathan Banks (Jude Law). No other actor would have been better cast to play a character as fraught with ethical challenges and simmering inner turmoil. Dr. Banks puts Emily on an SSRI (selective serotonin reuptake inhibitor); sadly the pills fail to achieve their desired effect of quelling her suicidal, and even homicidal, thoughts. 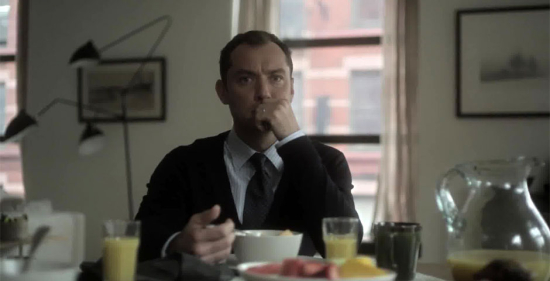