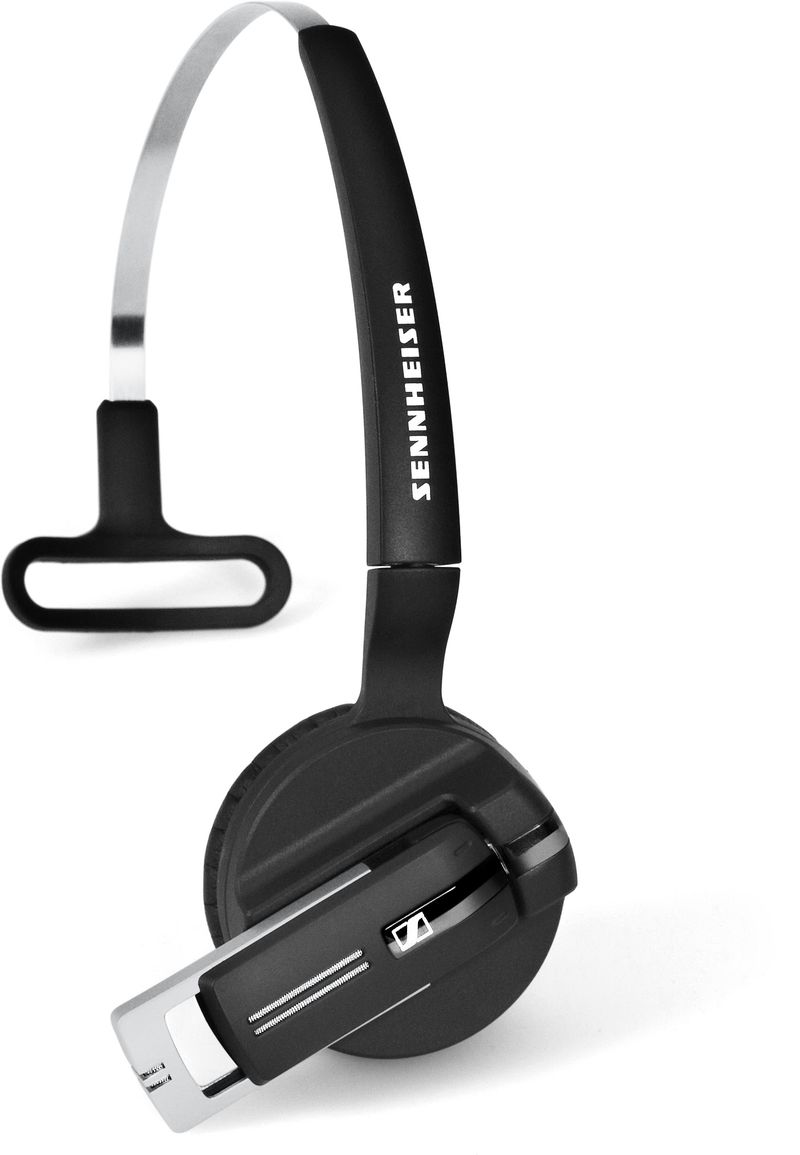 Old Lyme, Conn., April 25, 2016 – Sennheiser announces it has launched the latest generation of its award-winning, PRESENCE™ Mobile Series premium headsets for Unified Communications (UC) - the essential choice for business professionals on the move or in the office.

Sennheiser PRESENCE™ Bluetooth® headsets are a popular choice for mobile professionals seeking a lightweight, slim headset solution that delivers outstanding HD sound quality. The audio specialist has now revisited its winning formula and is introducing a new generation of models offering an even clearer communication experience due to enhanced noise filtering technologies. In addition, the headsets improve ease of use and flexibility with a wider choice of comfort-enhancing wearing styles.

Raising the bar further with the enhanced PRESENCE™ Mobile Series, Sennheiser’s mobile headsets now offer better performance in the most challenging sound environments, such as in the office, in the car or when in windy outdoor surroundings. PRESENCE™ has been improved to more effectively reduce background noise and provide the consistent, clear listening experience that professional communication demands. This superior audio performance is ensured by a best-in-class system based on three digital microphones, working seamlessly together with a suite of advanced technologies, such as Sennheiser’s new, Advanced Own-Voice-Detector, SpeakFocus™* and WindSafe™**.

Sennheiser’s Advanced Own-Voice-Detector continuously monitors the environment to determine whether the user’s voice is present or not. When detected, the state-of-the-art system reacts immediately to provide optimal speech intelligibility while at the same time reducing disturbing background noise.

When the user is not speaking, a new, integrated feature automatically and gradually diminishes all distracting background noises, such as keyboard or paper rustling sounds, to make the communication experience even more enjoyable for the listener. As soon as the user starts to speak again, the intelligent system reacts instantly to deliver optimal speech quality.

The enhanced PRESENCE™ Series now also offers a greater range of options to ensure excellent user flexibility and wearing comfort. Thanks to the new optional headband, a three-in-one design provides a choice of wearing styles – in ear, with the ear hook and with the headband. In the office, the headband can be placed in its charger stand making it convenient to swiftly take calls and recharge when not in use, providing a full day’s talk time with a single charge (8 hours wideband, 10 hours narrowband).

With the ability to switch effortlessly between softphone and mobile calls, PRESENCE™ effectively combines the in-office headset and the mobile headset in one elegant solution. Used with a PC and dongle, the headsets’ increased wireless range gives the freedom to move up to 25 meters while on a call. PRESENCE™ UC variants are certified for Skype for Business and compatible with all major UC and softphone brands.

“Technology has freed businesses to operate with ever greater flexibility, with teams able to work virtually and stay connected anywhere,” said Andreas Bach, President at Sennheiser Communications A/S. “Premium audio technology is making this ever easier – allowing business professionals to communicate with perfect clarity, no matter when and where. Ultimately, we are competing with – and closing the gap on – face-to-face meetings. This is why Sennheiser is continually striving to drive further audio performance from even our best products.”

**WindSafe™- dynamically selects the best mix of the three microphones to optimize voice and reduce wind noise to ensure the clearest possible sound is sent to the listener.

About Sennheiser
Audio specialist Sennheiser is one of the world's leading manufacturers of headphones, microphones and wireless transmission systems. Based in Wedemark near Hanover, Germany, Sennheiser operates its own production facilities in Germany, Ireland and the USA and is active in more than 50 countries. With 18 sales subsidiaries and long-established trading partners, the company supplies innovative products and cutting-edge audio solutions that are optimally tailored to its customers' needs. Sennheiser is a family owned company that was founded in 1945 and which today has 2,700 employees around the world that share a passion for audio technology. Since 2013, Sennheiser has been managed by Daniel Sennheiser and Dr. Andreas Sennheiser, the third generation of the family to run the company. As part of the Sennheiser Group, the joint venture Sennheiser Communications A/S is specialized in wireless and wired headsets and speakerphones for contact centers, offices and Unified Communications environments as well as headsets for gaming and mobile devices. In 2014, the Sennheiser Group had sales totaling €635 million.www.sennheiser.com

For more information on our professional headset and speakerphone solutions, please visit www.sennheiser.com/cco or contact: